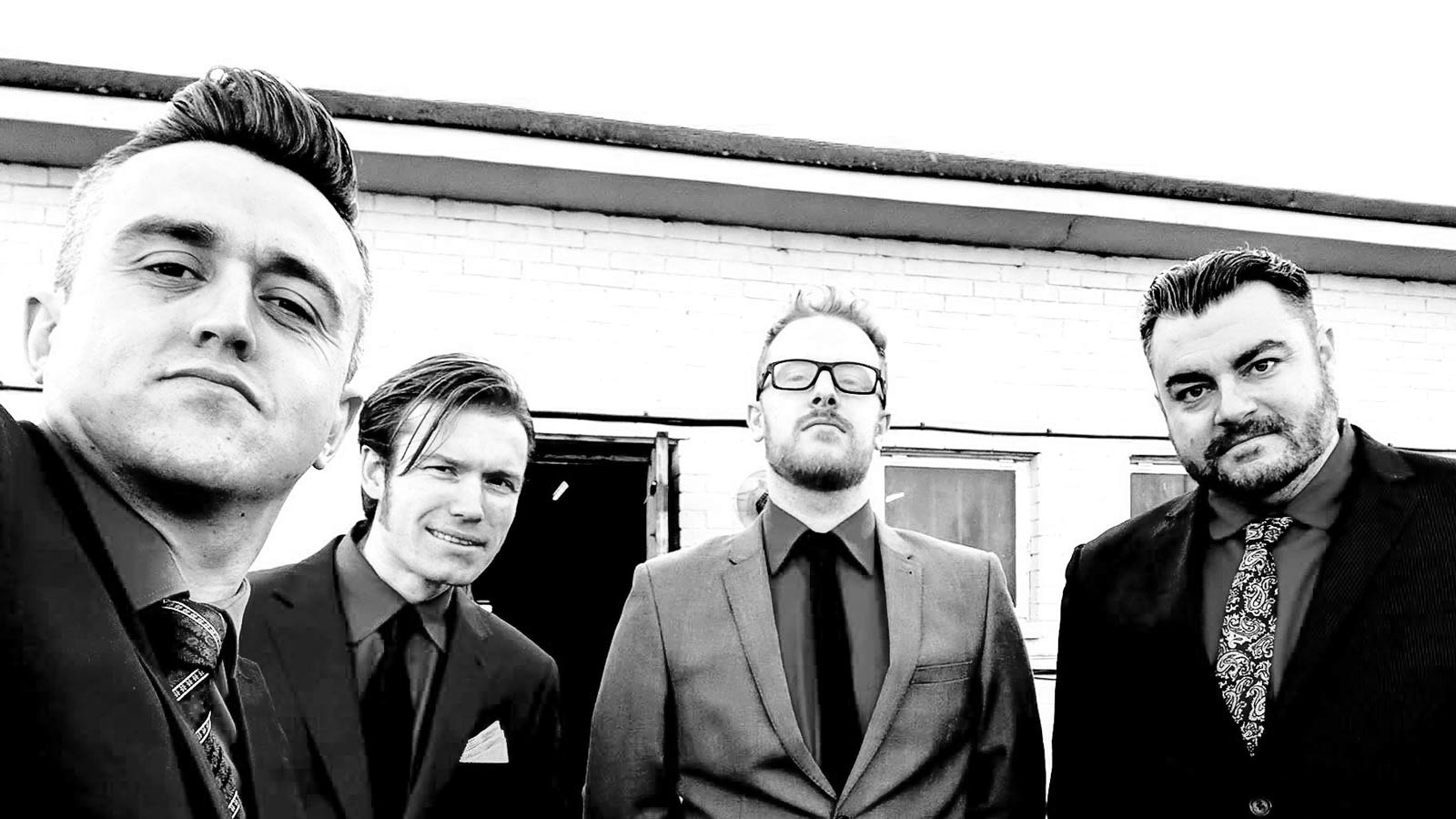 It’s high time to find out more about Snakerattlers endorsed punk rock band, The Shakin Nightmares. Time to get inside singer Ryan Pilot’s head. A pleasure to interview such a candid man about subjects still considered taboo.

Does your latest video highlight a social concern? It could be mental illness, issues with secular religion or crime and its impact on a place you call home, but do enlighten me.

Ryan: I guess all of our songs and our whole band is concerned with mental health. The entire project is a way for us to have a positive release of energy, to express ourselves and try to get rid of the darkness in our minds. The concept of exorcising someone represents a struggle to rid us of the demons we have inside. And that’s what we want to help our audience do at our live shows. Which is why we put so much energy into them and encourage everyone to move about and forget whatever shite they are dealing with and just enjoy themselves for a bit.

Can you cite an experience of late which you’ve had to work through? What ‘demon’ have you had to shake loose?

Ryan: It’s a work in progress and a constant battle. There’s something inside of me that causes anxiety, causes me to treat others poorly, blame the world for my problems and I need to recognise it and dismiss it. But it’s as much physical as mental, the thing that has made the most significant positive impact has been martial arts. I started training just under two years ago. I have to go to BJJ or MMA class and work the stress, the “demon” out of me, direct aggression and anger into something positive with other people trying to make the same positive change in their lives. Afterwards, I’m peaceful, grateful, calm and a better person. You can never shake those demons loose permanently though, it’s a lifetime of work, and you have to accept that.

Fascinating. There must have been some tipping point? An incident that woke you up and made you challenge an unhealthy cycle?

Ryan: Yeah, not long after I got married, my wife told me she was unhappy. It was because of my mood and snappiness at home. It absolutely broke my heart because all I want to do – and should do – is love and care for her. I made the decision to change the next day, and it’s one of the best I’ve ever made.

Appreciate the candidness there man. Keen to know if you’re the kind of band that discusses lyrics? It’s amazing how many musicians admit to not knowing what their singer is mouthing on about.

Ryan: Occasionally I will, with some songs, I’m always happy to, but the band tend not to ask. I think they’re more interested in the music than the written word, whereas both are equally important to me.

What lyrics would you say are the most personal on the new EP? Care to share?

Ryan: The intro track, (I’ve Got) The Shakin’ Nightmares is pretty simple. I have quite a lot of nightmares, which is why the band has its name, I wanted to call it The Nightmares but that was taken. I thought the imagery of shaking with terror in your sleep was a suitable one. And also because it sounds like ‘waking nightmares’. Again, along with the themes of the darkness within us manifesting itself. ‘Revenge’, well, that’s from quite a few years ago and how I felt at the time about a former friend who I felt betrayed me. I don’t feel like that at all now about him, and I try not to indulge in feelings of revenge because they’re not healthy, but the song is a bit of a catharsis. ‘I Wish’, I don’t want to say too much about this one because I don’t want to upset anybody. It’s about a time when I made a poor life decision and felt completely stuck in a situation that I deeply regretted. ‘A Little Death’ – sorry that one’s too personal and recent, you’ll have to guess! I will say it’s about overcoming suicidal thoughts and deciding to live but coming up against an even greater hurdle later in life which feels like death anyway.

Appreciate your candidness on the very tricky subject of mental illness. You rock.

“I have always been open to writing any genre and style. I guess that’s why the Moonsama chaos methodology resonates… END_OF_DOCUMENT_TOKEN_TO_BE_REPLACED

Hidden away in a desktop file named ‘father’ in a studio overlooking the Adriatic sea, there was a lost, forgotten… END_OF_DOCUMENT_TOKEN_TO_BE_REPLACED