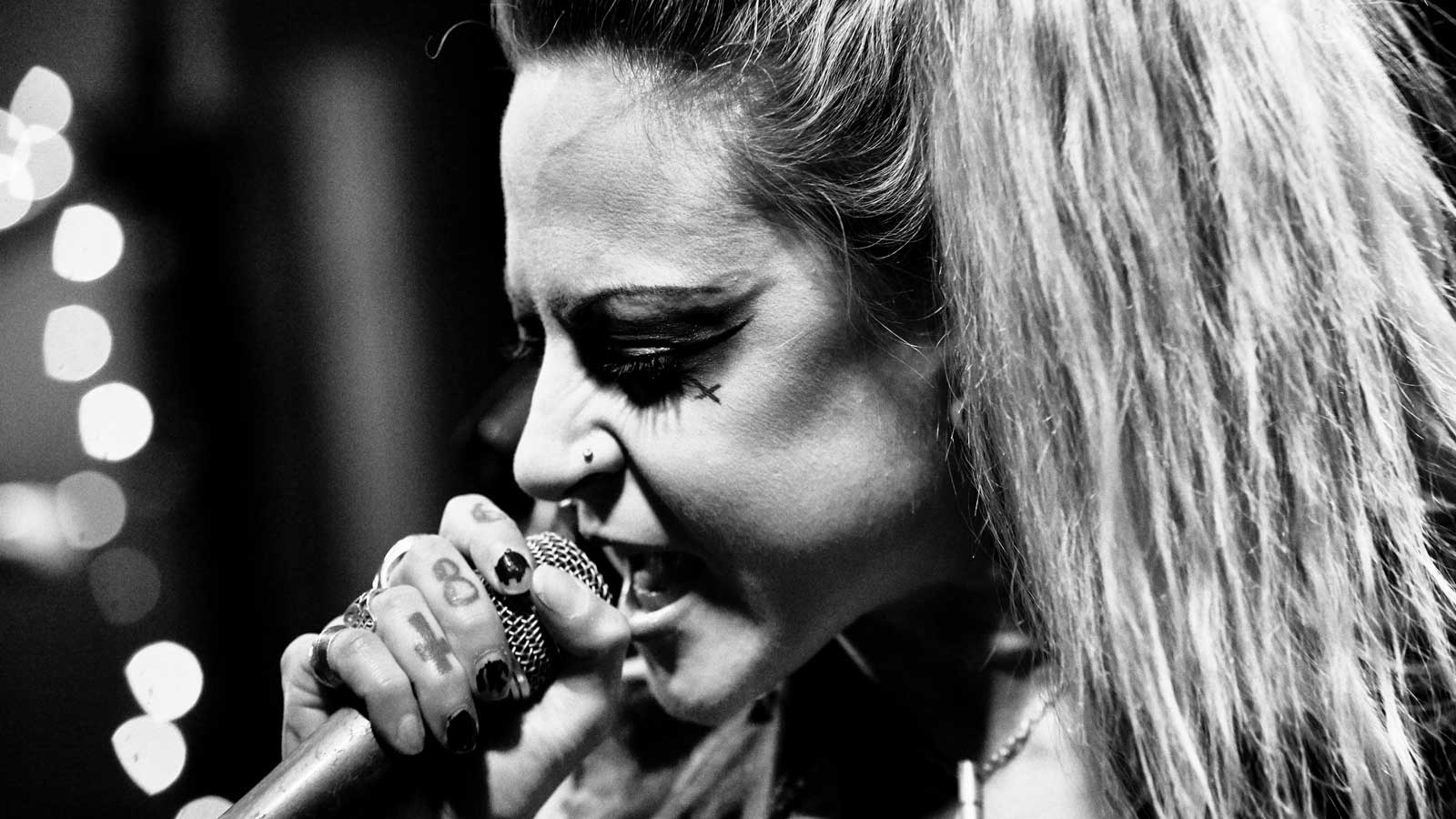 Disability and music are old bedfellows, so why is it that such a relationship isn’t given more of a pedestal in blogs and media surrounding the various underground scenes? Music photographer Rupert Hitchcox has a chat (one of many I hope) on his experience and musings on the subject.

Thanks for agreeing to the interview Rupert. For the record, can you tell us about the nature of your disability?

Rupert: I have FND (Functional Neurological Disorder), I developed it after having my neck broken in an assault.

No doubt, this condition has altered your lifestyle somewhat. You use a cane to assist you, thus making you visibly disabled. How has that visibility affected your social life on the underground rock scene?

Rupert: I have tried not to let it affect me, as I have to keep moving all I can, so the music scene has been a saviour in that respect, giving me a reason to get out. Of course, there are days when the pain and shakes are too bad to get out, but I try to manage it as best I can.

How many gigs do you go to a week on average?

Rupert: I try to get to about three but can be more. I’ve done five this week, it’s been a good week.

Campaigns regarding POC and non-binary topics are all the rage on the various scenes. Still, there seems to be a lack of focus on the issues of disabled musicians. Would you agree, and if so, could you stipulate why?

Rupert: Yes, I would agree. This topic came up while talking to some promoters at the BBC Music Introducing Live event the other week. Some promoters and I were talking about the fact it should not make a difference if you’re disabled, look at Jeff Healey for example. He was a visually impaired guitarist. I think it’s about self-belief and the fact you can do it, but I think the industry ought to do more to promote and push the accomplishments of those who have other challenges.

Could you detail an incident that might illustrate the discrimination you’ve had to face?

Rupert: I’ve had people stop talking to me altogether when they realise I use a stick or they see me have a convulsion.

That’s horrible. Why do you think they react so negatively?

Rupert: It says a lot about their insecurities. I’ve faced plenty of discrimination, some a lot worse than that and I know for a fact it’s due to their own perceptions. The thing that scares them is that, what I have, could have easily happened to them. FND comes from bone detection/breakage. When I confront them with that, the look of fear is something else.

Do you think their behaviour is a mirror of the underground scene having a pecking order in what causes to champion? Is it cooler to stand up for trans, black or cancer-stricken, and if so, why? I’m sure you’ve had time to think about an insightful answer.

Rupert: I do think there are trends in what to support, but I’m sure the powers that be, decide on what causes to support and raise awareness of.

Promoters at the grassroots level can easily find themselves supporting causes which might be easier to sell. Perhaps the problem lies deeper? Sexuality or race is used as a badge for being an outsider (or aligning ones brand to such demographics). In contrast, there seems to be a gap in the public consciousness for disabled performers. Exceptions such as Ray Charles, Stevie Wonder and Ian Drury spring to mind. Do we, as a culture, resist superimposing our identities on the disabled and does this create the pecking order?

Rupert: I would say, things like sports disability shows what people can achieve. Still, I think that same mentality needs to be spread to all areas and what people are achieving and doing. I was blown away by the bassist of band Lady Rage, she is amazing.

Good point. Sports does have that construct firmly in the place. Tell me more about the Lady Rage bassist? What’s her story?

Rupert: I don’t know her story, but she plays pretty much one-handed. At first, I didn’t notice because the music didn’t suffer. She was brilliant.

These are the kind of stories that need to be told. Are there other underground musicians that ought to have a shout out?

Rupert: Not that I know of. We need to start a Facebook group or something.

That wouldn’t go amiss. When you face discrimination in this way do you think able bodied friends ought to call it out, or would that in-itself be counterproductive to the person’s sense of agency?

Yeah, the well-intentioned stepping in of a mate might somewhat render the person they’re standing up for without voice. Such situations have been cited in trans and POC issues.

Rupert: Stepping up for a mate should certainly be done. Goes without saying.

Thanks Rupert. Is there anything else you want to add for the readers? Any parting statement that you feel would benefit the subject at hand?

Rupert: It’s hard to say as the group of friends I have are very supportive of these issues. It’s more of an issue of things you see in the world in general and how people react and behave.

Sure. It’s just so sad to realise how underrepresented the issue is on the underground music scene which is slowly starting to prioritise issues on race and sexuality. Your point about sport being quite a valid one. Name three bands you’ve discovered recently that you think ought to get a mention.

Rupert: I’m trying to think about which bands are really standing out beyond our usual picks. Black Roze is one. Feed the Wolf were good last week, Soho Dukes, Tales of Perdition, essentially most of the bands on Camden Rocks Presents at the monarch.

Right then. I shall check them out. Thank you Rupert, great talking to you!

Find out more about Functional Neurological Disorder at FND Hope:

The world as we know it has ended. A nuclear conflict has virtually obliterated human life from planet earth. A… END_OF_DOCUMENT_TOKEN_TO_BE_REPLACED

“Women represent over 50% of the population in Brazil, and if motorcycle-riding former army captain Bolsonaro, is to have any… END_OF_DOCUMENT_TOKEN_TO_BE_REPLACED