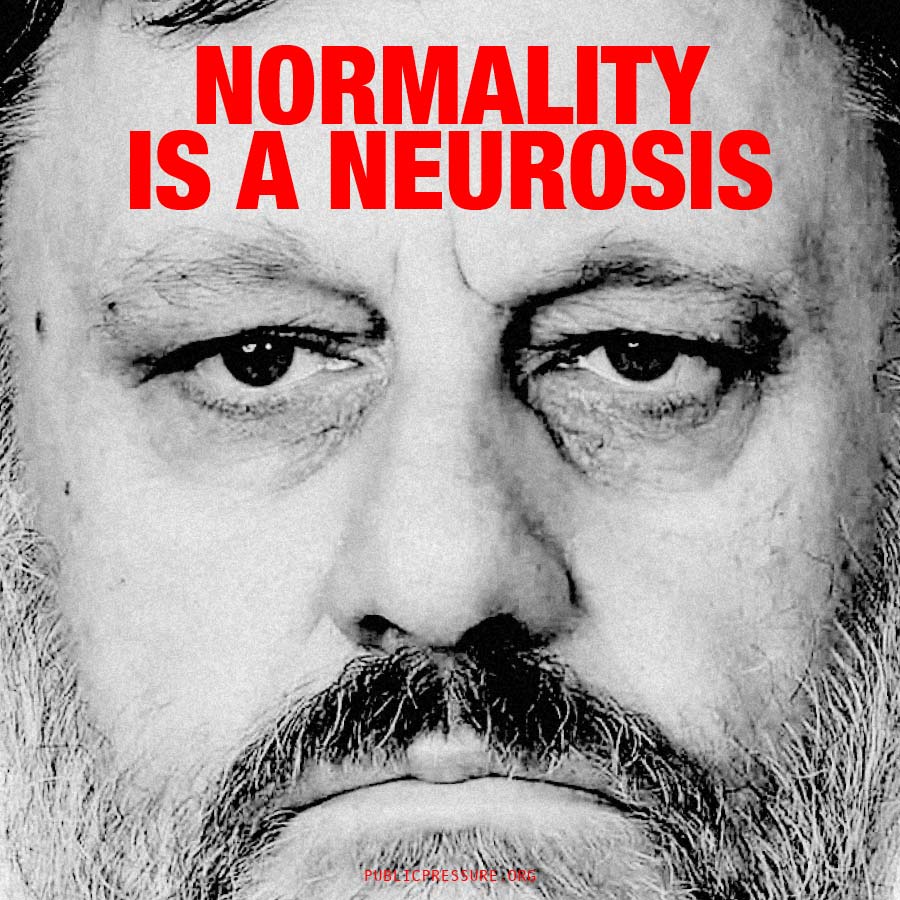 “Normality is a neurosis” Slavoj Žižek

Born in Slovenia in 1949 and educated in Ljubljana and later Paris, Žižek in 1989 published his first English text, The Sublime Object of Ideology, in which he departed from traditional Marxist theory to develop a materialist conception of ideology that drew heavily on Lacanian psychoanalysis and Hegelian idealism. His early theoretical work became increasingly eclectic and political in the 1990s, dealing frequently in the critical analysis of disparate forms of popular culture and making him a popular figure of the academic left. A critic of capitalism, neoliberalism and political correctness, Žižek identifies as a political radical, and his work has been characterized as challenging orthodoxies of both the political right and the left-liberal academy. His body of writing spans dense theoretical polemics, academic tomes, and accessible introductory books; in addition, he has taken part in various film projects, including two documentary collaborations with director Sophie Fiennes, The Pervert’s Guide to Cinema (2006) and The Pervert’s Guide to Ideology (2012).

The world as we know it has ended. A nuclear conflict has virtually obliterated human life from planet earth. A… END_OF_DOCUMENT_TOKEN_TO_BE_REPLACED

“Women represent over 50% of the population in Brazil, and if motorcycle-riding former army captain Bolsonaro, is to have any… END_OF_DOCUMENT_TOKEN_TO_BE_REPLACED