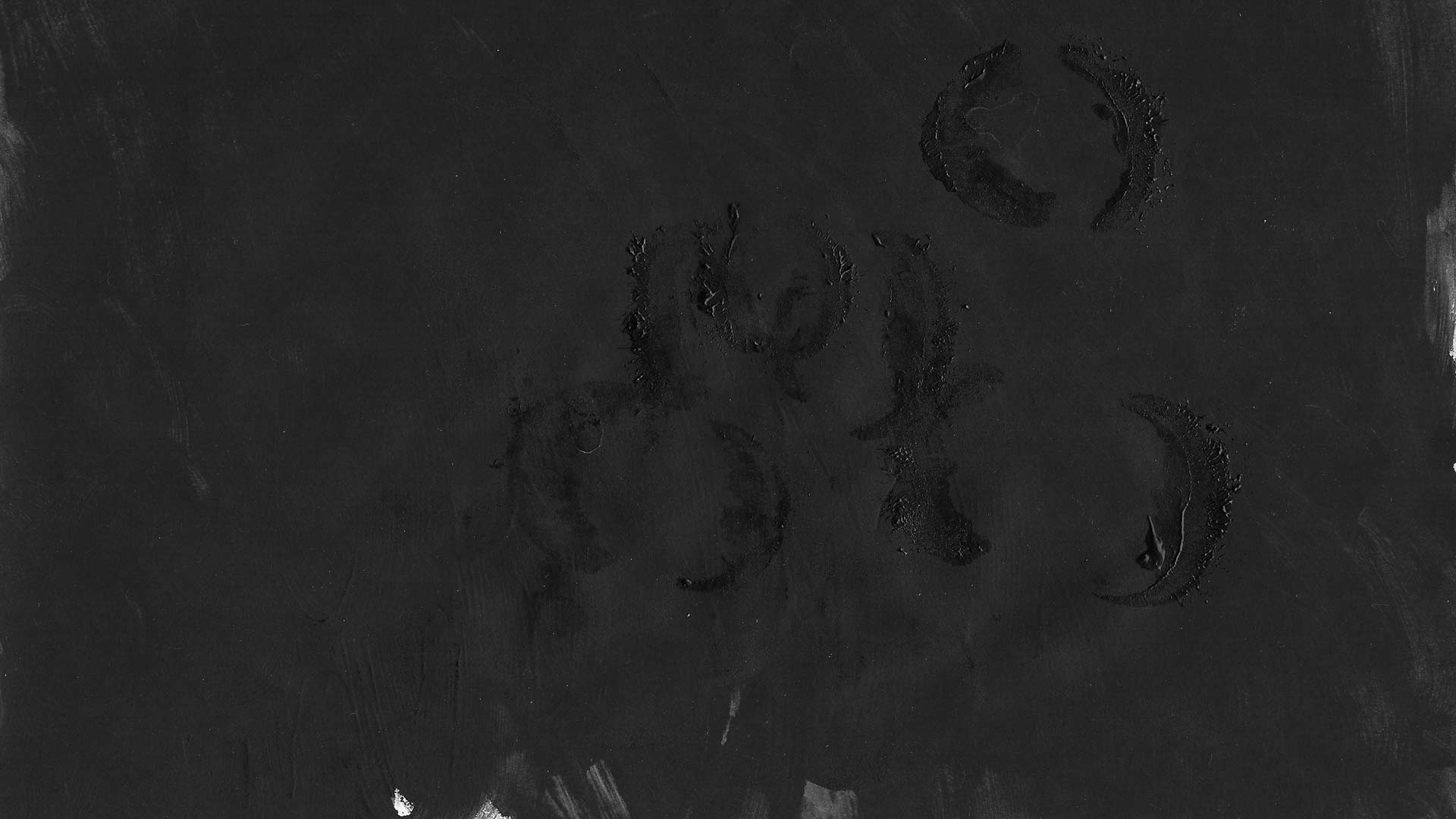 “From time to time, I do these long drawings and life experiments where I focus on the senses, or things that can change my consciousness and increase my awareness. I’ll do experiments with drugs, sleep, temperature, torture or hearing… I try to channel these experiences while drawing.”

Pushing his body and mind to the limit, Bryan Lewis Saunders’ art creates a very personal and somewhat alternative demeanour of himself. Using what he calls ‘experiments’, he cultivates an original view of what’s around him. Forever finding new ways to reinvent the scope and boundaries of modern art. Throughout these gritty binges, he often uncovers things that many of us overlook, or take for granted.

His latest experiment being staged blindness. It takes the ability to live an ordinary life with little to no physical impairment, turning it upside down and channelling the struggles by transferring them into one of his many sketch pads. To an unenlightened understanding of Bryan’s work, this latest experiment ‘30 days of blindness’ may look exactly that: a man unable to see trying to draw. Simple and pretty meaningless… However, the circumstances behind why Bryan chooses this personal struggle isn’t a simple question to ask, nor I imagine a simple question to answer. However, one thing that is clear-cut about this American, his knack for connecting with his audience in some of the rawest emotional forms… even if sometimes the narrative is unclear. It’s taking this niche underground art form and projecting to a loyal fanbase. 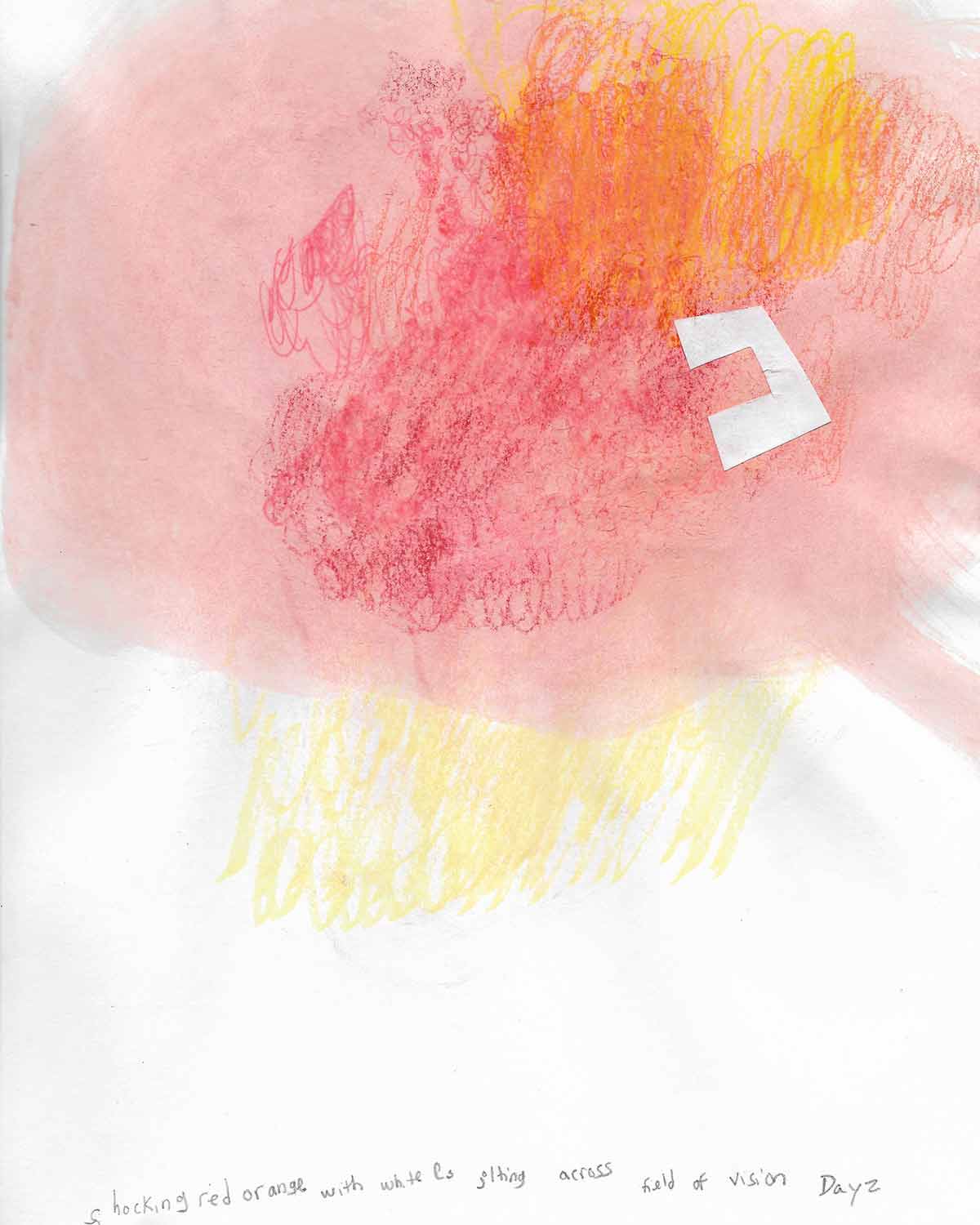 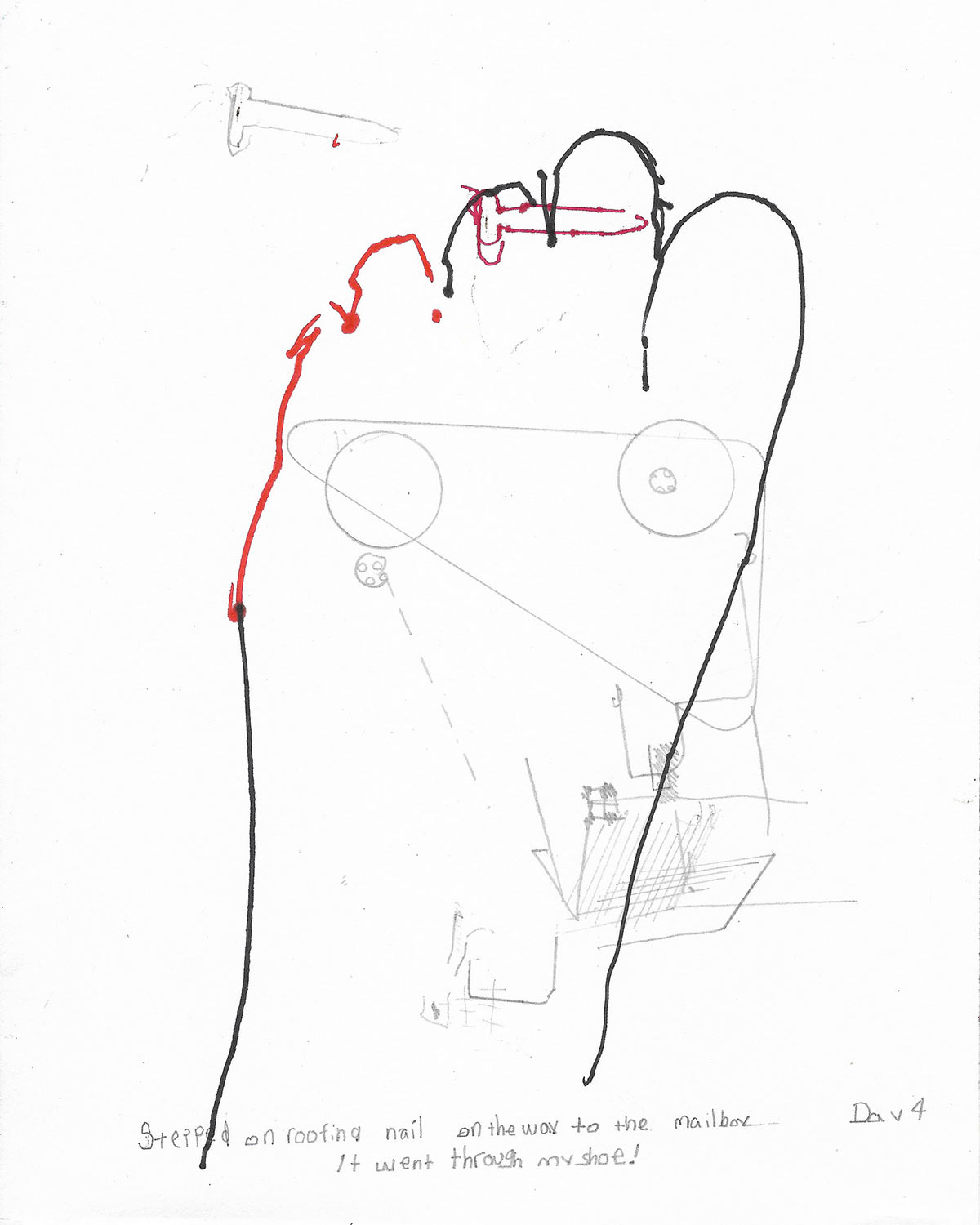 “We know that when one sense is denied the others can be amplified so I do that on purpose. On another level, it’s also like creating problems for myself so I can make myself stronger as well as show other people creative ways in which to solve them.”

Many of Bryan’s works have a sense of self-loathing, using art to tackle inner demons or past events, almost therapeutic. However, this latest collection no longer emits this feeling. It seems focused on the basic futility of human living within the 21st century. Not to say it doesn’t emit the common themes of his collections as a whole. In homage to this, Bryan has revealed his findings during the 30-day series with a small selection of what he likes to call ‘Life-hacks’. It pulls together simple everyday tasks under the artificial constraints of staged blindness. These tasks become a heck of a lot more difficult and somewhat amusing to see how he tackles such struggles. 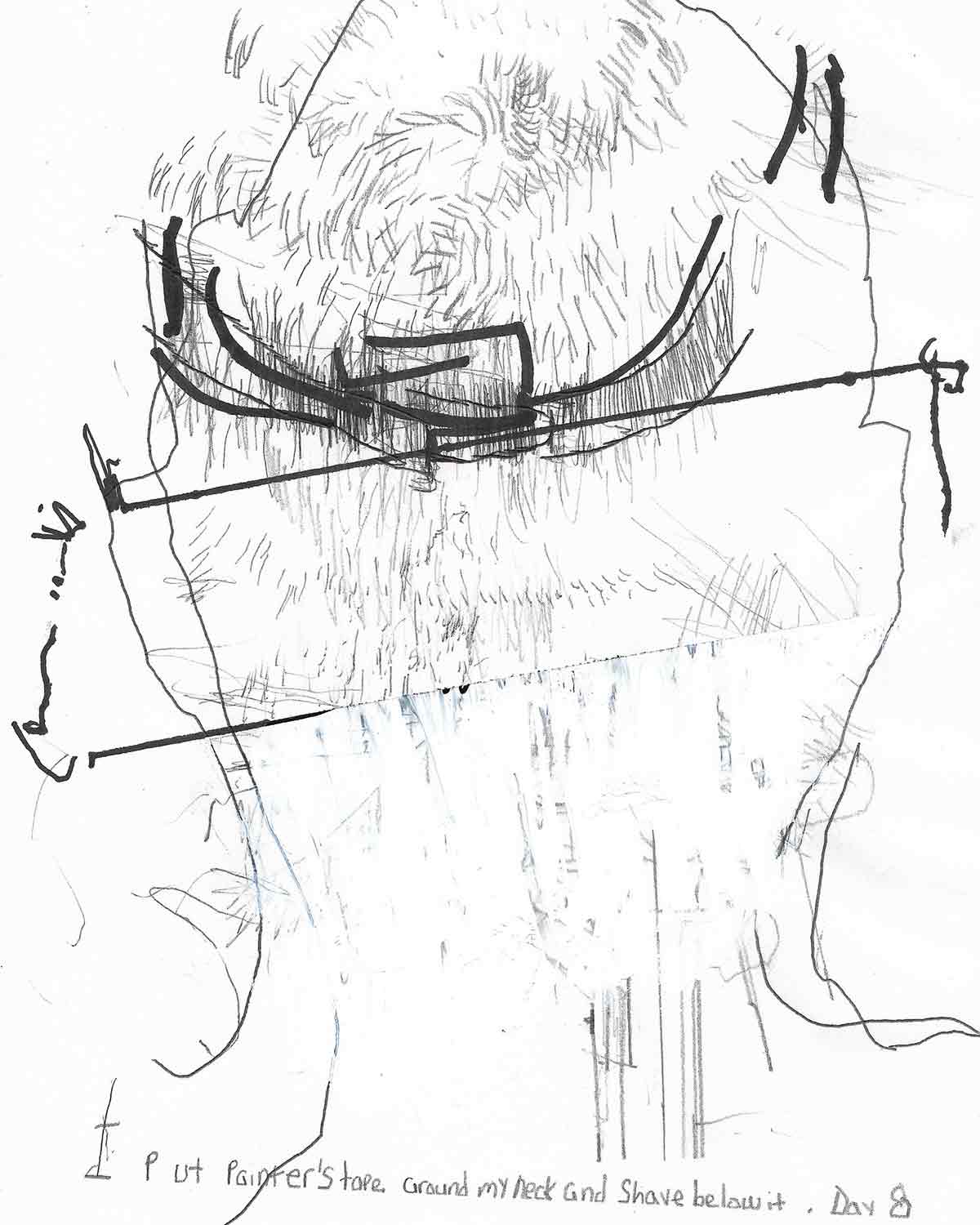 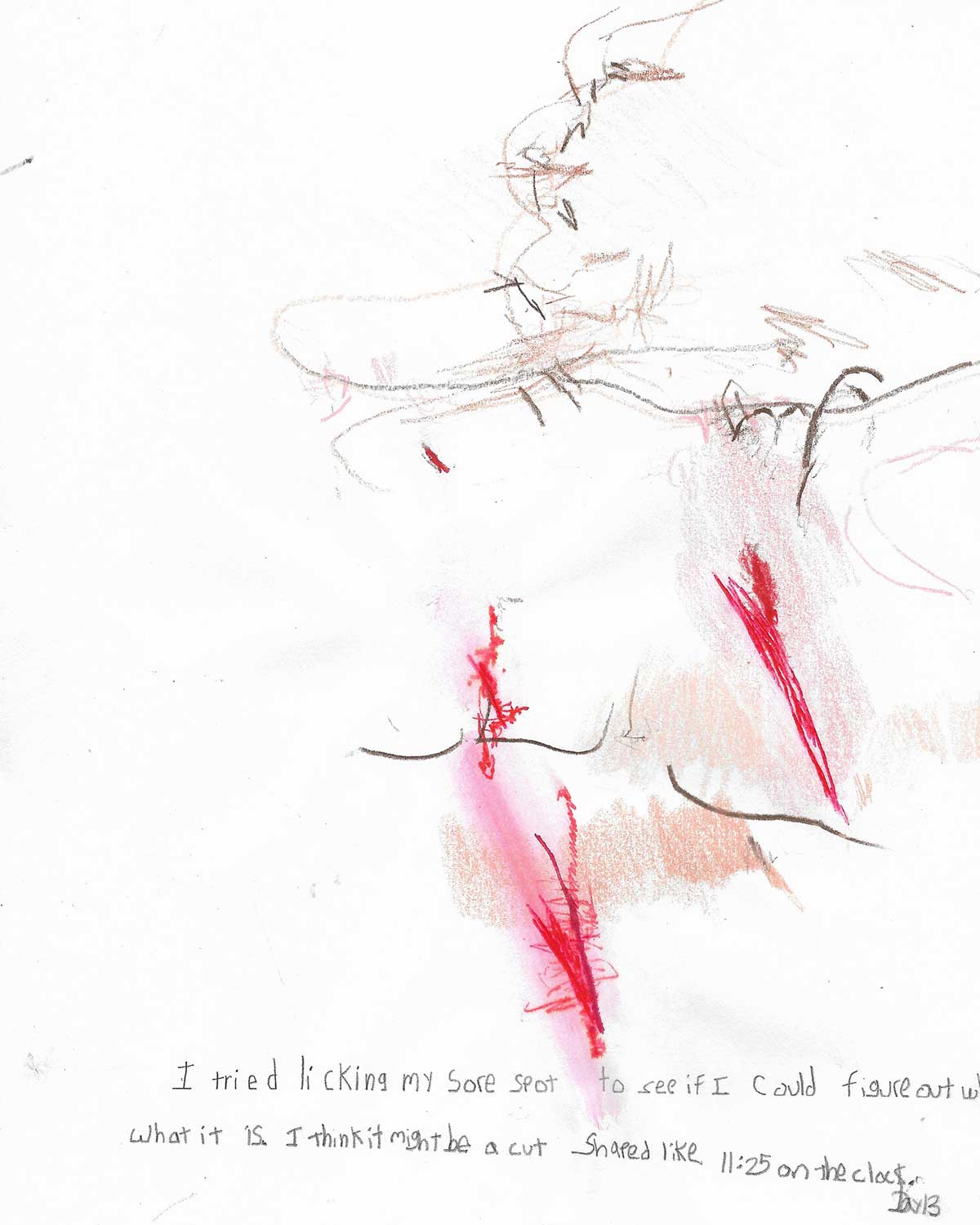 “I found myself spending a whole lot more time just doing basic things so I found little ways to be faster and more efficient and cleaner and then tried to come up with ways to draw them.”

As we can expect from Bryan, there’s a lesson with each of his collections. It’s yet another expedition of self-growth. A way to better his connectivity with himself and the way he studies, perceives and interacts with his ever-changing surroundings. It’s a common thread with his work. It’s what makes it relatable and raw. In an era when many of us no longer have time for ourselves, we can take a page from Bryan’s book and make time. Within this art form, somehow, Bryan Lewis Saunders has composed this eccentric style where he’s dominating the world of alternative experimental art. Nonetheless, even an experienced artist such as Bryan has his struggles getting to grips with such life-altering experiences within such a modest timescale. 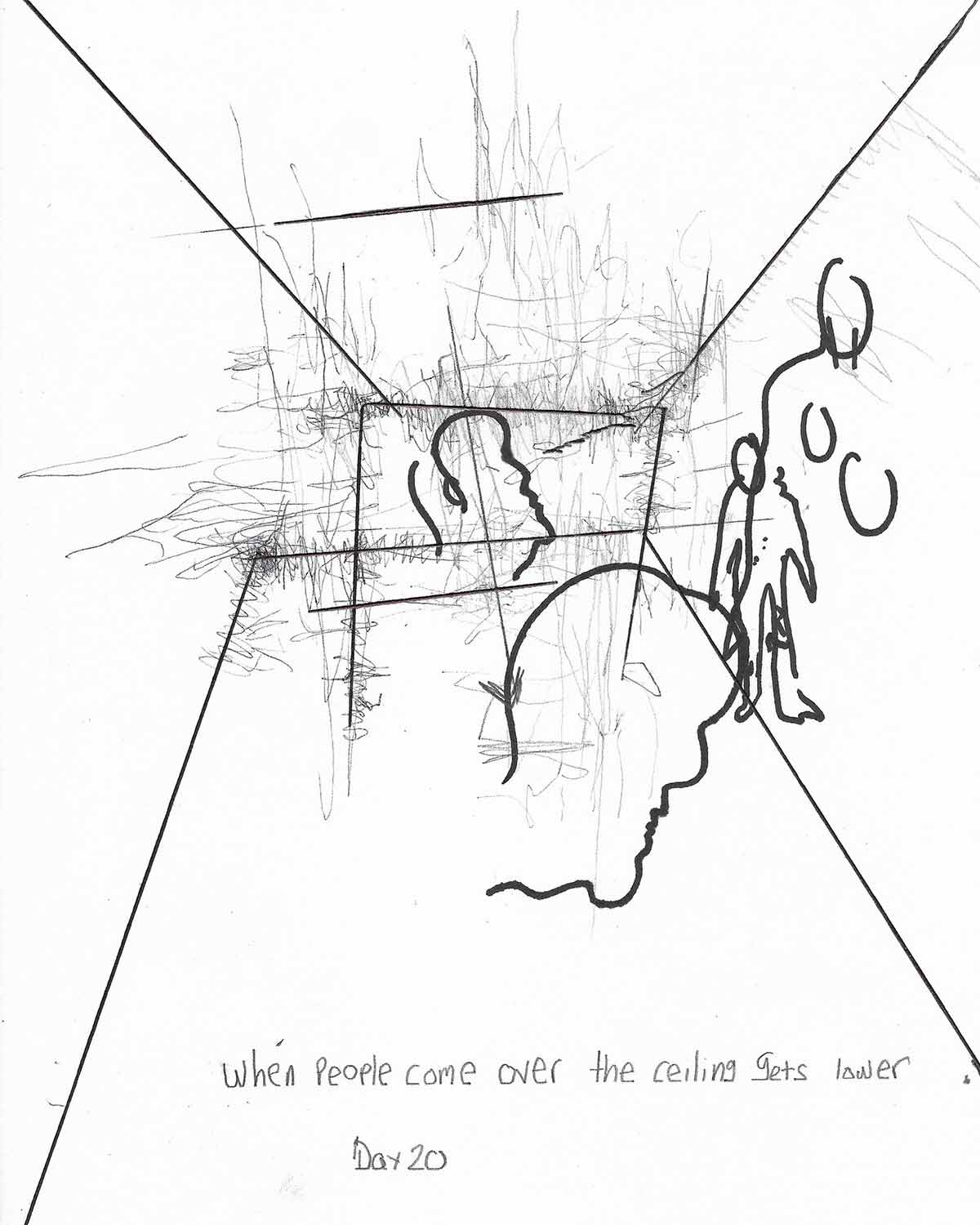 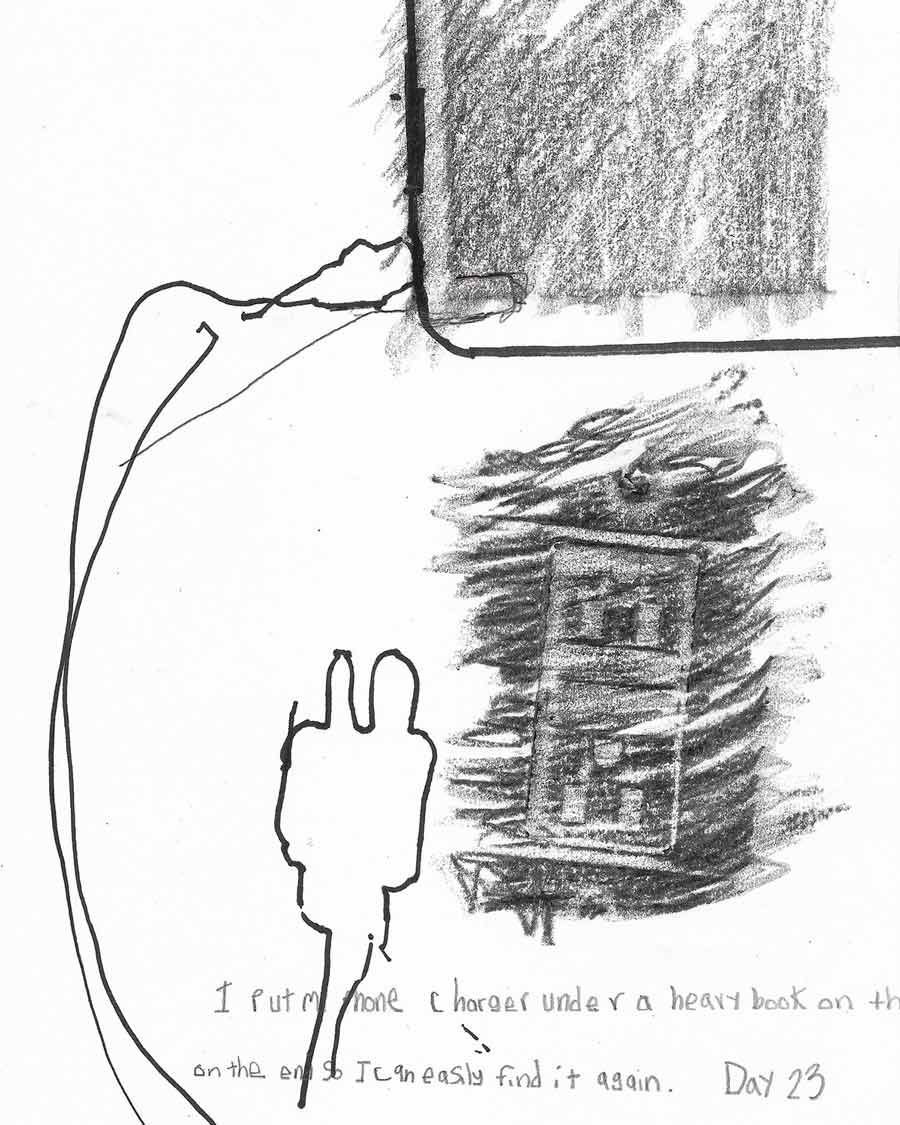 “I struggled every day though really hard with not being able to give myself any input at all as to how good or bad I was doing. See, after doing daily self-portraits for over 22 years I’ve become pretty dependent on my ability to discern my feelings from analyzing external objects and the act of drawing. So once I lost my vision I no longer had any way of seeing how I was feeling. I lost my ability to discover my hidden subconscious feelings. I had very little way of changing my feelings too. I was basically left with smiling when I didn’t feel like it in order to combat sadness or loneliness and things. I even lost most of the power to inspire myself.”

Being an observer of this way of art becomes addictive. It could very easily become dangerous. I almost feel like a spectator or participant, waiting for Bryan to push himself to the next level. No matter how dangerous or wacky it may be. Egging him on, like egging on a friend at school to do something dangerous with high risk and little payout. What idea can Bryan come up with next? 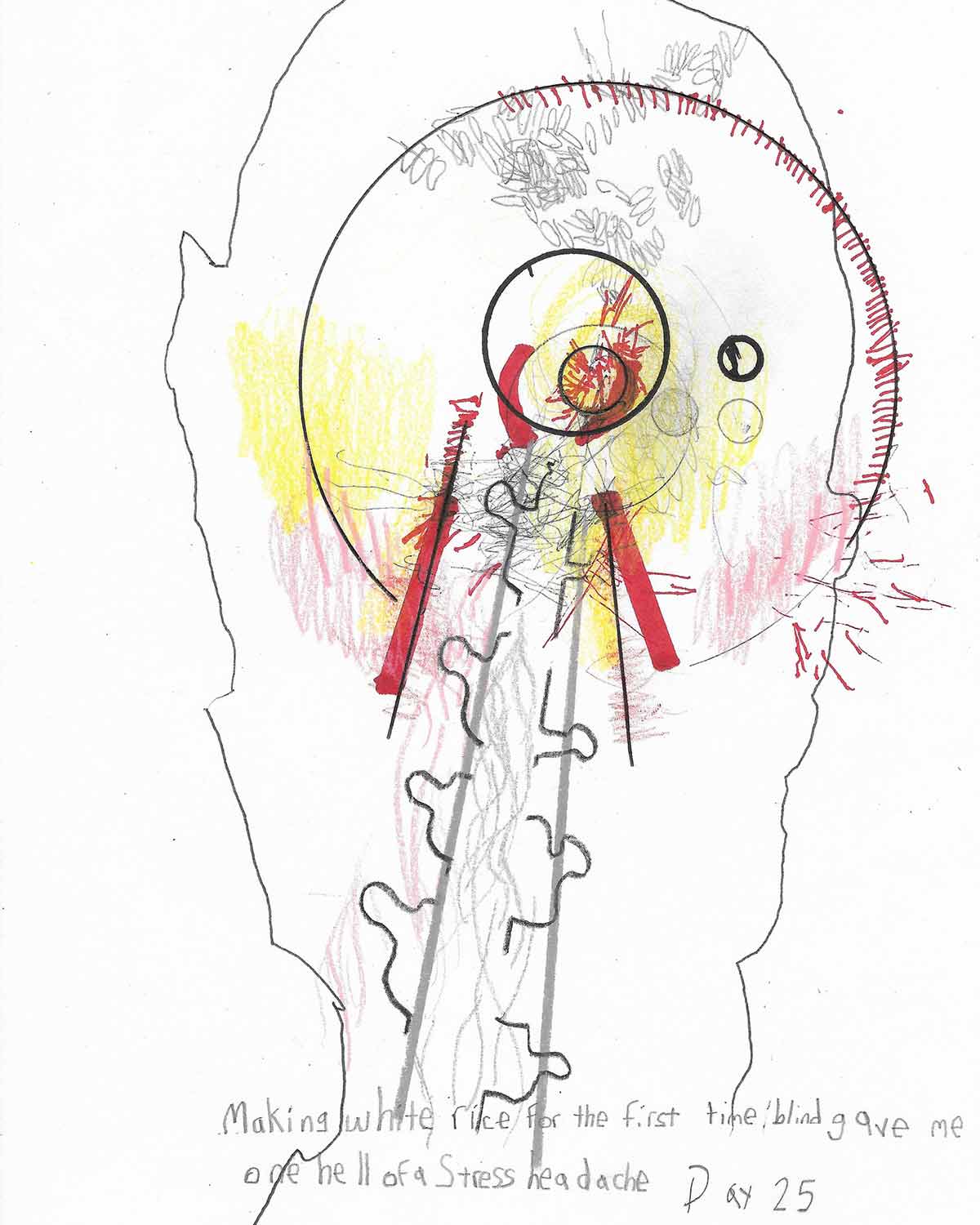 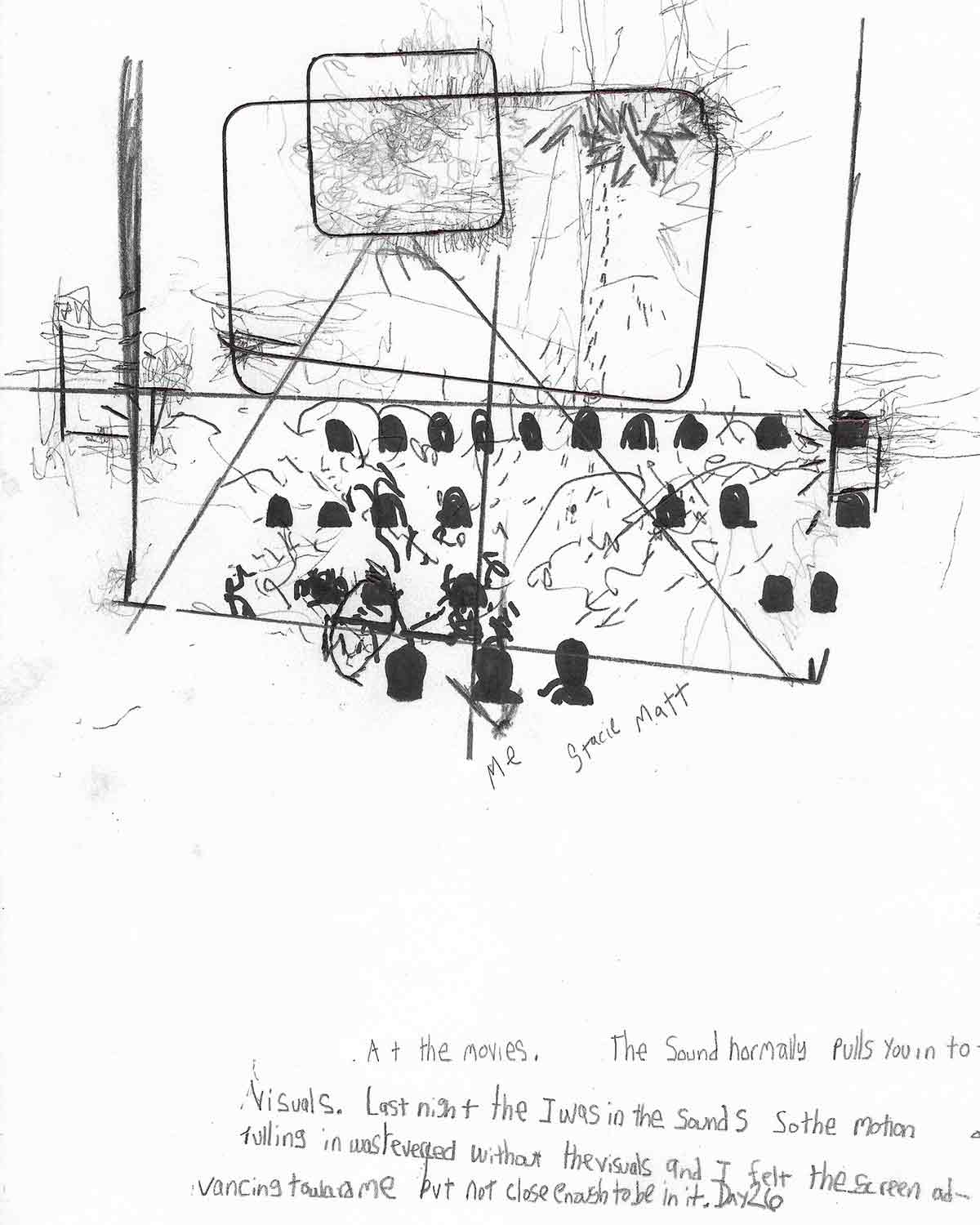 “I’ve always dreamed of doing 30 days on a submarine and channel the experiences of confinement and cruising around the bottom of the ocean. I’ve also dreamed of doing an entire series on top of the world’s highest mountains. One day I’m going to tape Sharpies to my fist and draw two daily self-portraits while skydiving. One while free falling, and another one once the parachute is released. That is likely my next feasible dream.”

What’s special about the experiments Bryan undertakes is it’s manifested under the name of art. It’s hard to imagine jumping in head first and putting your body under such strain in such a way for little to no physical reward. It’s a man so intertwined within the art world it’s hard to imagine where else this style can go. I’m nervous for Bryan, in case one day he pushes himself too far or perhaps the experiments become too dangerous.

“The things people do apart from or in spite of compensation are often the most valuable.”

The Art Of Darkness: a documentary about Bryan Lewis Saunders’ experiments is out now on Blu Ray

When picking a due diligence data room, it is important to pick one with advanced digital rights management and data… END_OF_DOCUMENT_TOKEN_TO_BE_REPLACED

The world as we know it has ended. A nuclear conflict has virtually obliterated human life from planet earth. A… END_OF_DOCUMENT_TOKEN_TO_BE_REPLACED

“Women represent over 50% of the population in Brazil, and if motorcycle-riding former army captain Bolsonaro, is to have any… END_OF_DOCUMENT_TOKEN_TO_BE_REPLACED