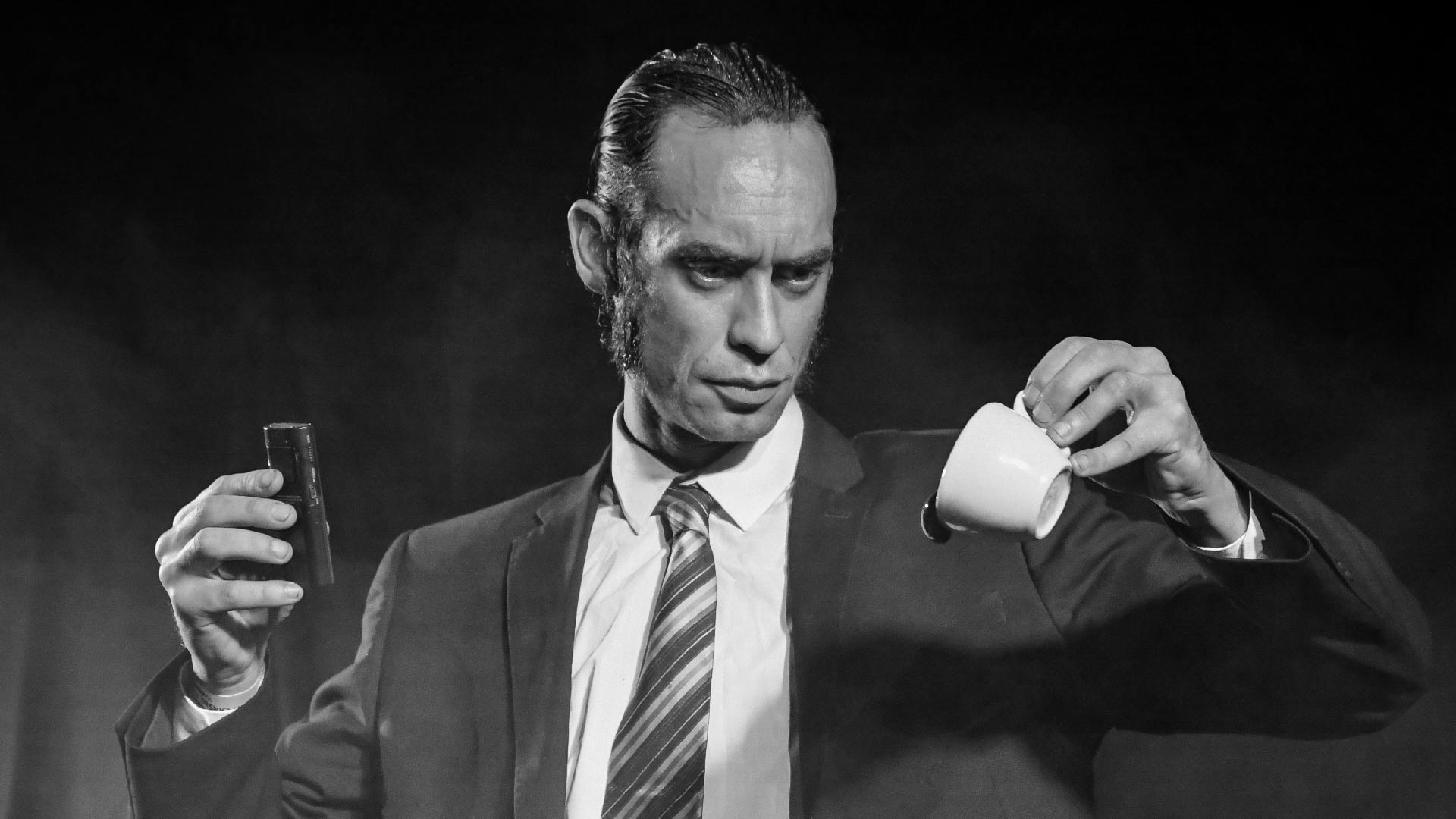 The Twin Peaks UK Festival is the world’s biggest get together for fans of David Lynch’s legendary TV series. What? You’re a fan and didn’t know about it? Well, hopefully, this chat with founder and producer Lindsey Bowden will intrigue you with talk of cabaret, fan-made films and immersive film experiences occurring this year. Tell me about the time you fell in love with the world of Twin Peaks?

Lindsey: I was 14 when Twin Peaks aired in the UK, and I remember very clearly the blinking BBC 2 logo before every episode! I would turn all the lights off in my bedroom so I could concentrate on the TV and I felt connected with it straight away. I loved its mix of small-town America and surrealism and was drawn to each of the characters and their quirks. It’s a love affair that has lasted a lifetime!

You must feel very proud of the community you’ve gathered to celebrate it every year. It’s quite a job, and I imagine it’s a year-round activity?

Lindsey: It is yes. I basically start planning about a month after the previous fest. The festival has so many different aspects to it that I have to wear many different hats! I am super proud of the Twin Peaks community and being part of bringing everyone together. I couldn’t ask for a better reward than the friendships, and couples, that have been made at the fest.

Care to share one of these memories of people meeting at the festival? So many to choose from, I’m sure!

Lindsey: Gosh yes there are lots to choose from! I guess 2 that leap into my head are Debbie and Luke, who met at the festival and are now together…although it took me ages to find out, I think I saw it on Facebook! But they’re two wonderful people, and I’m glad they found each other. I knew Luke more than Debbie initially, and he’s an extraordinary person, so I’m super pleased for them.

Lovely. Twin Peaks is often noted for its horror and surrealism, and yet, there is so much romance in the show, particularly season 2. Is it safe to say that you provide a safe space for like-minded people to feel a little bit of respite from our current chaos?

Lindsey: Yep, definitely. One thing that our festival is known for is being super inclusive. Everyone is welcome, and everyone receives a warm one.

Care to give us a rundown of some of the events a newcomer would expect at a festival? I suspect you change it up a year in, year out.

Lindsey: Well, the best way to describe the festival is an immersive film and theatrical experience based on the world of Twin Peaks. It’s film festival meets live performance, it’s stars from the show meets art classes and cabaret. We have live owls, an abundance of cherry pie and doughnuts and even David Lynch Coffee. It’s a weekend celebration jam-packed with everything Twin Peaks and David Lynch!

Wow, Bob Wow! About those stars … Who has had you had at the festival?

That’s one damn excellent roll call. The big question would be if you could ever get a certain Special Agent to drop by. What are the chances, and dynamite question would you ask him about the show?

Lindsey: Well we have invited Kyle in the past, but of course he’s a very busy actor so who knows in the future! There’s so much to ask Kyle, not just about Twin Peaks but working with David Lynch as a whole, he was of course in Blue Velvet and Dune, so it’s hard to pinpoint one question! Maybe what year is this?

Perhaps one day he’ll come down. I’d put money on it, in that it’s a matter of when rather than if. The US Twin Peaks festival is no more, so presumably, being the leading regular festival will mean higher numbers next year? How do you cope with the pressure of your role?

Lindsey: Well we never take that for granted and to be honest I think the US fest going is very sad as it’s been going so long and so many of the fans love it. As for the pressure of the role, I enjoy it and have a fantastic team, so that helps! I’m quite used to juggling different projects, and I’ve always enjoyed a challenge, so I think I literally crack on!

Well, you’ve certainly lived up to the challenge if the last festival is anything to go by. There were screenings for short films based in the world of Twin Peaks at the festival. Any aspiration to screen-write yourself? Your website details that you write.

Lindsey: We do screenings at the fest yes, it’s a good way for the filmmaking fans to show their work to like-minded people. I actually do screen write already and definitely want to do more. I wasn’t sure what kind of writer I was for a long time, but I seem to be able to tell a story better through a screen. I love it, my mind gets to play which I love.

Before we close, it would be ace to know what you have planned for us peakies at Twin Peaks UK Festival 2020!

Lindsey: Wouldn’t it? But as the quote goes…. She’s filled with secrets!

Stay in touch with the Twin Peaks UK Festival:

Hidden away in a desktop file named ‘father’ in a studio overlooking the Adriatic sea, there was a lost, forgotten… END_OF_DOCUMENT_TOKEN_TO_BE_REPLACED

Brooklyn rapper Your Old Droog is replacing cultural figures at a rapid rate of knots in the shape of projects,… END_OF_DOCUMENT_TOKEN_TO_BE_REPLACED