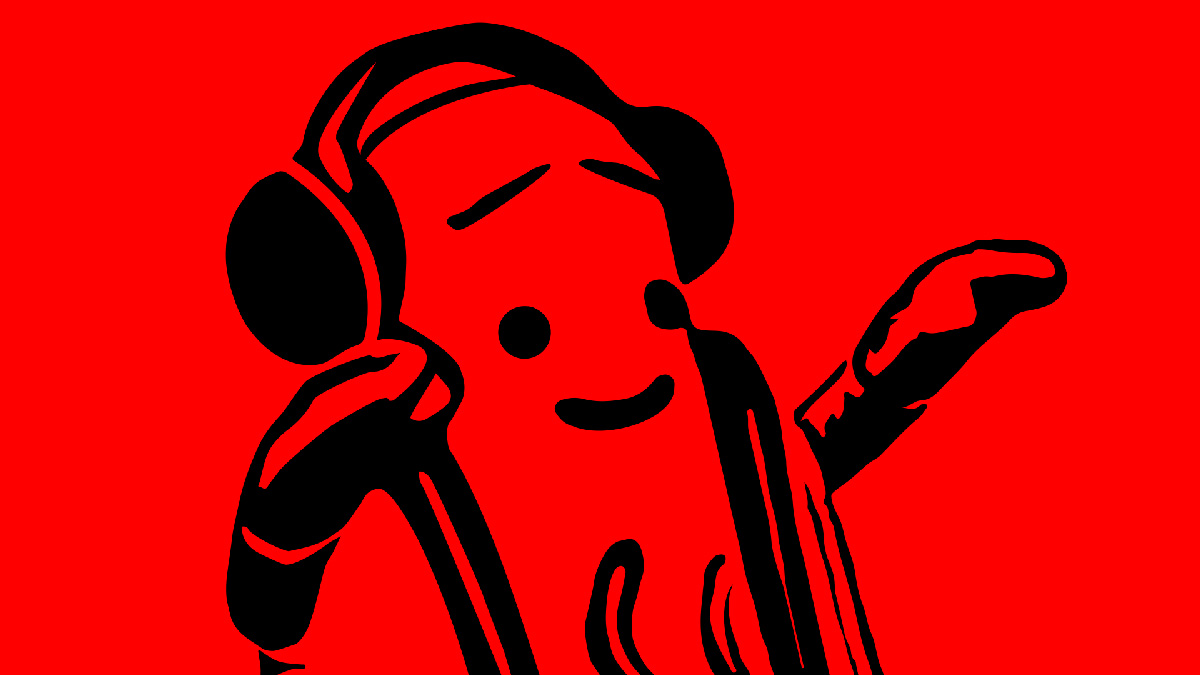 A disembodied head stares towards a plastic water bottle. The text observes, ‘Ah, yes. Enslaved moisture.’ This is a representation of millennial humour characterised by apparent states of both nihilism and absurdity. Offering another example, Elizabeth Bruenig of the Washington Post writes, ‘The wiener is not a socialist icon; in fact, he is a breakdancing sausage from a Snapchat filter. His inclusion in a lineup of the U.S.S.R.’s patron saints doesn’t mean anything.’

She writes that memes are about spending ‘time in a dream world’, an insight that ignores the dream world of our waking lives. She writes ‘nothing coherent is left’ while forgetting the coherency of the things we have displayed to us. The absurdist element of Bruenig’s writing is when she uses adjectives like ‘jolly’ to appeal to an ageing demographic of Washington Post readers, who cannot be seen to understand the poignancy of memes; the disembodied heads staring towards plastic water bottles; the critical powers of the subconscious.

Elizabeth Bruenig recounts the time she spoke to Adam Downer about ‘the strangest meme he ever worked on’: ‘The meme consists of four panels, the first including the phrase “Hey Beter,” a riff on “Hey Peter,” referring to the main character of the comedy cartoon series “Family Guy.” What comes next seems to make even less sense: In one iteration, the Sesame Street character Elmo (wearing a “suck my a–” T-shirt) calls out to Peter, then asks him to spell “whomst’ve,” then blasts him with blue lasers. In the final panel, readers are advised to “follow for a free iPhone 5.” (There is no prize.) “That one was inexplicably popular,” Downer told me. “I think it got popular because it was this giant emptiness of meaning. It was this giant race to the bottom of irony.”’

What strikes me about this analysis is the inability to observe the obvious criticism of our relentless desire for products – and perhaps more strikingly – the people who manipulate that desire for their own nefarious purposes. We do not know who to ‘follow’ for a free iPhone 5 – and we know there is ‘no prize.’ What really matters is the product as elevated to the level of subconscious desire – everything else is meaningless; an intertextual narrative operating as a means to an end. Indicative types like Elizabeth Bruenig and Adam Downer are guilty of an unseen admission that states ‘memes are meaningless because I am unable to comprehend them.’

So, what is a breakdancing sausage from a Snapchat filter doing in a lineup of Karl Marx, Friedrich Engels, Vladimir Lenin, and Joseph Stalin? Here, I can offer a two-pronged interpretation. On one side of the coin, the breakdancing sausage is emblematic of the empty, vapid culture of late-stage capitalism. It becomes a co-opted figure of rebellion. In the age of anonymity and avatars, the breakdancing sausage is the new socialist icon – because you wouldn’t expect the face of a politician, would you? Our second interpterion becomes increasingly desolate and bleak, with Bruenig’s wiener operating not a socialist icon, but as a symbolic figure of the failures of communism as associated with the rise of an Authoritarian-Left. The neoliberal, fascist, consumer-driven, weak-socialism of the West becomes embodied by a breakdancing sausage. Why breakdancing? In his 1986 book, America, Jean Baudrillard writes:

‘‘Breakdancing is a feat of acrobatic gymnastics. Only at the end do you realise it actually was dancing, when the dancer freezes into a lazy, languid pose (elbow on the ground, head nonchalantly resting in the palm of the hand, the pose you see on Etruscan tombs). […] You might say that in curling up and spiralling around on the ground like this, they seem to be digging a hole for themselves within their own bodies, from which to stare out in the ironic, indolent pose of the dead.”

Breakdancing offers a vision of a dying world, caught up in the ecstasy of acceleration. And while our products and software continue down channels that propound ease of comprehension, memes operate as another reaction to the reduction of human complexity, where nuance and discussion are stripped of their meaningful contributions. People attack complexity when they are incapable of it – our societies reward the obvious. Elevating simplicity implies simplicity. When our attitudes and institutions are so bereft of complexity, our brains become hardwired to dismiss and detract when faced with complication or inconsistency.

A disembodied head stares towards a plastic water bottle. The text observes, ‘Ah, yes. Enslaved moisture.’ Why, though? In many ways, we all operate as disembodied, formless heads. Whether we are meme-ing from the comfort of our beds, or working from the confinement of office cubicles, our minds occupy digital spaces. Our bodies become deliquescent, then our minds. We have become enslaved moisture. The residue of a thousand disembodied voices.

Hidden away in a desktop file named ‘father’ in a studio overlooking the Adriatic sea, there was a lost, forgotten… END_OF_DOCUMENT_TOKEN_TO_BE_REPLACED

Brooklyn rapper Your Old Droog is replacing cultural figures at a rapid rate of knots in the shape of projects,… END_OF_DOCUMENT_TOKEN_TO_BE_REPLACED