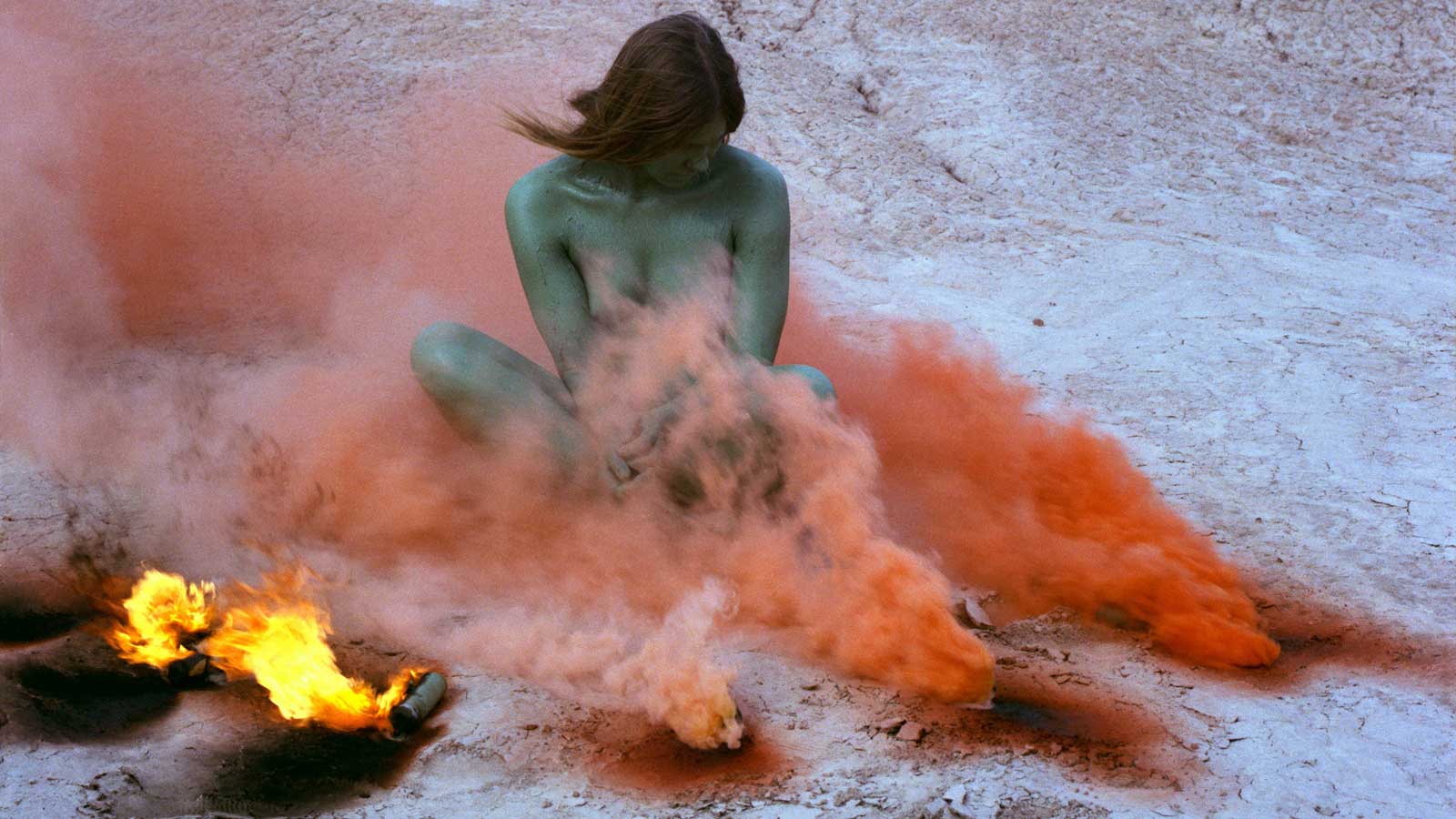 ‘Still I Rise’ began as an itinerant art exhibition in Nottingham in October 2018 and has now arrived in Bristol’s Arnolfini Gallery. Its subtitle is quite telling – ‘Feminisms, Gender, Resistance’ – and it comes at a crucial time.

When it was programmed in 2016, Trump, Bolsonaro and Johnson were not yet in power, women’s marches would make literally no headlines, and no one could have ever predicted that the #metoo movement would break the silence on sexism in the entertainment industry.

But in the background, in Brazil, Northern Ireland, Turkey and way beyond, thousands of anonymous women were still fighting for their civil and human rights. Just like thousands of others before them had, for many decades.

I’ve spent hours in this gallery since I started my book on Bristol’s music and street art. And I feel privileged to have been chosen as Arnolfini’s new resident writer.

This exhibition is an empowering sanctuary featuring art, photography and films, describing the different forms that feminism has taken over the years and across continents.

The pieces of work are spread over two floors of the Arnolfini Gallery, the leading centre for contemporary art in the South West of England, on display until mid-December.

Central to the exhibition are Judy Chicago’s early 70s photographs, celebrating the female body surrounded by natural elements. Judy is also the founder of the first feminist art programme in the United States. One of her photographs has become the poster for the exhibition.

The fights for civil rights in the United States, in Botswana or Argentina, are also represented through photography and by ‘Water Ritual’, a film about the black female body, nature and self-empowerment, directed by Barbara McCullough.

A few of my favourite photos are those of Himalayan women protesting to protect their environment by pacifically hugging trees, taken by Indian artist Pamela Singh.

The bisexual Swedish painter, writer and radical anarcho-eco-feminist Monica Sjöö was an early exponent of the “Goddess movement” and later moved to Bristol in 1950s, where she lived until her passing in 2005. Her painting ‘God Giving Birth’ (1968), which depicts a non-white woman giving birth, was famously censored multiple times before she was reported to the police for blasphemy. Her paintings featured here represent women dancing and iconic female pagan figures.

Issues of domestic violence, domestic work and marital inequality are also addressed through a series of posters from different decades and countries, mentioning dozens of acts of resistance against the marginalisation of women, and highlighting women’s right to vote, abortion rights and discrimination against lesbian women.

Other strong themes evocated are the defence of homosexuals’ rights and numerous marches for peace and for the protection of the environment, in a world dominated by greed, materialism and lust for power. The exhibition has also evolved to include works reflecting local conversations about the city’s legacy of the Transatlantic Slave Trade, by focusing on black feminist artwork and activism.

It’s an understatement to say how empowering a walk through these rooms is; especially for a woman reporter, in a society where art and media are still heavily dominated by men.

The works of these iconic artists have rarely graced the walls of popular galleries and museums. ‘Still I Rise’ stands as a profound and necessary reminder that that struggle is far from over. Hopefully, in the current climate protests and political upheavals, female voices will be heard.

Hidden away in a desktop file named ‘father’ in a studio overlooking the Adriatic sea, there was a lost, forgotten… END_OF_DOCUMENT_TOKEN_TO_BE_REPLACED

Brooklyn rapper Your Old Droog is replacing cultural figures at a rapid rate of knots in the shape of projects,… END_OF_DOCUMENT_TOKEN_TO_BE_REPLACED