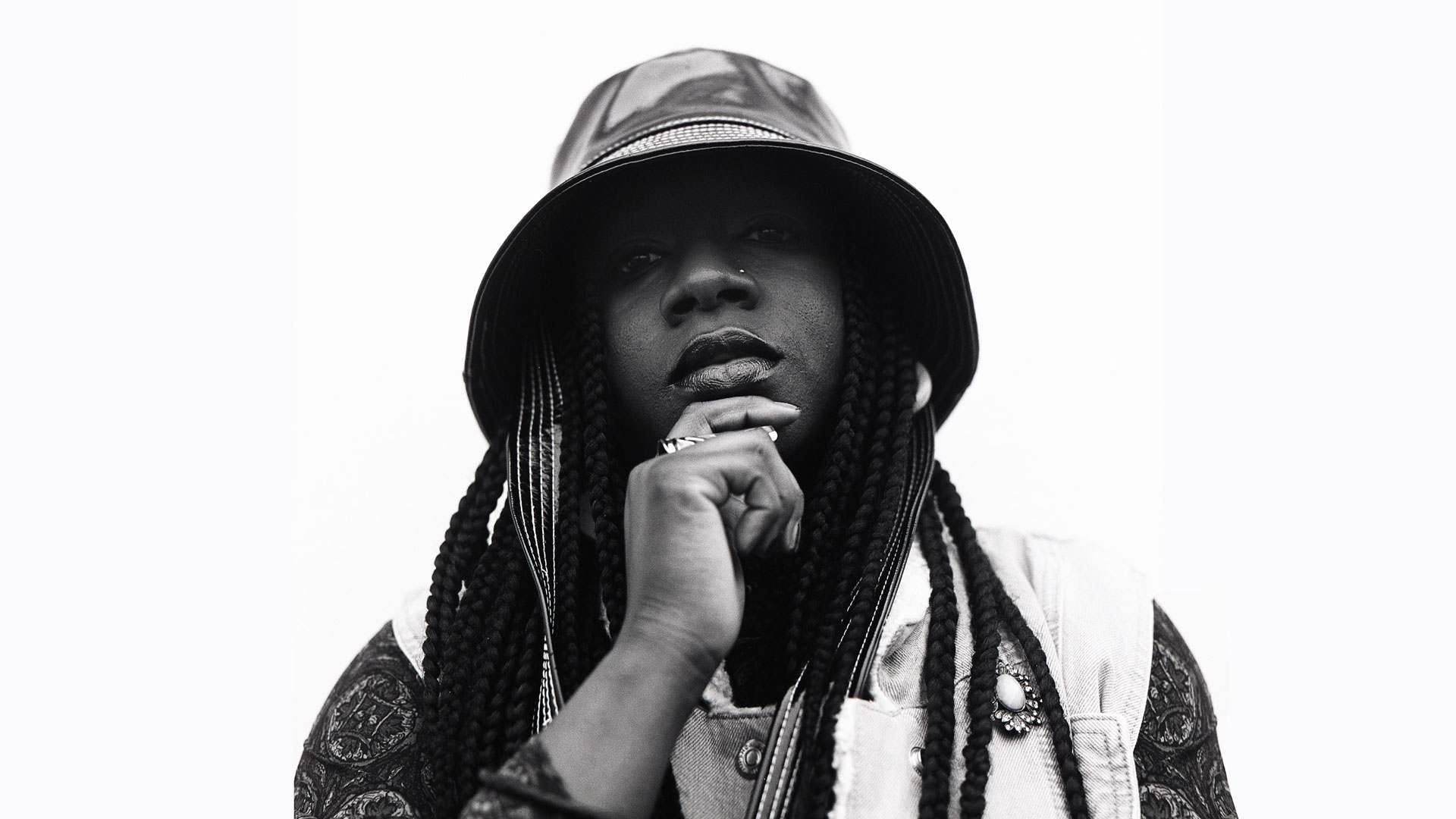 London emcee Isatta Sheriff has dropped the six-track EP ‘Eat The Kiwi Skin’ with Italian producer Koralle, a jazz-infused hip-hop project teeming with promising collaborations. As she promotes and represents the scene she calls her own, Isatta has done much more than just release music since her self-named debut drop. We had a chat to fill in the gaps.

How do you view the scene in London as a woman?

I think it is ridiculously imbalanced. The misogyny is off the Richter scale, and I did my thesis on this. Things got better in the last twenty years, and I think it is more the subtle, systemic things and micro-aggressions towards black women that we experience. There are issues with class, gender and race, which I address in some tracks, and everyone thinks it isn’t their but someone else’s job to speak about or resolve. Many people perpetuate racist behaviours through “unconscious bias”, but also a lot of the time I think people are very conscious of what they’re doing, but are never held accountable for the way they behave.
Producers, in particular, only want to use female artists to make their song sound better. You rarely find guys who want to invest in women production-wise. Everyone wants you for a feature, but they wouldn’t make a whole album for you unless you’re a gimmick, which is why in the 90s, you see a lot of nameless black artists on house tracks. You just see the producer’s name, and that is a historical issue.

Tell us about ‘Eat The Kiwi Skin’, why is it dropping now?

I guess it’s dropping now because it fit with both the label and Koralle’s schedule. I finished recording it in December 2020 but they had some projects to put out first. They wanted to put it out in April this year but I was doing ‘The Miseducation of the Insta Generation’ through my label then, so that’s why it’s coming out now.

My debut album came out in 2016 and since then I’ve always been active doing stuff behind the scenes with the goal to run my own label. I did a Masters in Music Business and bounced between the business and the music sides.

How did the production come about?

It was quite a natural thing. I did a track on Koralle’s album in 2019, and it streamed well, so we decided to do a project that was an amalgamation of his sound and my sound. Like I’m from East London, there’s a real mix of sounds and influences here, garage was really big in the 90s and then grime in the early 2000s and jungle, so my flow is naturally quite fast and double-time. But also, I was the youngest of seven and so I had the hip hop influence from my older siblings mixed in with the sounds happening in the youth clubs and that.

I get a lot of listeners from Europe from the artists I collaborate with, and they (producers) are quite into that old kinda Boombap sound, so I guess this has taken that direction cause of their obsession with 90’s Hip Hop and Jazz Rap, which is big here too but is more of an alternative sound. So it’s like taking the lyrical content of where I grew up, slowing it down and putting it over beats that a European audience gets and there’s definitely a crowd here for that as well. ‘Eat The Kiwi Skin’ isn’t entirely me; it’s what me and Koralle sound like together.

Talk to us about the features. You do a lot to empower the scene you come from, so why these artists?

It was a mix of hearing the tracks and seeing who would suit it best. There were some people brought to the table that I didn’t really connect with and so it was more who I could feel or hear working on the track. Connection is really important, making sure we all have the same values and understanding, it isn’t always necessary and sometimes it works well to have loads of differing ideas, but that’s just how I like to work. Like Awate, I dunno how familiar you are with him, but we share a musical direction, he’s a music researcher, so he’s someone I holistically connect with, I always wanted to get him on something and this felt like the one.

Lex Amor, I share a lot of mutual friends with and always seem to bump into each other at shows. There was a few people I hollered at that couldn’t make it, but it wasn’t a particularly big pool and with ‘Window Thoughts’ it’s really reflective so that was where she needed to be.

My friend jokes calls me the archivist like I’m a documentarian; I’ll collect things from shows and places we’ve been and file them away to look at and my friends joke about it but it does come through in my lyrics too. I’m just interested in those things and I try to build a picture and tell stories and I think Lex has a really unique quality of connecting with the everyday person so it just felt right to have her on this track as it is quite introverted and reflective.

Mercy’s Cartel I put out on my label earlier in the year. She’s amazing as a person and as an artist with an amazing voice, a really good songwriter and producer. So I wanted to bring her into view of my audience, cause she has her own, and the song is a conversation about like inter-generational love for 90’s Hip Hop and that’s a natural conversation we have.

Shumba Youth, my first interaction was as a fan after seeing him play at one of my friend’s gigs and I just thought he was sick, so we kept in contact. He didn’t know I was an artist cause I was just fangirling, but then we discovered we had similar circles, as is often the case, and I knew we would eventually work together.

There are a lot of people I know like that, but these I handpicked at this moment in time because I heard them on the track. I’m about the cause and the energy and all those people have, not a similar energy, but they all connect with me and I’m at that stage I want to work with people I’m at one with. If we’re working together, we’re working for a common cause, not for clout or fashion, but for making people’s lives in the UK better, working-class people, black people and black women.