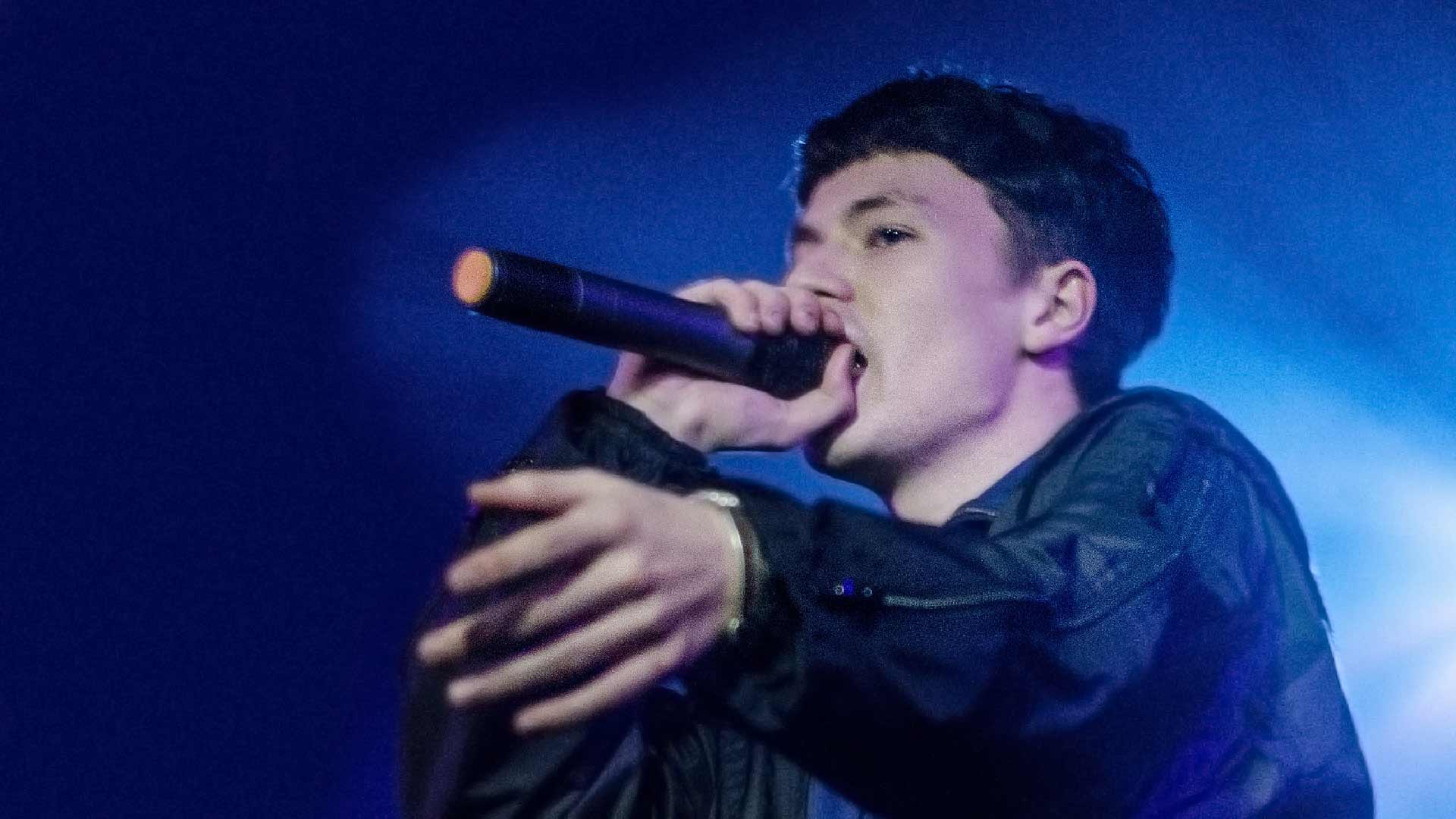 Someone replaced the book jacket image of Nick Land’s Fanged Noumena’ with the cover art from Bladee’s album ‘333’, as if drawing attention to the accelerative nature of these two prescient artefacts. The meme in question seemed to highlight the convergence between the philosophy of acceleration and the drain gang aesthetic which desperately sought to drive a culture elsewhere.

In ‘Postcapitalist Desire’ (Fisher, Mark. (2021). Postcapitalist Desire. London: Repeater), Mark Fisher would define Land’s idea of ‘capitalistic accelerationism’ as ‘the most intense force ever to exist on earth – that the whole of terrestrial history had led to the emergence of this effectively planetary artificial intelligence system which therefore can be seen as retrospectively guiding all history towards its own emergence – a bit like Skynet in the Terminator films.’ The question Matt Colquhoun reiterated in his introduction to Fisher’s ‘Postcapitalist Desire’ lectures would be whether or not society really wanted ‘to push beyond capitalism?’ Through the very formulation of this question, Fisher would perhaps begin to envision ‘a new praxis for a left-accelerationism.’

Fisher’s Accelerationism would never be entirely uncoupled from Land’s ‘capitalistic accelerationism’, however, with the atmosphere of the moralising Left often falling for the ‘(perhaps fatal)’ associations Colquhoun would also lean towards within his own introduction. Even so, the introduction to ‘Postcapitalist Desire’ would offer no intellectually satisfying or direct severance between Fisher and the Landian ideas of acceleration, defined here in cultural terms, especially.

Perhaps very few thinkers have the impertinence to say what Fisher was really thinking; if accelerationism was not repurposed by a conscious Left to bring about an alternative system, it would be co-opted – not by the spectre of a kooky fringe Right – but by the very locatable threat Slavoj Žižek would identify as ‘barbarism with a human face.’

Similar to Land’s ‘intense poeticisation of the power of capital’, Bladee’s ‘Mallwhore Freeestyle’ from the ‘Icedancer’ album ‘Bladee (sponsored by RipSquaD) Icedancer Mixtape’ represents a similar poetic intensity. The ‘libidinal infrastructure’ of capital is evident from the very juxtaposition of the titular words’ Mall’ and ‘Whore’ with the ‘Freestyle’ addition simulating the essence of ‘off the dome’ rap. In strictly Baudrillardian terms, however, ‘Mallwhore Freeestyle’ is a track dealing with ‘The Consumer Society’ (Baudrillard, Jean. (1998). The Consumer Society. London: SAGE Publications) and ‘The System of Objects’ (Baudrillard, Jean. (1996). The System of Objects, trans. James Benedict. London: Verso) – Prada and Tom Ford – sign-values and sham objects.

In the opening essay which accompanied the translation of ‘The Consumer Society’, George Ritzer would write how Baudrillard’ clearly felt that we had moved into an era dominated by the exchange of sign-values.’ Ritzer continues, ‘When looked at from a structural perspective, what we consume is signs (messages, images) rather than commodities. This means that consumers need to be able to ‘read’ the system of consumption in order to know what to consume. Furthermore, because we all know the ‘code’, we know the meaning of the consumption of one commodity rather than another. Commodities are no longer defined by their use, but rather by what they signify. And what they signify is defined not by what they do, but by their relationship to the entire system of commodities and signs.’ This would offer a good overview of what Baudrillard had already begun to explore in earlier texts with the later Baudrillard focusing – with increasingly nihilistic perspective – on how individuals, in the words of Ritzer, ‘are coerced into using that system.’ Ritzer finally concludes how ‘[t]he ideology associated with the system leads people to believe, falsely in Baudrillard’s view, that they are affluent, fulfilled, happy and liberated.’

Within Bladee’s ‘Mallwhore Freeestyle’ we perceive a speaker who has been thoroughly coerced into the system of sign-values, an unconvincing (post-ironic) subject of ‘enjoyment or pleasure’. The subject of the lyrics operates as an ‘institutionalised’ agent; a ‘mallwhore’ whose manufactured desire for difference seeks the potential realisation through the system of signs offered by luxury branding. The ‘Prada backpack’, ‘Tom Ford’, ‘black Porsche’, ‘Fendi’, ‘Louis [Vuitton]’ and ‘Dior’ ‘stores’ all feature as signs within a ‘game’ of ‘this Drain life…’ realised, in Baudrillardian terms as ‘a synthesis of consumer activities, not the least of which are shopping, flirting with objects, playful wandering and all the permutational possibilities of these.’

The permutation of ‘Mallwhore Freeestyle’ embodies a flirtation, the ‘playful wandering’ of smelling ‘like weed in the Prada store’, ‘gettin’ free shit in Fendi stores’ and ‘Prada backpackin’ in the Louis store’. The ecstatic succession of the ballad, dripping with a limerent romanticism, finds continuation in the ‘Boing!’ of ‘I hit Dior’.

As the speaker becomes increasingly submerged by the communication of these sign-values, they come to lose something of an authentic self-expression, whilst divulging an ironic state of solipsistic alienation: ‘she say I should talk more / I can’t even talk more, you should check the scoreboard’. The ‘wandering’ acts of consumption, which is in itself a type of empty and directionless searching, is eventually experienced as this virtual reality ‘game’ first finding representation within the imagery of a ‘scoreboard’ before later confirmed entirely: ‘This Drain life, I’m about it / I’m the founder, yeah, I found it / Play the game, yeah, I foul it.’

It seems as if the speaker is beginning to lose touch with the environment of the pronoun, the real name of this ‘girl’ becoming lost behind the litany of brand names. There is an obvious prioritising of the potentially signified narcissism of the body, achieved through the sign-values of luxury goods, over the very real and human relationship, in fact, everyone soon becomes implicated here since, ‘My girl said she need some shit too’.

The lyrical conceptualisation of ‘shit’ is humorous since it recalls in my mind Jean-François Lyotard’s ‘shit of capital’. As Lyotard predicted in his’ evil book’, even contemporary intellectuals, and I quote, ‘dare not say that the only important thing there is to say, that one can enjoy swallowing the shit of capital’, in ‘Libidinal Economy’ (Lyotard, Jean-François (1993). Libidinal Economy, trans. lain Hamilton Grant. USA: Indiana University Press), he continues, ‘in this way you situate yourselves on the most despicable side, the moralistic side where you desire that our capitalised’s desire be totally ignored, brought to a standstill, you are like priests with sinners, our servile intensities frighten you, you have to tell yourselves: how they must suffer to endure that! And of course, we suffer, we the capitalised, but this does not mean that we do not enjoy…

The doped-out enjoyment of ‘Fendi stores’ and manic intensities the speaker portrays is implicated within a growing sense of thematic melancholia, not only within ‘Mallwhore Freeestyle’, but more broadly across the albums Bladee has come to release. That being said, the speaker also divulges a moralistic underpinning, here: ‘Black gloves on, yeah, I’m lookin’ hardcore / Hitman, yeah, I’m rockin’ with the dark lord…’ There is no sanctimony to the lyrics, in fact, the ontological structure of the consumer experience is rendered exactly as is; darker than light – shaded.

In terms of an analysis of Lyotard, however, I recall, once again, Fisher’s ‘Post Capitalist Desire’. If we are operating exclusively inside the workings of a capitalist (hyper)realism within a track such as ‘Mallwhore Freeestyle’, then, as Fisher suggest of Lyotard, do we come to ‘reject any attempt to find an outside to capitalism[?]’ After all, ‘… the proletariat cannot be assigned to a position of the outside.’ Perhaps ‘Mallwhore Freeestyle’ represents exactly this; the post-proletariat voice assigned to the ambient presence of the mall, the Baudrillardian’ shopping centre, the city of the future, […] the sublimate of all real life, of all objective social life, in which not only work and money disappear, but also the seasons, those distant vestiges of a cycle which has at last also been homogenised!’

‘Mallwhore Freeestyle’ acknowledges the fundamental ontological positioning, we are reminded with these lyrics, the digitalised and autotuned messaging also, that before we even start out from any position of analysis, we must register ourselves as being fully homogenised by the system, this is to say, we are always implicated by what we seek to critique. With the sign-values and operative workings of the hyperreal aside, Bladee’s assessment is significant: ‘Sometimes I don’t understand what it’s all for’ he sings, ‘But I understand when they see me, then they all sore…’ This is the radical proposition offered by the artist, here – within the hyperreal capture of instantaneous answers, the prophet first admits to precisely not knowing.

Cover photo by Drew Yorke (The Come Up Show)

Listen to our favourite Lofi tracks on Spotify

“I have always been open to writing any genre and style. I guess that’s why the Moonsama chaos methodology resonates… END_OF_DOCUMENT_TOKEN_TO_BE_REPLACED

Hidden away in a desktop file named ‘father’ in a studio overlooking the Adriatic sea, there was a lost, forgotten… END_OF_DOCUMENT_TOKEN_TO_BE_REPLACED