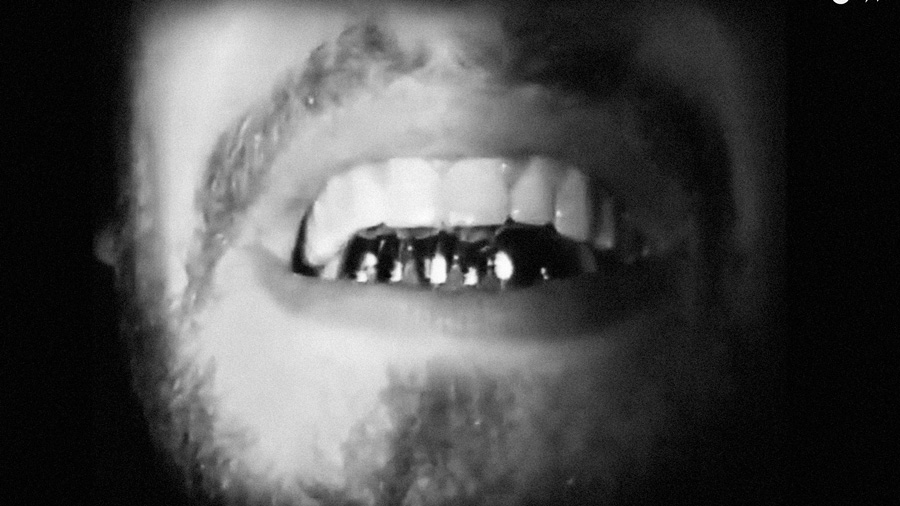 Milkavelli is something of an enigma of the UK’s hip-hop scene. A face-tattooed, lean sipping mysterioso that’s operated under several aliases during his time making undeniably original rap music from Milkavelli, Don Silk and further back, Monster Under The Bed.

With its old school sound, reminiscent of the Blah Records affiliated music he made under the latter name as a member of Children of the Damned and Mcabre Brothers with fellow Cult Mountain member, Lee Scott, this song is the latest of a handful of tracks that the London-based artist has released in the last few days. Under that Cult Mountain collective that envelopes, Milk, Lee, Trellion and often left-field producer, Sumgii who gives the crew signature, eery sound, this latest release seems to contain a few bars that Milkavelli has been sitting on for a while – bars that can be found in a Boiler Room back in 2015.

The mysterious nature of the man has had many waiting for a bulk of solo content released, some of which dropped on the 616 God EP last year. There’s no real clue to what Milk has up his tattoo-covered sleeves just yet, but with the presence he holds within rap music in England, his ability to say the ridiculous and it makes sense, and a team of talented collaborators around him when something drops from him or any member of the Cult Mountain/616/DVL GANG clique, it’s worth taking notice.

For people that have been following Milkavelli from early, Monster Under The Bed is a track that will particularly resonate. That delicate piano against hard-hitting is typical of Monster rather than Milk, but in his flow and outlandish content, he’s brought the two personas together and stashed them under the bed of an understandably terrified bald man attempting to sleep in the visuals.

Find out more about Milkavelli:

The world as we know it has ended. A nuclear conflict has virtually obliterated human life from planet earth. A… END_OF_DOCUMENT_TOKEN_TO_BE_REPLACED

“Women represent over 50% of the population in Brazil, and if motorcycle-riding former army captain Bolsonaro, is to have any… END_OF_DOCUMENT_TOKEN_TO_BE_REPLACED