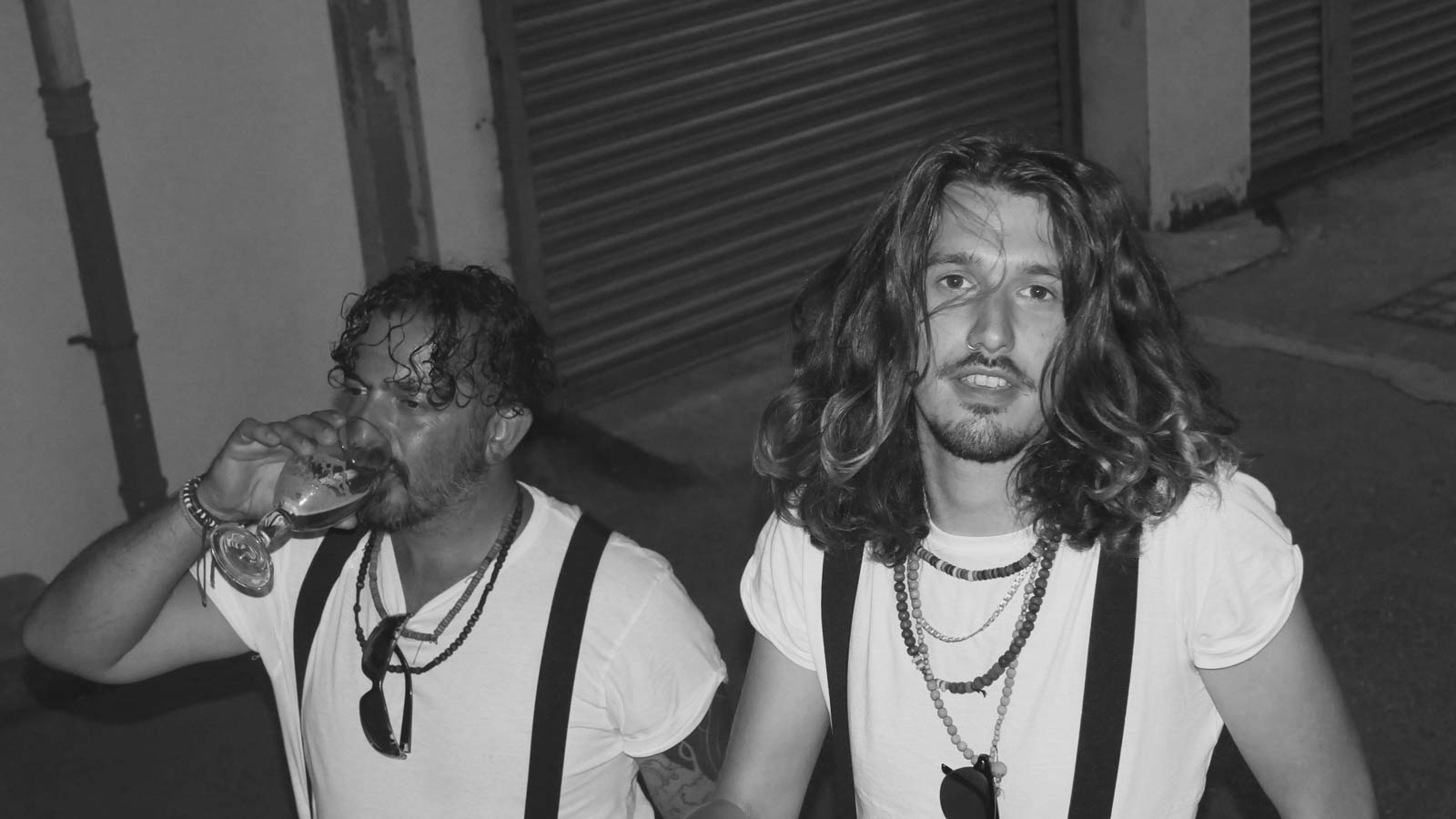 Here it is, the second live session from DXTA, filmed by myself at Hermitage Works for the Margo’s Living Room YouTube series. Each band’s image/sound dictates the camera movement (not to mention the lighting) in a way that breathes new life into a medium which can often communicate a stale and workmanlike environment.

After having a watch of the video, please feel free to have a read of my interview with Nick Howiantz, a lifesaving producer who works at Brixton Hill Studios. He was kind enough to take a break from working on the new EP by Starsha Lee and his own band Ham Legion (new album on the way).

So, Nick, tell us your process in regards to conducting a live session with a band like DXTA.

Nick Howiantz: With this kind of sessions the visual and audio elements are of equal importance so cooperation with you, the director, is key. A balance needs to be struck when it comes to the arrangement of the band in the room. Within reason, mic placement needs to work around the visual arrangement. After that, I’d say the band’s monitoring is the other important factor.

Cool. Did you encounter any issues? How did you deal with them?

Nick: Yeah a few. Unexpected changes to the band line up that we hadn’t set up for, that’s just a case of adjusting as quickly and with as little fuss as possible. Then there are the inevitable problems with gear. If you’re in an unfamiliar studio, it takes a bit longer to diagnose problems. Audio equipment, especially vintage stuff, can be ‘quirky’ and can sometimes do odd things just when you don’t want it to. The usual solution is to go from A to B to C etc. Until you find what’s being weird. Thankfully we had a very patient and positive band in DXTA and the support of Graeme and Timmy who were both really on it. Not to mention sagely advice from Margo herself.

What advice would you give to any producer who is conducting a live session for the first time?

Nick: Keep it as simple as the brief allows. If you can get away with using fewer mics and less gear, then it not only narrows down the potential for practical problems, but you’ll likely save yourself headaches with bleed and phase in the mix. As well as all the usual things about mic selection and placement being important. I’d say the other crucial factor is communication. Be friendly and easy to work with, do what you can to accommodate the band’s needs. If they’re comfortable and happy, then they’ll do a better take which makes your job ten times easier. 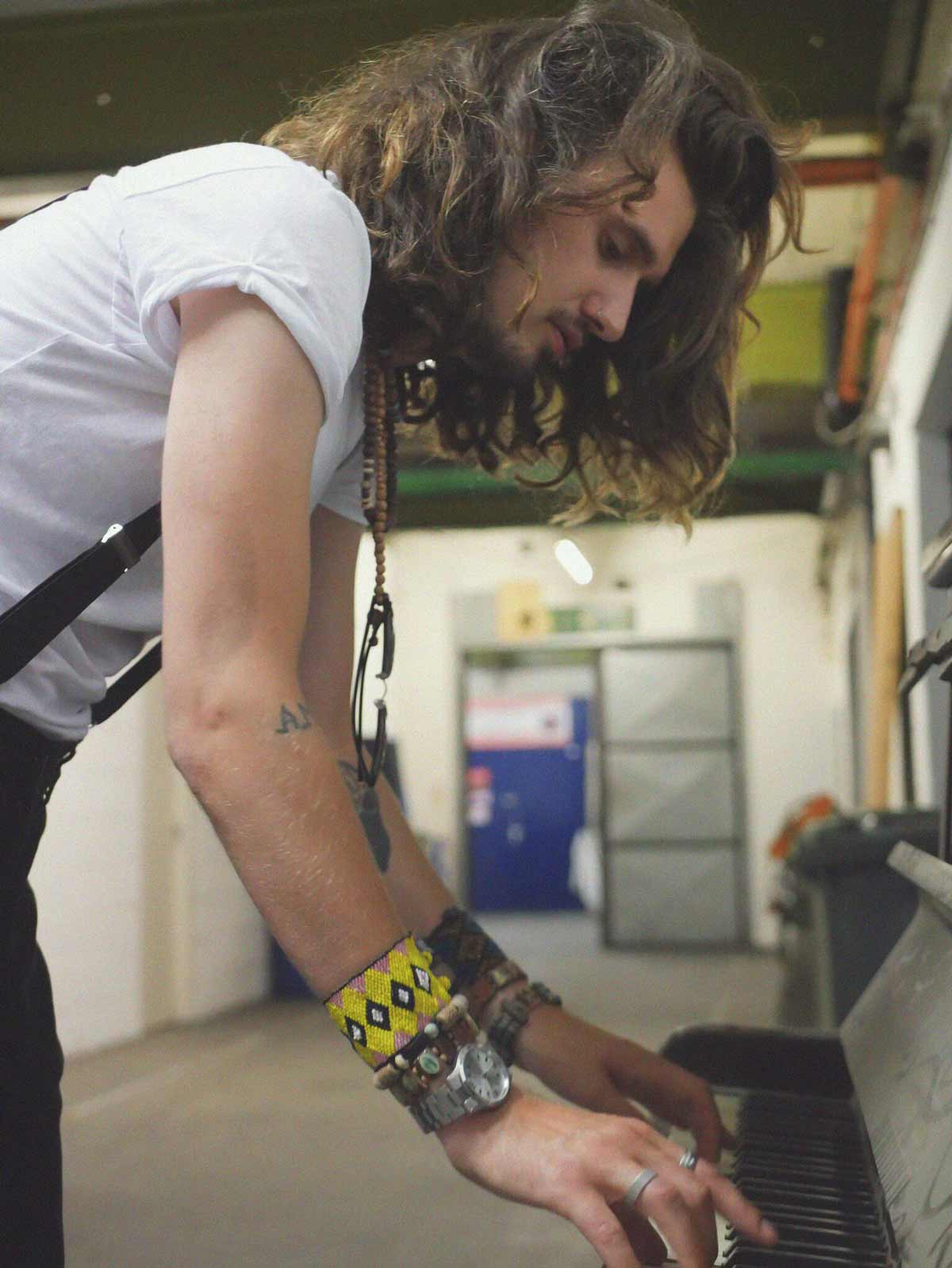 Top stuff! It’s amazing how badly a session can go when a bad attitude fills the room. Thanks again for taking the time for these questions Nick. Timmy Moe Ellis was yet another engineer helping Nick and Graeme make DXTA sound amazing. So, I had to probe his mind for tips and tricks regarding his role in proceedings. Hey Timmy, what were your first impressions of Hermitage Works Studios?

Timmy: Hermitage works has a great vibe and lots of classic vintage gear. Some friendly and supportive professional people all working to get the best out of the musicians. There’s a homely kinda atmosphere. What you want for making good music confidently.

Yeah, it is a rather vibey place. How did you add to that atmosphere in regards to the DXTA session?

Timmy: DXTA are a great band and Dexter the singer is super talented. I considered my job as just making sure things ran smoothly. So setting up the instruments and connecting the right mics to the correct ports etc.… making sure that the place was as unobtrusive as possible. Being ready at any moment to help out carrying an amp or moving unwanted furniture. With the actual recordings giving advice as to the sound of the snare and working to get it into to a better mix. Via gaffer tape, switching inputs and changing EQ.

Any issues during the session? Or did it all run smoothly?

Timmy: We had an issue with the snare we resolved by tightening it up and gaffering and one with the computer: Pro Tools was crashing, and it couldn’t be solved by decreasing buffer size (which is the go-to change to make). So we knew it had to be a lack of space on the drive we were using. We could have increased the buffer size but rather than risk it crashing again we saved to a new location with more space. Boring answer I’m afraid, but there we are! Other than that things ran very smoothly.

Nah, it’s good to hear some of the tech stuff for a change. Quite insightful info on how it all works behind the scenes in Margo’s Living Room. Before we end, wanna tell us a bit about your own projects that are on the go?

Timmy: Oh sure. I’m working at Entt studios currently on a freelance sound engineer basis and have been since January. Always happy for more experience. I just did my first gig with my new band Seitan (sic). We played Nambucca on Sept 7th, which went really well. I’ll be playing Gunfactory Studios next month. I’m going to be putting up a website soon that highlights all my electronic music. Oh and I just finished my first short story I’m putting on kindle it’s called Cashcow.

Sounds ace to me! Thanks for helping out on the session and for answering my questions.