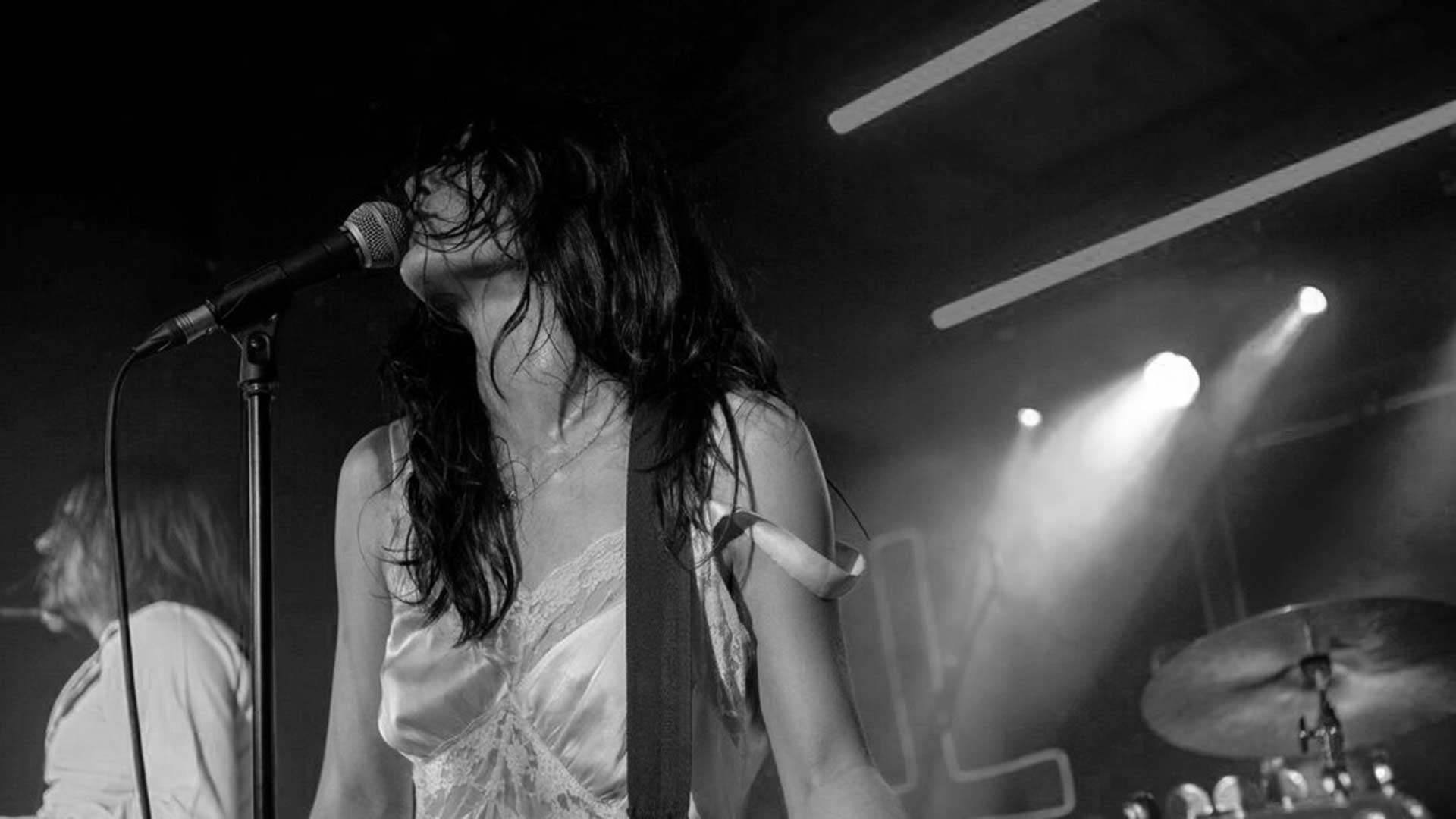 What if Jessica Jones formed a band? Take a moment to think about that before you continue reading. Cool? Done?

Right, now that I’ve hinted at my take on Saint Agnes’ one finger salute to the patriarchal structures that still dominate a night out, it’s time to talk about Sit Down and Projector. 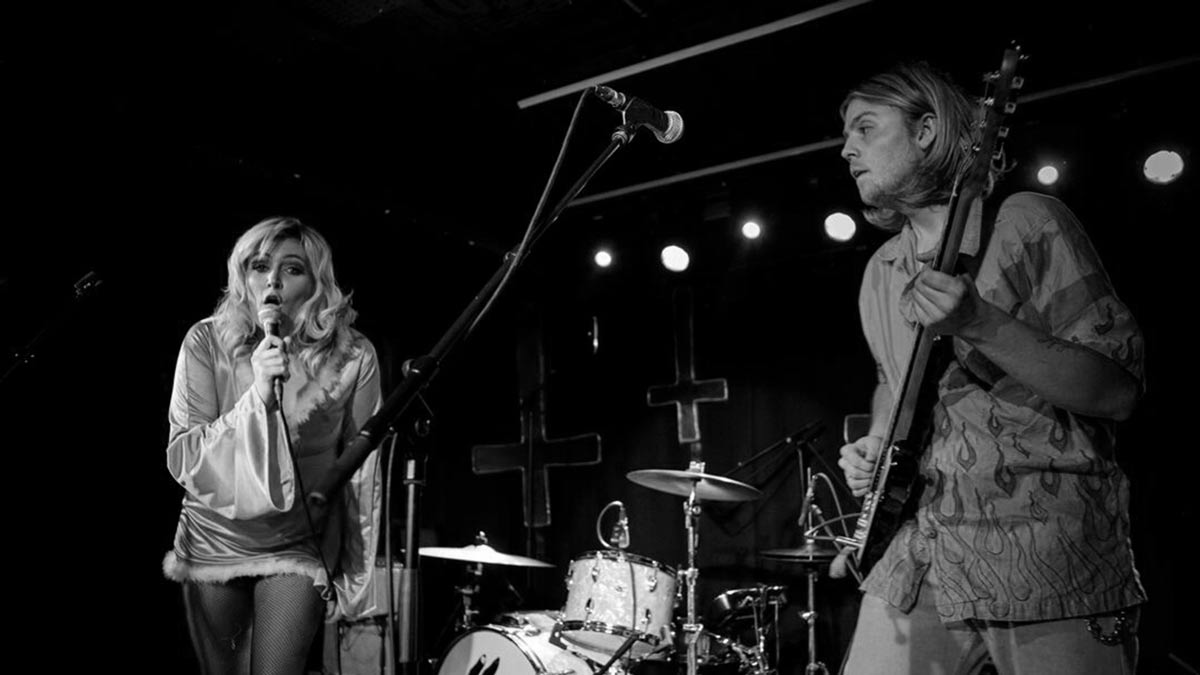 Picture this: the venue is a third full, your band hails from outside of London, and you’re supporting Saint Agnes in their prime on their EP release night. Do you take chances?

The Brighton duo melds raw strips of grunge and R&B. However unlikely that genre mash sounds, it’s within such a risk that the two-piece fizzles. It’s hard to recall a new band – nay – any band who embrace R&B club culture with such cheek, although, the set is full of fuzzed up guitar and bass. Helps the medicine go down with the hard rockers assembled here this evening.

‘Cheap Luxe’ is a potent set closer, and one has to tip the proverbial hat in their direction for yet again juggling the contents of their show (this is the third time I’ve seen them and their set is still evolving). With Greg’s valiant strides not to mention cute dance choreography with Katie, Sit Down seem to revel in sublime unpredictability where other bands may have chosen to play it safe.

(Extra bonus points for their stage wear: Greg in his turquoise shirt with painted flames reaching out from his waistline, and Katie in something Agnetha Fältskog would wear during her ‘Waterloo’ period. An Eskimo with attitude). 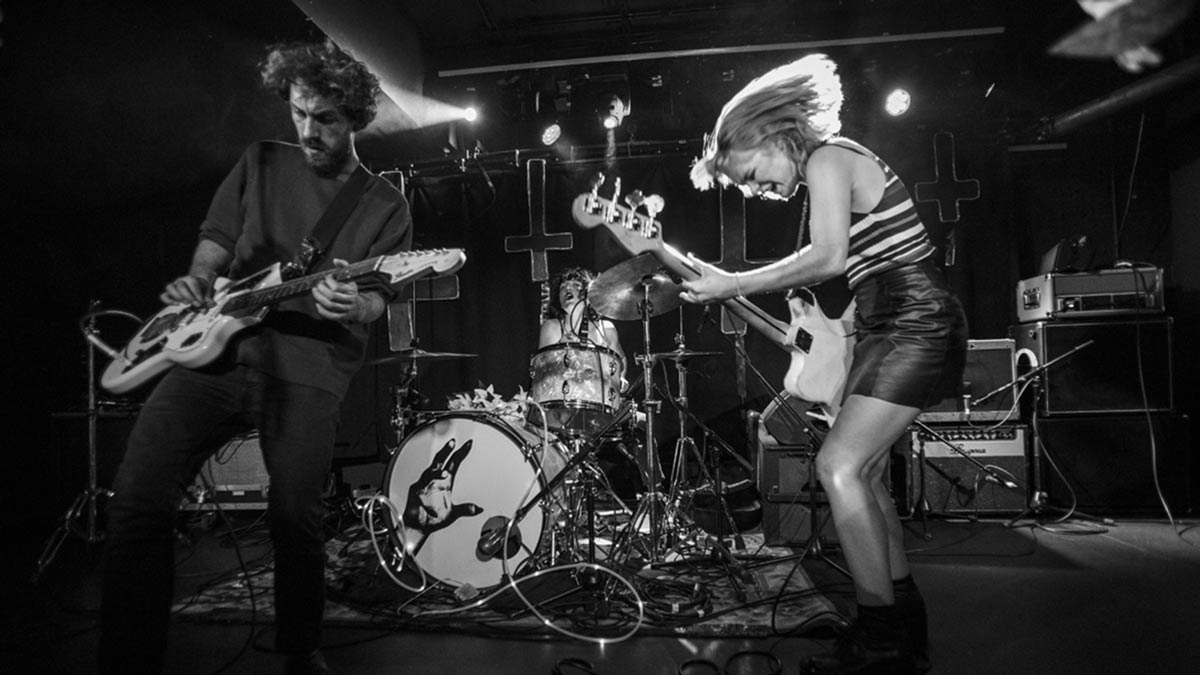 ‘Full Circle’ is yet another release from Projector’s upcoming EP being promoted by Roadkill Records. Kicking off with the track makes sense. For the uninitiated, the band sound like a cult phenomenon in waiting.

Since an early London show featuring Gaygirl and Dolls, the trio has had a rather meteoric ascendancy on the small club/pub circuit. Why? Well, let’s be clear, every band having their particular gems, their selling points as it were, Projector gain new fans in legion due to the songwriting, the slacker rock performances and yeah – Lucy Sheeran’s voice. THAT fucking call to arms hitmaker, pitch-perfect in its rendering of anguish-ridden lyrics that would make any Cure fan convert to their cause. And yet, there is a dynamism to the music which seems to belly such angst on display tonight.

Beneath neon blue and lava illumination, within a setting forced to refurbish its insides to accommodate EDM and R&B nights which characterise many a London weekend (because we don’t want the Borderline to close do we?), Projector gracefully execute ‘Dreaming’. This song is mainly sung by Edward (guitar) and alongside ‘Love’ justifies their presence on the same bill as the juggernauts soon to grace the stage. And yet, now that the show is over, I can’t help but feel it might be time for a change up in the set. Perhaps I’ve seen them far too many times this year. The jury is out so to speak.

The set closes with a feral version of ‘I Am Shamed’, Ed discarding a troublesome guitar. He grips the mic and delivers his heart out to a room which has begun to swell in capacity. All this whilst Demelza pummels her drum kit with suitable aplomb (such a delight to watch as she definitely hails from the Jon Bonham school of stagecraft). Lucy chucks her bass at Ed’s axe with a throw not only well-timed but also laughable as her instrument makes one last gasp of distortion. 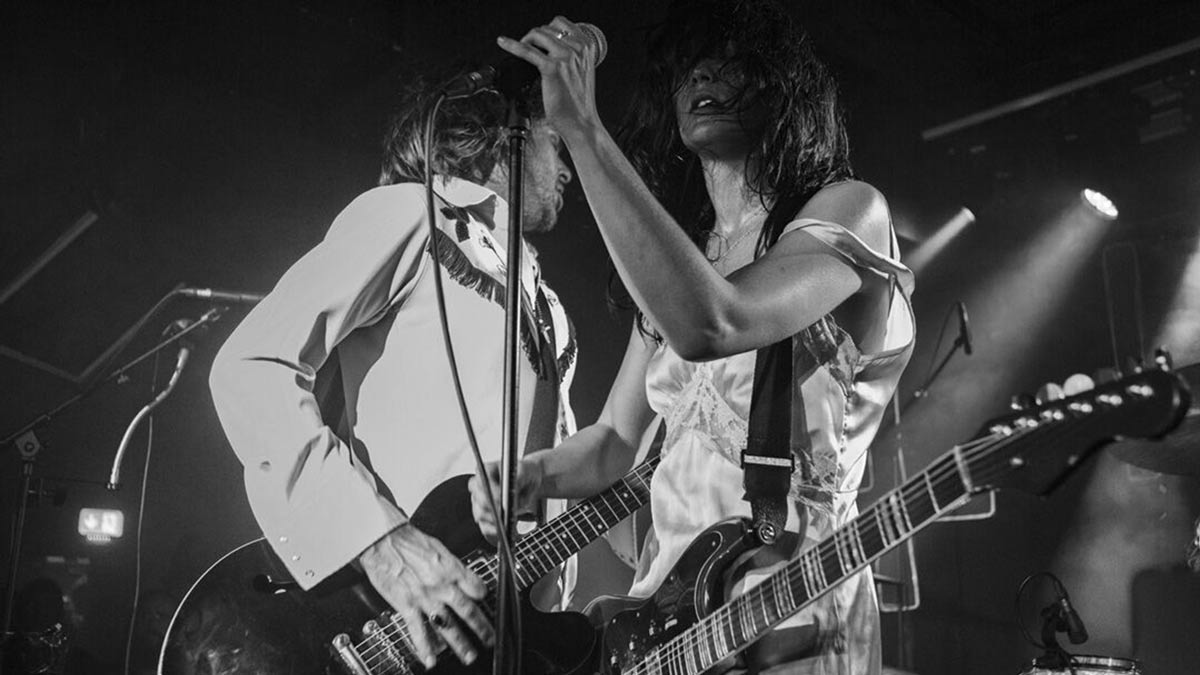 So then my question from earlier: What if Jessica Jones formed a band?

She’d probably pre-record a pseudo-PSA where women are encouraged to step to the front of the stage. This same vocal snaking out of the PA would encourage abandonment and crowd surfing (which frontwoman Kitty Arabella does rather fluidly), but the voice also warns that ‘being a dick’ will not be tolerated.

And this is how Saint Agnes begin the end of their tour.

Sure, we have the familiar satanic shtick via upside down crosses, well managed dry ice, and that trick from the Lexington show is repeated: three close friends dressed in robes upstage for ten minutes to build up tension before being led off and replaced by the band. What we don’t count on is how much fun has been incorporated into the band’s plans.

Halfway through opener ‘The Death Or Glory Gang’, Kitty halts midway through some potent emotive vocal styling to ask the crowd how they’re doing. The last thing the audience is prepared for.

‘I feel Dangerous Around You’ is a swampy rock monster which claws curious listeners deep down into itself. When it’s finally clear that the usual four and a half minutes is being drawn out into a well justified eight-minute jam, Saint Agnes have offered enough visual and sonic signifiers that hammer home tonight’s theme: Surprise.

Throughout the forty odd minutes of this gathering, Jon Tufnell’s guitar screeches and wails in an ongoing communion with some old forgotten god, and to denounce such a lofty-sounding claim is to unwittingly admit to never seeing the band live, let alone at such dizzying heights. It’s a crime that Ben’s bass work and Andy’s drumming don’t take as much copy space as I’d like, but I think that Kitty and Jon are doing other bands a favour for having these two in the group. In any other quartet, where less flamboyant singers preside, Ben’s slick basslines and Andy’s thundering syncopation would be what Keith Moon was to The Who or Bootsie Collins was to … well, you get the picture.

Tufnell requests the photographers take a few steps back to allow fans to get closer to the stage. Such is this gang’s way.

How does one top this? Well, a self-proclaimed practising witch strides about the stage drawing female fans up on stage for a singalong of ‘Sister Electric’. Kitty, very much like the aforementioned Ms Jones is no man hater. She is in fact acutely aware of how easy the structure of a rock gig can favour many an entitled male to force women to the middle or back of a show.

The set closer is ‘Witching Hour’. It rocked. The End.

Pre-order “The Death or Glory Gang” EP on White Vinyl

Stay in touch with Saint Agnes:

All photos by Chris Patmore