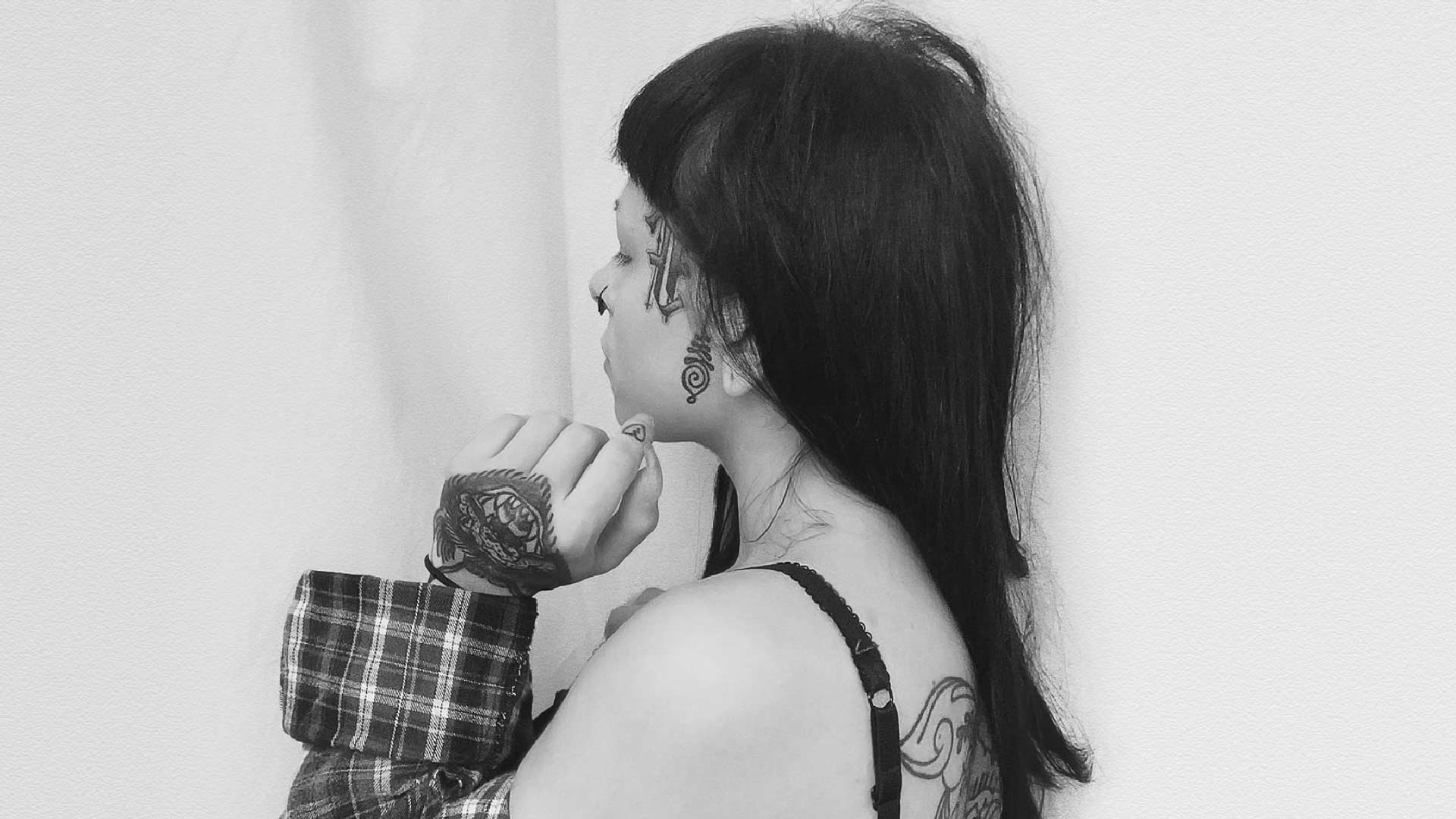 According to Herodotus, the Sumerian temple dedicated to the Mesopotamian Goddess ‘Inanna’, hosted many sex workers, all at the service of the priests. Four thousand years later, conversations on the subject of sex work, and what it entails from economic to social standing, has become oddly sensitive.

Although bogged down by cultural stigmas, a new generation of online sex workers is finding more comfortable to maintain social stability, by hiding their identity and establishing a direct relationship with the consumer. The illusion of intimacy.

Twenty-year-old Goth Princess has been using loopholes in Instagram censorship to promote herself on platforms like Only Fans and private Snapchats. But does it hold the same emotional ties as the mainstream online adult industry interaction?

“I don’t have an emotional attachment to the content I share, but as expected, I have had a fair share of comments and things posted about me. There are pressures. A lot of people forget that I’m a real person, I don’t sit around naked all day ready to pop out pictures, my reoccurring customers know that.”

Launched in 2016, Only Fans is a subscription-based service allowing creators to charge fans for content via monthly transactions. Although initially used by artists and independent businesses, Only Fans has quickly become a hive for adult entertainment, putting the power back into the creator’s hands. Goth Princess’ activity within this community has gained considerable traction. Within the first year, she found herself in the top 17 per cent creators.

“I see Only Fans and private Snapchats as such a normal thing now. Everyone has them, and it is slowly becoming less and less frowned upon, and I think it’s great.”

Goth Princess takes a different approach to what many believe sex work to entails, and these digital interactions are ‘safer’. It doesn’t nurture any level of uncertainty or danger, unlike those associated with face to face interactions.

It’s no secrets that the internet killed the industry for many stars – becoming reliant on RPM systems with an influx of people wanting to become the next Tori Black. A newfound respect for the creators and their content could see a revolution for long-overdue compliance. Sex work is a culture, one that millions of people indulge in daily.

Check out Goth Princess on Only Fans (NSFW)

The world as we know it has ended. A nuclear conflict has virtually obliterated human life from planet earth. A… END_OF_DOCUMENT_TOKEN_TO_BE_REPLACED

“Women represent over 50% of the population in Brazil, and if motorcycle-riding former army captain Bolsonaro, is to have any… END_OF_DOCUMENT_TOKEN_TO_BE_REPLACED