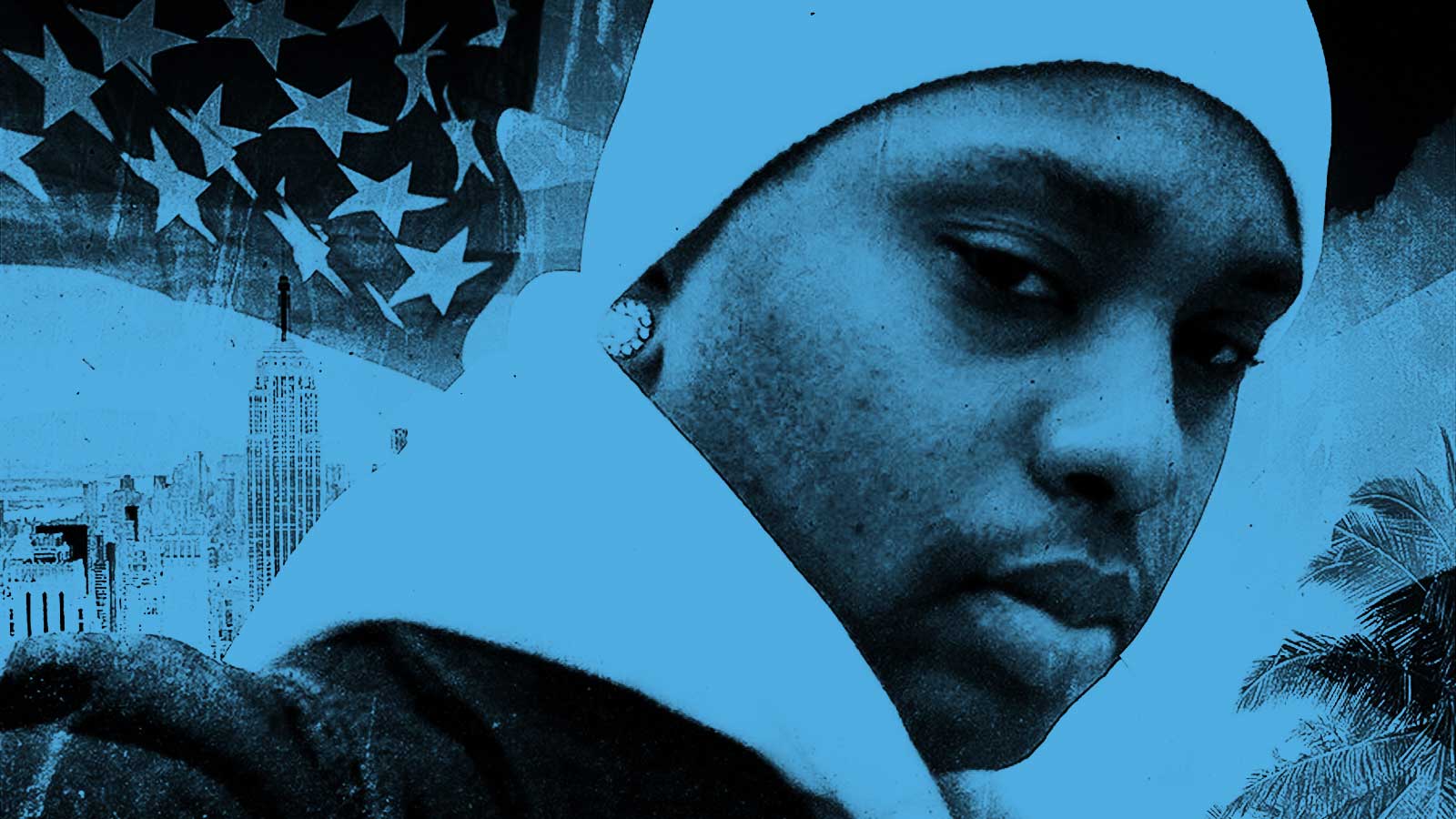 Dancehall reggae has been called the most homophobic genre of music on the planet. In 1988, coincidently the same year American rap group N.W.A. released lyrically controversial Straight Outta Compton, Jamaican dancehall artist Buju Banton called for the explicit murder of gay men in his number one hit Boom Bye Bye. Homophobia and dancehall have developed a long-standing relationship, where gay-bashing and threatening is commonplace and where ultra-masculinity paired with religious fundamentalism shine.

Enter Drew Angel. Drew is a dancehall singer and rapper born and raised in Jamaica, based in New York City. Drew has gained some media attention and somewhat of a following as he identifies both as a dancehall DJ and a proud gay man. Drew strips the typical dancehall identity down to its core and builds it back up in his own queer way, with often sexually-explicit lyrics that in many ways parallel popular themes within dancehall, but turning them on their head; ‘queering’ them. There is conflict between Drew’s cultural heritage of homophobia and his own identity as a gay man and artist, similarly to Le1f, Mykki Blanco and many more in the hip-hop community. I had a little chat with Drew about his music, dancehall culture, and a bit of Jamaican history, some of which you can read below.


Drew, where do you find the most love and support for your music?

I mostly hear from people who love dancehall in the US. Here (in NYC), they kind of love that vibe, even though they are Americans, they love to dance to Jamaican music and dancehall is what’s happening. Anyway, I think they’d be more supportive than a lot of Jamaicans, just because of the culture.

Ok, so in terms of the LGBT community here in the US, when someone hear homophobic slurs in lyrics and offensive track titles, what is the reaction?

Based on going and seeing how they react, like in a club, I don’t think most of them are grasping the concept of what the lyrics are saying. Most of them are just moving to the instrument and the beats. That’s in part what inspired me to start writing and recording, I thought, you guys don’t even know what these people are saying, you would be offended but instead you’re dancing to it with a smile. And so I thought, if y’all can dance to that, I can write, make it dancehall, but make it with some lyrics that you guys can relate to.  That’s a big part of why I started making music, there was no one bridging that gap between a nice dancehall riddim and a voice for people of ‘the lifestyle’.

Very cool. Do you think someone could try to bridge this sort of musical gap as an artist living and working in Jamaica?

No. It would be a death wish for their career, and maybe even for them. I don’t know of any other [LGBT] dancehall artists, because you couldn’t be ‘out’ and that sort of culture. In recent years, more of the gay community has been coming out in public, you know, cross-dressing, being proud – which is risky in Jamaica, but you need to do that to start raising social acceptance. I look at women’s right, the civil rights movement, and I know that if these people didn’t take stands, change wouldn’t happen. I’m trying to show people that change can happen in usual places, like the dancehall community.

How have you developed in your relationship with such a homophobic musical culture, do ever feel like it is betraying you in a way?

No. For me, it’s not so much a deep love for making dancehall; I make music as more of an outlet for activism on the part of the LGBT community. I love my lifestyle. I would love for someday to be able to go home (to Jamaica) and be able to walk down the street freely, without harassment. So I keep on saying, the same way Marcus Garvey, MLK had to fight for the freedom of black people, the LGBT community has to have heroes fighting for their cause, and if music can be an outlet I use to express that fight, then so be it.

Drew remains an unsigned artist living in New York City, and continues to make music as a campaign for LGBT acceptance in dancehall. Whether or not a ‘queer dancehall movement’ is upon us anytime in the near future is unsure, but knowing that there is at least a seed planted may provide motivation for more to follow.

Hidden away in a desktop file named ‘father’ in a studio overlooking the Adriatic sea, there was a lost, forgotten… END_OF_DOCUMENT_TOKEN_TO_BE_REPLACED

Brooklyn rapper Your Old Droog is replacing cultural figures at a rapid rate of knots in the shape of projects,… END_OF_DOCUMENT_TOKEN_TO_BE_REPLACED