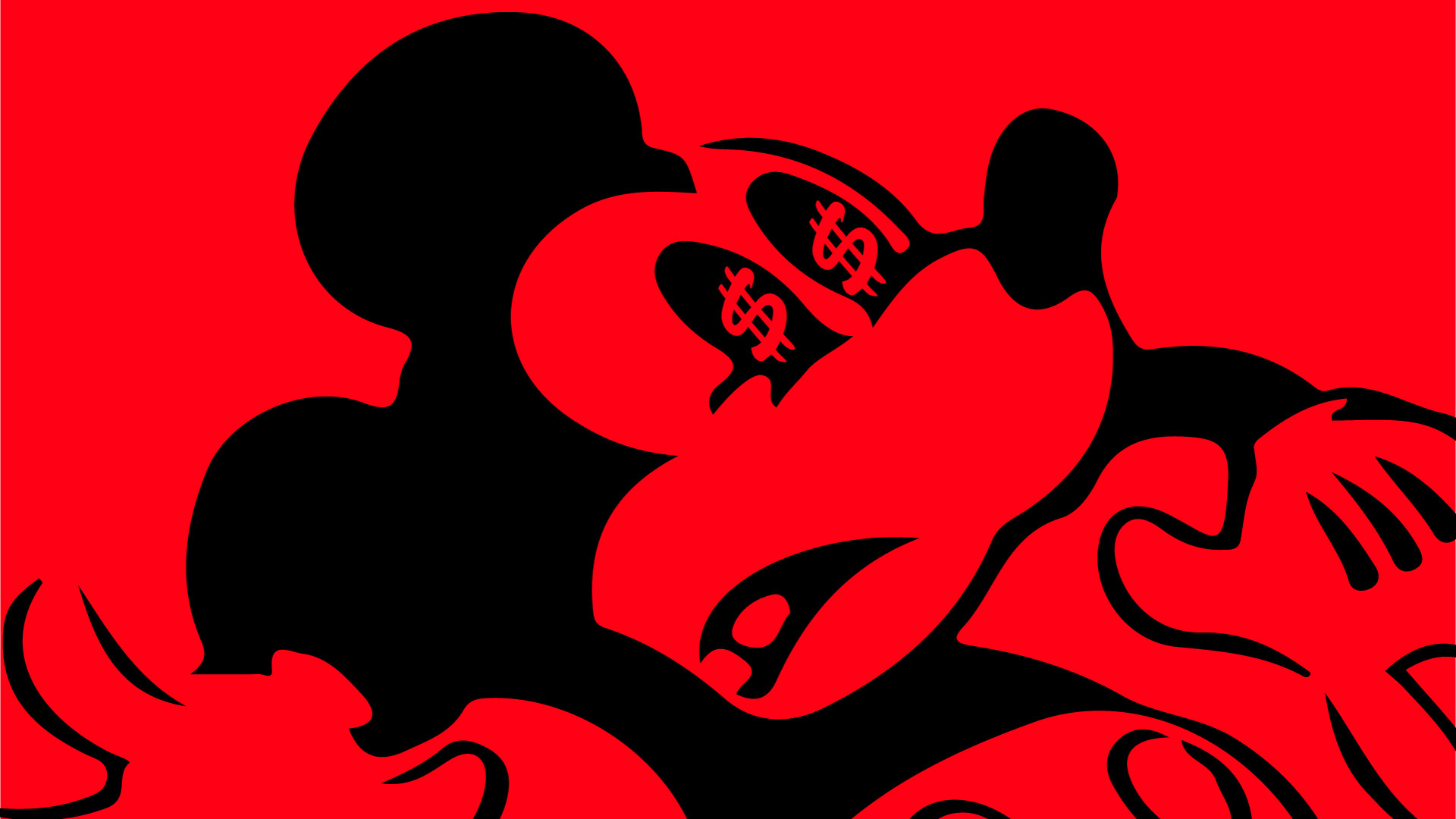 A shallow interpretation of our consumerism today maintains that we are all given an ‘illusion of choice’. Coca-Cola is Republican, and Pepsi is Democrat, with this key conceptualisation of politics as soft drinks pertaining that either choice is bad for you. However, it’s precisely that choice of substituting one product for another that, in turn, develops our identity from the culture of significance that holds us captive. These choices are not academic and theoretical, but rather represent the day to day, unconscious desires of our ego, pertaining to how we would like to be represented to the outside world. In short, we find representation in our commodities because of this very reliance on sign-value.

What if I said ‘Perrier’s Citron Lemon-Lime’ and ‘Perrier’s Pamplemousse Rose’ both exist to supplement the illusion of ‘Perrier Natural’, similar to how ‘This Juicy Water’ exists to imply ‘Evian Water’ as a healthy, natural alternative? Of course, no choice is authentically natural, here – or healthy – but rather each a ‘product’ with its ideological significance. While it is commonly accepted that new commodities are continuously introduced to the market to offer more choice, hyperreality actually suggests that new products exist to sustain the illusion of a company’s flagship commodity, which when viewed in isolation would become another nonsensical abstraction.

These choices are extended to our aesthetic tastes, which have become increasingly absorbed by this system of signs, as laid out by Jean Baudrillard in ‘The System of Objects’. This is what makes consumerism so alluring to us; it is not just a world of cheap illusions where the masses have been duped by some monstrous corporation, but rather an appeal to our base instincts, our selfish desires for some narcissistic gratification. In many ways, these techniques attempt to fulfil a spiritual emptiness.

In ‘American Psycho’, when Patrick Bateman demonstrates his inner resentment at his colleague’s superior business card, he knows he has been out-done by a ‘tasteful thickness’ – crushingly defeated – in this game of signs and signifiers, especially in regards to his own failed representation as the most powerful man in the room. In many ways, we all operate like Patrick Bateman looking to compete with our neighbours over the picket fences of our own egos. The power of our system lies in how it promotes not only the material successes of the uncompromising capitalist but also the moral virtue of the revolutionary activist.

Do we really believe that the same companies that led to ecological devastation – and historical oppression of the wage-earner – suddenly care about educated children and deforestation? In reality, there is no ‘they care’ but rather ‘we care’. In the modern world, advertisement understands the importance of customer satisfaction, and there’s nothing more satisfying than peddling the moral virtue that helps a consumer sleep at night. And so, consumers buy Ben & Jerry’s ice cream, not to fuel an addiction to sugar, but rather to relive the victories of emancipation. This progressive idea of a separation between the conscious and unconscious consumer is yet another fiction in the game of hyperreality.

Perhaps, a more thematically relevant example of our unconscious states of hyperreality could be taken from a film like Gore Verbinski’s ‘A Cure For Wellness’. Despite becoming a hugely unsuccessful, box-office failure, this psychological horror shows us the pervasive effects of nefarious illusions, negated only by a protagonist increasing his conscious state to one of heightened awareness. From the outset, the film follows the journey of a young business executive as he travels to a hydropathy clinic located in the atmospheric gothique of the Swiss Alps. Emblematic of the youthful, precarious accomplishments of a vague capitalist America, our troubled protagonist, Lockhart, is tasked with bringing home an increasingly estranged CEO, Roland Pembroke; who must face the criminal charges of corporate misconduct.

We observe Lockhart leaving the tangible, materialist world of financial services before ascending towards the mysterious, phantasmagorical realms of Dr Heinreich Volmer’s ‘wellness centre’, where patients drink spring water imbued with a miraculously restorative property. Unable to locate Pembroke at the clinic, Lockhart is told by a mysterious girl that ‘nobody ever leaves’ and an accident later renders him to the status of ‘patient’. Here, Lockhart begins his journey of mental deliquescence, increasingly unable to distinguish what’s real and what isn’t.

Of course, unlike the passive viewership, Lockhart soon discovers the dark truth of his own world; that is, despite ingesting large quantities of the spring water, the patients are suffering from profound dehydration. What was promised as a cure to the ailments of the modern world, actually exasperated the issues of his own ‘depleted immune system’, whereby all patients were made increasingly sick under the pretence of a cure. What’s more, the water is distilled through the patients to produce a life-giving essence, that vastly extends the natural lives of Dr Heinreich Volmer, his staff, and the mysterious girl, Hannah, whom Lockhart gradually befriends through some awkward romantic interaction.

Similar to this fiction, the system of signs is sustained by the distillation process of consumption, an essence that grows stronger through each generational proliferation – an everlasting quintessence. (It is no coincidence that the evil, manipulative characters’ lives in ‘A Cure for Wellness’ are unnaturally sustained through the sweat and willing ignorance of their victims.) Isn’t this exactly how a neoliberal, capitalist realism works? The pervasive, technocratic advances of the future presented to us as tangible solutions, despite bringing a level of fatal, life-draining suffering and environmental degradation; a profundity sustained by our blind acceptance of a universal framework; a diagnosis we didn’t need – our cure for wellness.

Following the defeat of Dr Volmer, the wellness clinic is burnt to the ground through the illuminating grandeur of arson. The surviving patients look on at the wreckage with the warped, existential angst of a fallen system. Meanwhile, Lockhart returns to a secondary, global world of illusion; that is, into the remnants of the hyperreal dystopia from which he came. Hannah clutches to him on the back of a bike, representing not only her freedom but perhaps her saviour’s newfound perspective, a clarity beyond material nihilism. And while Lockhart has rescued Hannah from her own perverse, corrupt, illusionary world, we wonder if Hannah will rescue Lockhart from his. The real story of a fiery revolution begins here, in the manic face of a corporate lackey.

Miguel F. Doria at the Centre for Environmental Risk at the University of East Anglia, produced a white paper in 2006, titled ‘Bottled water versus tap water: understanding consumers’ preferences’. According to Doria’s research, ‘a relatively large proportion of bottled water (between 40–60% globally) consists of packaged tap water[.]’ Unsurprisingly enough, Doria’s research revealed that ‘from a strictly objective perspective, bottled water is not necessarily “better” or “worse” than tap water[…]’ despite a schism in ‘the media and scientific literature’ regarding ‘the merits and faults of each alternative.’ While Doria’s research provides a good overview of the general scientism, the paper reads with a subtle disingenuity, especially in regards to explaining the diverse possibilities ‘for the increase of bottled water consumption.’According to his research, organoleptic reasons – the poor taste of tap water – was often given as an example of why people preferred bottled water. This is fascinating as it indicates the general milieu of the consumerist culture looking for satisfaction in everything, including the vital hydration of their bodies. The maintenance of one’s health and wellbeing are almost used continuously as an opportunity for some cursory gratification. It seems the consumer will always view tap water in relation to the sugary delights of an ice-cold, Coca-Cola. This is an ideal representation of the Baudrillardian system of signs at work. Moreover, we can extend this analysis to other areas of our lives.

All breakfast cereals are competing with the appeal of an extra twenty minutes in bed; hence the proliferation of a market based on high-sugar products that appeal to both convenience and ‘great taste’, while promoting a dialectic of natural authenticity. The task of preparing early morning sustenance is often presented as a task of dissatisfaction as if gratification should be the object of all our daily endeavours. This warped, consumerist mentally is almost always present in advertisements and marketing; for example, where gyms promote vanity and personal aesthetics, over health and wellbeing. (Interestingly enough, even contraception promotes sensation over safety.)

Even so, a great deal of marketing offers to share in this illusion of health and wellbeing by externalising the abstraction to the abstract lives of other people. When we visit the supermarket, we will buy coffee regardless, feeding unhealthy yet necessary and urgent addictions to stimulants and sugar. Despite this horror, we can, at the very least, share in the warm fuzzies felt by the beneficiaries of fair trade, forest regrowth, etc. It seems coffee companies are now more than happy to present the illusion of opportunity and wellbeing for the future of its wage-earners. Of course, this is all done to conceal a purchase based on our own, shallow gratification.

Many consumers would like to believe this doesn’t apply to them. They’d say, ‘if coffee suppliers weren’t ethical, I simply wouldn’t buy the coffee’. If this is you, ask yourself, why doesn’t this ethical virtue ever extend to the technology in your pocket or the clothes on your back? Along these lines, I suspect we will soon see the emergence of ‘Ethical Technologies’; phones made by smiling faces, rather than, say, the Chinese child-slaves of the present day. This isn’t a particularly revolutionary insight but rather another opportunity to point out how an abstract product; that is, coffee itself, absorbs yet another layer of abstraction, augmenting its chain of sign-value significance beyond mere societal prestige, elevating itself, ergo the consumer, with an additional sense of moral virtue.

On a Highstreet of cellophane sandwiches, soymilk lattes and pseudo-healthy choices, Burger King becomes a revolutionary experience of pure ideological desire. Products that are sold as health foods elsewhere are sold with a true-faced manifestation of their genuine depravity. The vegan activists campaigning outside offer an alternative vision that seems perhaps even more alienating and post-material than the industrial-scale, brutal slaughter of animals. This conceals the animus of veganism as perhaps another heightened sense of moral virtue against the masses; after all, what’s saving animals against the spiritually fulfilling melodrama of resentment? Even so, Highstreet activism gets two things right: the comfort of crotch drops and analysis of legality as a product of power.

Ironically, healthy alternatives are almost always accompanied by Coca-Cola. A drink hardly ever criticised, but rather where cutting analysis is outsourced to the means by which the liquid is transmitted from can to mouth. I imagine the controversy surrounding plastic straws is almost entirely an attempt to avoid the criticism of the products themselves.

“I have always been open to writing any genre and style. I guess that’s why the Moonsama chaos methodology resonates… END_OF_DOCUMENT_TOKEN_TO_BE_REPLACED

Hidden away in a desktop file named ‘father’ in a studio overlooking the Adriatic sea, there was a lost, forgotten… END_OF_DOCUMENT_TOKEN_TO_BE_REPLACED