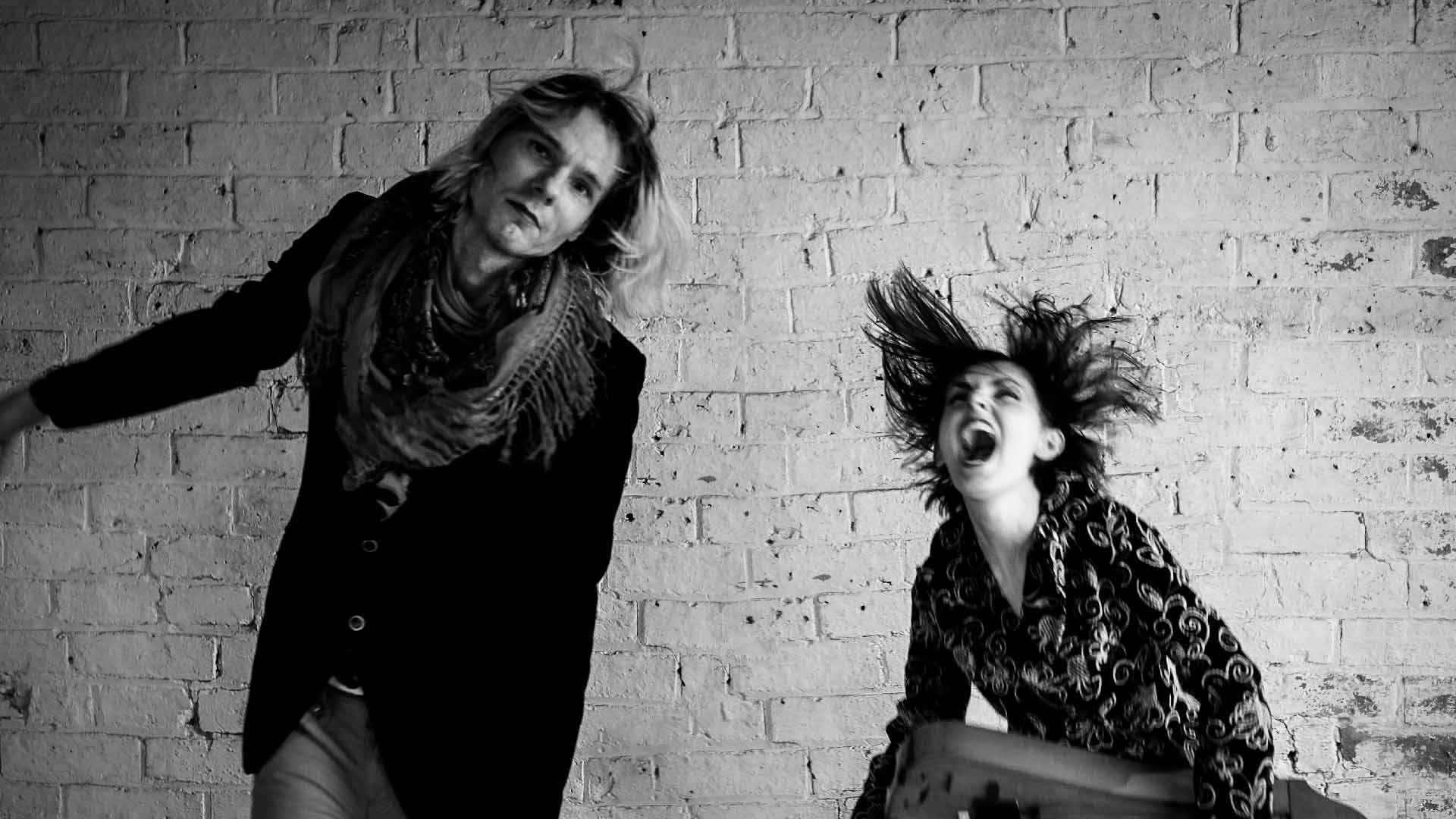 The Hoo Peninsula separates the mouths of two rivers, forming the North Kent Marshes, where intertidal mudflats and shallow lagoons form an estuary land of abandoned, decaying ships. This is the location for tAngerinecAt’s latest music video, ‘Roses From Blood’.

I have never visited the North Kent Marshes, but I am struck by something Eugene Purpurovsky once told Paul Chilton, the duo of Tangerinecat. “We were walking along the Hoo Peninsula”, Paul says, looking out at the abandoned ships, “when Eugene said to me, ‘That’s how I feel inside’.”

Eugene Purpurovsky, the lead singer of the DIY techno-punk band, was born in Ukraine when it was still part of the USSR. The singer recounts memories of a grandfather, forced to change his registered nationality in order to join the Communist Party and receive the basic rights it entailed. Eugene’s grandmother, on the other hand, took part in the Bolshevik revolution in Kyiv, before becoming a secretary of the NKVD (KGB). In later years, she would be tortured by the memories of those people for whom she had signed the orders to be shot.

Eugene’s family, like many others at that time, witnessed the collapse of the Soviet Union. They were left to live marginalised lives, with rats and without clothing, working for almost nothing – paid with vodka and toilet paper.

Eugene’s step-father, educated within the KGB, was an alcoholic who became extremely violent. During the Soviet period, he was tasked to fly into Yakutiya with the sole mission to destroy their culture. He abused and beat Eugene’s mother every night, hated Eugene for his Jewish roots, and the whole family lived in fear until his death.

Now based in the UK, Tangerinecat’s ‘Roses From Blood’ manifests as an intimate, personal tale of Eugene’s own experience. It captures a struggle to overcome severe trauma, childhood abuse, poverty, gender inequality, dehumanization, and the challenges of being a migrant from a poor post-colonial country.

The video becomes a central exploration of disappearance – not of marginalised individuals – but of the stigma surrounding mental illness. It offers an acute awareness of the pain that lies within our ideological systems that restrain and stifle. Only through an acknowledgement of this pain can our bodies begin to grow again – bloom into roses from blood.

I am interested in the way the subtle shades of a landscape can reflect the mood of a person. I am even more interested in how a person can come to feel like an estuary landscape of abandoned ships – and how they can convey that feeling into music.

In many ways, the ships on the Hoo Peninsula tell the story of all of us, really. Washed up, beaten by the waves and – with a little bit of hope – never hollow, never completely abandoned.

Stay in touch with Tangerinecat:

“I have always been open to writing any genre and style. I guess that’s why the Moonsama chaos methodology resonates… END_OF_DOCUMENT_TOKEN_TO_BE_REPLACED

Hidden away in a desktop file named ‘father’ in a studio overlooking the Adriatic sea, there was a lost, forgotten… END_OF_DOCUMENT_TOKEN_TO_BE_REPLACED