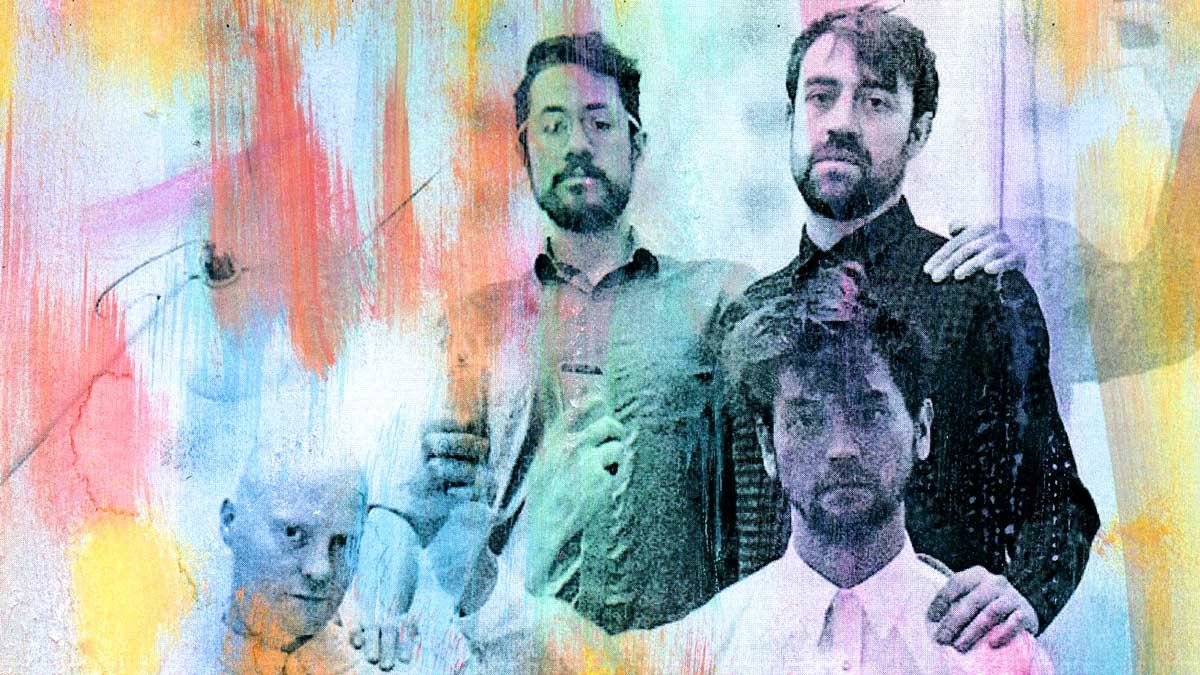 Love screens, or do you hate the flickering signpost of 21st Century Life? Perhaps you might be caught up in the programming of entities that want to sell you something. Who knows. All I know for sure is that U.S.A Nails were kind enough to agree to a mini interview and open up a crack to their mindset. Bought the new album? Perhaps this piece might sway you …

O.K, so Life Cinema. What inspired the title?

Gareth: We realised fairly early on that there was a running theme throughout the record about life lived through screens. So it seemed like the appropriate title.

I take it that you’re not a fan of the current zeitgeist of our culture’s dependency on screens?

Gareth: I wouldn’t say that. It’s not so black and white is it? Screens bring a lot of good stuff in our lives too. It’s more kind of us just reflecting on that sort of thing, the good and the bad.

That’s refreshing. Any particular song that reflects some of the good on that topic and do you find it frustrating that we seemingly live in a world where polar extremes are sought out by both artist and journalist alike?

Gareth: I’m not sure there’s any song that is trying to say specifically that “this is bad” or “this is good”. They kind of just muse on what the implications are of modern life and the way we live it. Polar extremes sell I guess, don’t they? If your message is broad and obvious it’s easier to market. I guess that’s why newspapers clearly align themselves with a particular political party or direction, and why Rage Against The Machine got popular. I don’t have a problem with it when it’s a political direction I’m aligned to too! As a massive lefty, I’m happy to see progressive politics being brought into the mainstream by bands and journos alike.

One clever thing about the music is in its economy. It’s over at a relatively quick pace when compared to many a post-punk LP Was that intentional? I’ve managed to listen to it quite a few times today alone.

Gareth: We’ve always been quite economical with songwriting, I think. But this record is particularly terse…what like 25mins for 12 songs? Steven, in particular, is very good at pushing us forward and not over-thinking or over-complicating things. We put songs to bed quickly and try to trust our instincts. And I guess we are all quite into minimalism at the moment. In our younger days, we were maybe all in bands who had a tendency to cram loads of ideas into a single song, which is fine, but I think we’re currently keen to embrace this different way of working. And yeah, as a result of that a lot of the tunes are quite short.

The fact that you end on a reprise of the title track reminds me of Terrorvision’s second album ‘How to Make Friends and Influence People’. They had a similar trick that, in a way, encourages people to re-take the journey through the album again. What was the thought behind the inclusion of the reprise?

Gareth: Can’t say I’m a fan of Terrorvision myself ha. It wasn’t conceived as a device to make people re-listen no. If I were trying to appear intelligent, I would tell you we wanted to give the album continuity and tie up everything in a neat little package. If I were trying to be glib, I would say that it was an after-thought to give the record the illusion of structure where there isn’t any.

Finally, this collection of songs has quite a few memorable titles, none more so than A Sense Of Self Will Always Limit You. Do you come up with the names afterwards, or was there an idea to begin with that the music was crafted around? Feel free to plug your next gig.

Gareth: Names are generally applied after lyrics, and lyrics are applied after the music is written. Steven is keen to use lyrics as song titles, but I prefer…to not do that. I dunno how it is for most people, but when I start writing lyrics, I don’t always know what a song is going to be about until all the words are down. If I was a better songwriter, I might be able to be more conceptual about things and decide on a subject and title and then write about it. But that’s hard. Is that punk? Who knows. Fuck it.

Hidden away in a desktop file named ‘father’ in a studio overlooking the Adriatic sea, there was a lost, forgotten… END_OF_DOCUMENT_TOKEN_TO_BE_REPLACED

Brooklyn rapper Your Old Droog is replacing cultural figures at a rapid rate of knots in the shape of projects,… END_OF_DOCUMENT_TOKEN_TO_BE_REPLACED