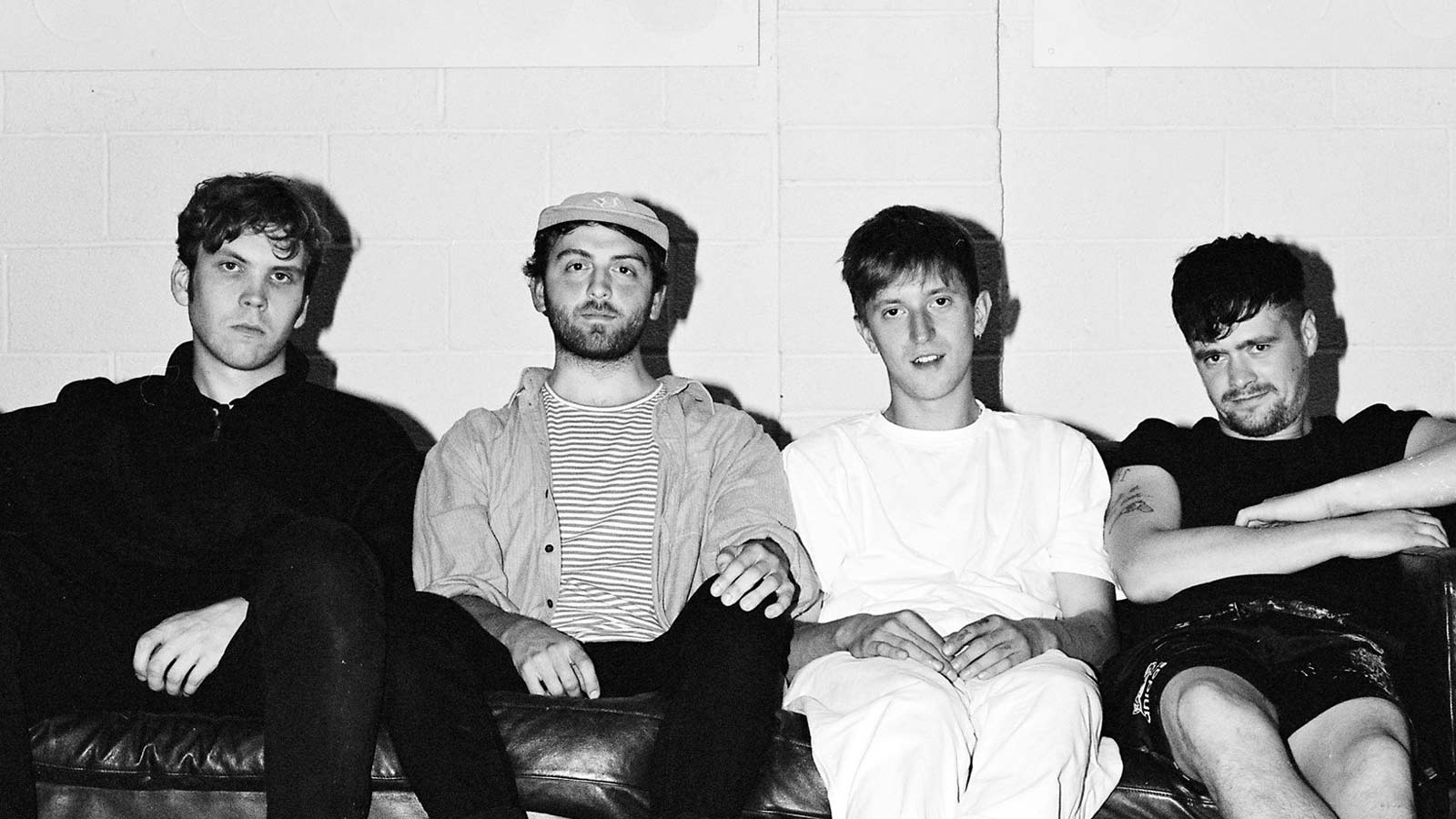 “As cliched as it sounds, the best element of touring is seeing new places. I’ve never been to Berlin and we’re going in a few weeks – I can’t wait.”

Oliver of Heavy Lungs is clearly excited about the prospect of their 24-date tour of the UK and Europe. Marking the release of new EP ‘Measure’, he hopes the shows will provide a unique experience for fans: “I want them to feel like they witnessed something that someone not there couldn’t understand. Something that a YouTube video doesn’t do justice. And I want people to be happy. Happy, sweaty people at the end of shows is my favourite thing.”

For the band, they want the fans to understand music the way they do: “It’s a healer, a form of entertainment, something to make you cry.” And for Oliver himself, it’s something even more personal, a link with his brother: “He played the guitar and was starting to form as well as join bands. I thought it was the coolest thing you could do.” But it was a lucky discovery at the local library that really changed things for him: “I borrowed an Iggy Pop CD from the library when I was eight and that blew my head off. I’ve never recovered.”

Punk at the library might sound odd in most places, but Heavy Lungs are quick to acknowledge the importance of their hometown of Bristol on their music. With its well-supported and innovative underground scene, they’ve been lucky to pursue their passion in a city open to new sounds. And Oliver is keen to stay grounded in that world, particularly when so many people seem to exist more digitally than they do IRL: “Perpetual social media influence is a bit of an issue when people’s lives are controlled by Instagram or Facebook. That can seem a little scary at times. I feel like people don’t do things for themselves that much; it has to be recommended or seen upon social media.” Perhaps that’s why he says the band stands for realism. Although he says they stand for Keanu Reeves fans, too…

That’s not their only celebrity connection, as they’ve been friends with punk rock band Idles for about a decade: “I used to live with Jon, and Joe used to sleep on my sofa. It’s a family, you know!” Their friendship is cemented through Idles’ track ‘Danny Nedelko’, dedicated to the Heavy Lungs frontman: “The track feels surreal but it’s so great when you have lads screaming the chorus at the top of their lungs.”

With an EP dropping, a month-long tour and shows planned for the beginning of 2020, don’t bet against those same Idles fans singing along with Heavy Lungs in the very near future.

Stay in touch with Heavy Lungs:

The world as we know it has ended. A nuclear conflict has virtually obliterated human life from planet earth. A… END_OF_DOCUMENT_TOKEN_TO_BE_REPLACED

“Women represent over 50% of the population in Brazil, and if motorcycle-riding former army captain Bolsonaro, is to have any… END_OF_DOCUMENT_TOKEN_TO_BE_REPLACED