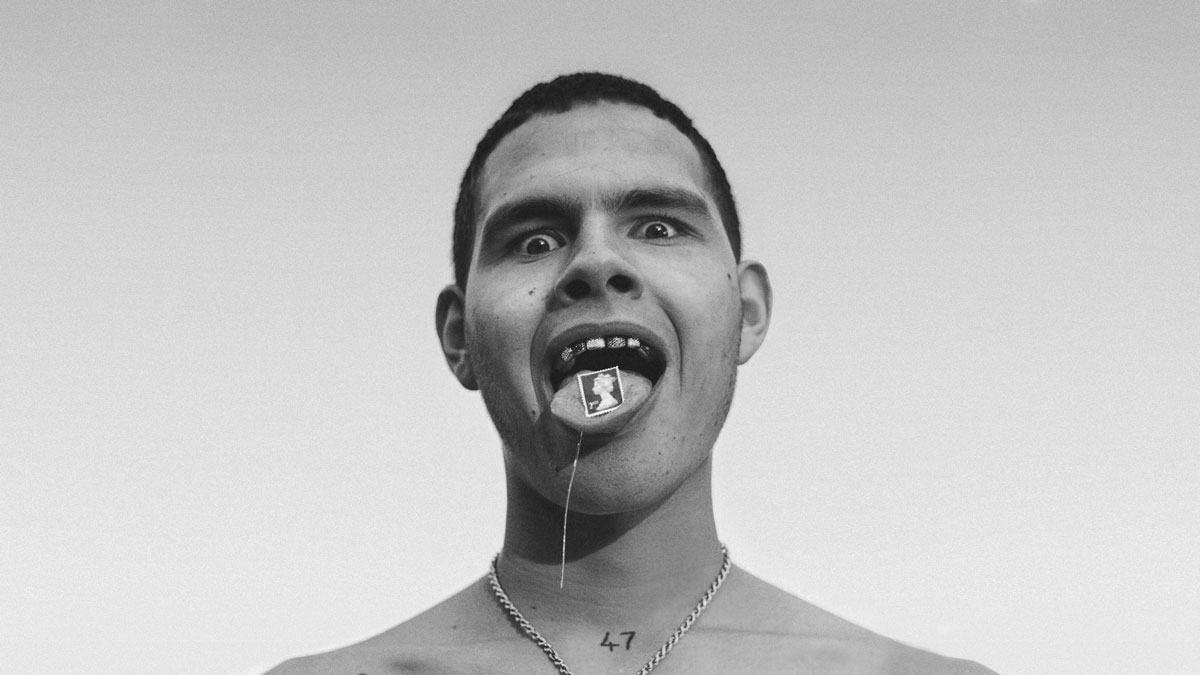 ‘Nothing Great About Britain’ is socially conscious, keenly observational and violently rebellious, all the while maintaining the wicked tongue in cheek humour that Slowthai records have become synonymous with. It is very much a product of the times: a tongue-lashing critique of the societal imbalances experienced by many in Britain today.

From the opening track, he serves up a blunt and indignant perspective on the deteriorating state of the nation, where the realities of inequality, gang violence, racism, and addiction are obscured behind a smokescreen of blind nationalism and British sensibilities. His narrative is one of urgency and suppressed anger, delivered with an articulate and unnerving calm. This is the voice of the disaffected in contemporary society hardened by their experience of being cut adrift. It is new age punk.

This comparison is perhaps most evident with the second track of the album ‘Doorman’. Here, grungy guitar and distorted vocals (courtesy of Mura Masa) have been adopted for a sound that is truly reminiscent of traditional punk. The track is a rambling and disorientated narration of a night out, full of barbed and satirical references to ‘High society’. These more overtly irate numbers of the album are reinforced with down-tempo and reflective interludes like ‘Peace of Mind’, in which Slowthai walks us through the grisly realities of everyday life, and finds himself fantasising about an alternate existence: ‘I feel peace of mind when I’m dreaming of a life I ain’t living’.

This cutting tone and focused anger places Slowthai in direct conflict with the social deterioration and political stultification of Britain today. He previously demonstrated this during a promotional stunt back in April, in which he plastered billboards across London with stark messages of social awareness, underneath which the album title was printed: “Nothing Great About Britain”.

This bold display of defiance, along with his biting critique of modern Britain, makes this album feel greater than the sum of its parts; it is Slowthai’s rallying cry for social justice. This is all executed with the confident air and wry smile of one of grime’s most promising young talents.

Stay in touch with Slowthai:

The world as we know it has ended. A nuclear conflict has virtually obliterated human life from planet earth. A… END_OF_DOCUMENT_TOKEN_TO_BE_REPLACED

“Women represent over 50% of the population in Brazil, and if motorcycle-riding former army captain Bolsonaro, is to have any… END_OF_DOCUMENT_TOKEN_TO_BE_REPLACED