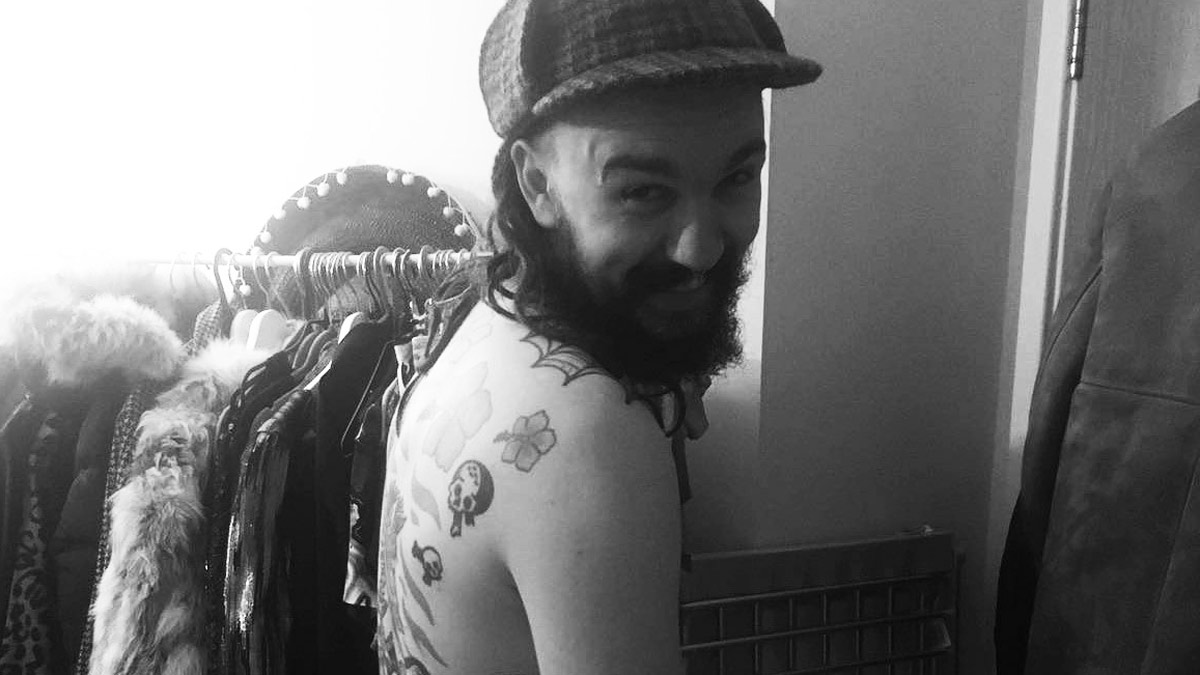 Sam Macklin isn’t one to bullshit to save face, and tonight he’s as candid as ever. The Petty Thieves’ singer and rhythm guitarist is discussing the band’s recent gig at Concorde 2 in Brighton, which saw them support two-tone and ska legends Bad Manners.

Despite the early jitters, supporting Bad Manners would turn out to be “one of the most fun fucking gigs” the band have played. But due to it being a last-minute invitation, it almost didn’t happen at all.

“We got a message on the day the gig was happening,” explains Sam. “A promoter messaged us and was like, ‘Someone’s dropped out – can you do it?’ Then we spent three hours trying to get everyone together. In the end we were two minutes away from missing the gig because Steve was taking so fucking long – as always.”

Steve, the band’s vocalist, retorts with his own version of events: “I was being responsible! It’s because I was wiping my son’s shitty bum and feeding him alphabet shapes. I couldn’t just go, ‘Alright mate, Dad’s just got something to do – stay at home and don’t play with any electrics or anything’. In the end it took me like three hours to say, ‘Yeah, I can definitely come – I don’t have to look after a small child!’”

Did the audience appreciate Steve’s efforts? “Like you do with any support band, the audience started out like, ‘Hurry up, we’re here to see Bad Manners.’ But by about the second song there were a lot of people moving and getting involved, and you could see heads nodding as if to say, ‘Oh, I like that!'”

The band also got the chance to meet one of their inspirations in the bald, bison-tongued Bad Manners’ frontman, Buster Bloodvessel. With a typically laboured delivery, bass player Jacamo volunteers to describe their encounter, but appears reluctant to reveal the full ins and outs of the conversation.

“Buster was a proper nice guy. He had a lot of wise… wisdom.”

What did he say?

With the conversation seemingly going nowhere (Sam would later reveal that Jacamo probably can’t remember what Buster had said), we are thankfully saved by a woman shouting, “Has everyone seen Mr February?”

This proves to be a topic important enough to change the direction of the conversation. Sam, reaching into his pocket to retrieve his phone, starts to elaborate: “I might as well show ya! So, we’re potentially starting a naked Petty Thieves calendar.”

Before Sam has even entered his password, Jacamo has placed his own phone in front of my face. I look down at the screen to see an image of two guys – one with a riddle of tattoos that is unmistakably Jacamo and another who is later revealed to be former member Callum –  proudly showing off their pasty, naked buttocks.

“I’m well up for it!” says Jacamo with a self-satisfied grin. This prompts Chris, the Thieves’ courteous alto sax player, to change the conversation: “Aside from all the shenanigans, we are in the middle of recording an album, which we’re releasing in May. We can sneakily reveal the name of the album: The Right to What is Wrong.”

Sam takes over: “We will also be doing a European tour at the end of September. We’ve signed a distribution deal for the album with Breda Records, so we’ll be doing the tour with them and another small band on their label. Then we’ve booked ourselves in for a few festivals in the summer too: Jurassic Fields, Big Star, Ey Up Mi Duck and One Love.”

With so much in the pipeline, it appears The Petty Thieves are beginning to shed their skin as an amateur local band. Indeed, supporting Bad Manners only serves to back up that notion. Tonight, however, they’re back at the Poco Loco bar in Medway, readying themselves to play in front of 50 people. The bar flies are in, and the stage – barely big enough to accommodate the band – is set. Sam Macklin swigs a mouthful of lager, tweaks his guitar, and takes to the mic to address the familiar faces in the crowd once more.

Find out more about The Petty Thieves: