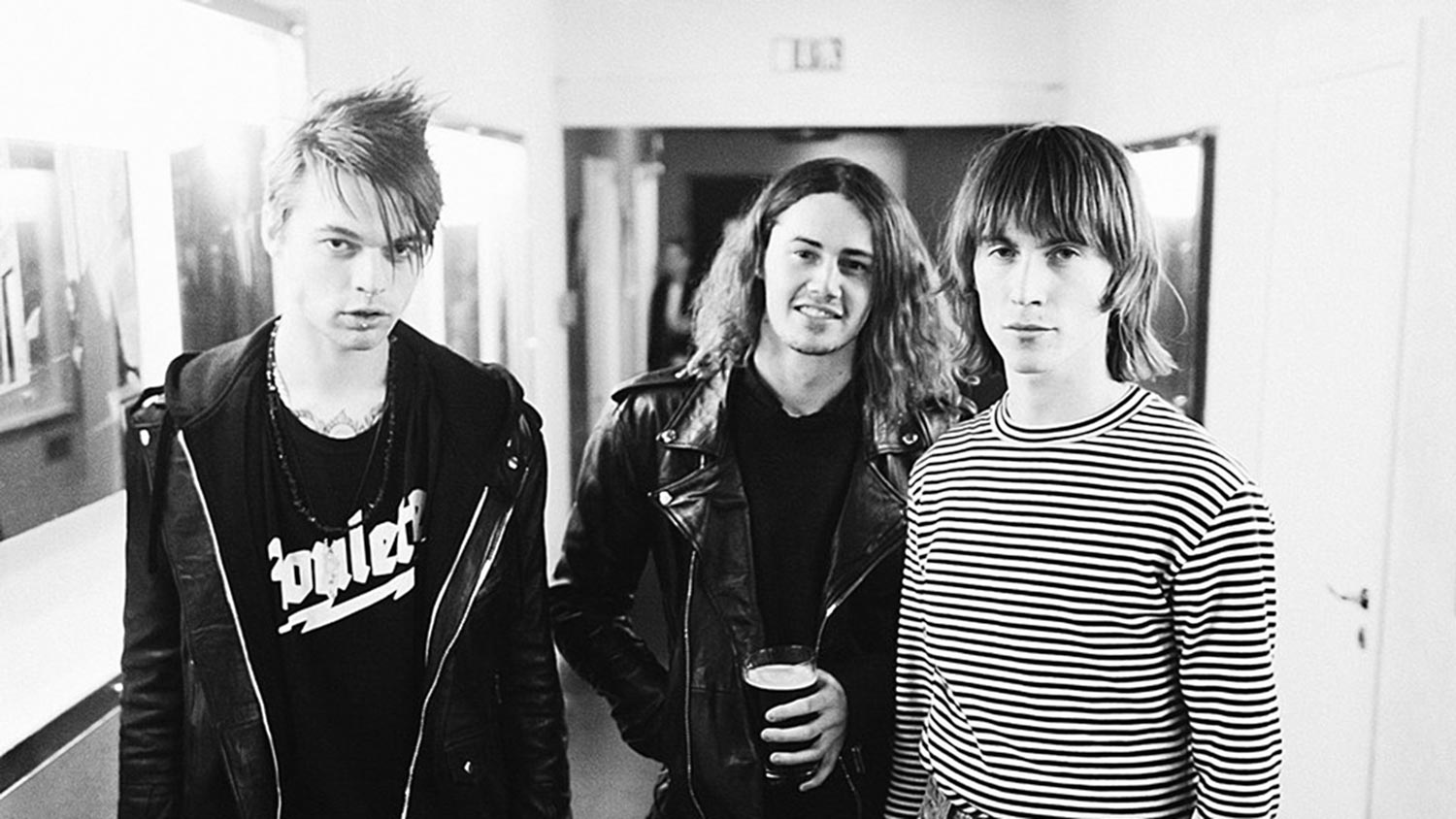 In the digital age, trying to get people to come to gigs is arguably tougher than ever. After all, why should people pay to go to a gig when they can watch footage on YouTube? It’s a big issue for many bands, but SAP’s answer to the problem is simple: give them a good reason to go.

“We try to make every show count,” asserts Angus. “We want to leave each show knowing that we gave as much energy as we could. Live shows are becoming more and more important because you have to give your all in order to compete – especially now with the internet and the scary future ahead of us.”

Keaney jumps in: “People can just sit in their bedroom and watch you from their laptop – our job is to get them out and experience it first hand, to see and feel it in the flesh. We try and do as many shows as possible rather than release a ton of music and do barely any live shows.”

SAP’s attitude is good to hear. We as fans have a need for good live music – not just for the entertainment, but for the experiences. These are memories that bands and audiences create together.

Angus recalls one of his most recent fan encounters:

“Ha, I recently came off stage at a gig, went to the loo and saw a guy in the cubical. He wasn’t using the facility, but seemed to be having a conversation with someone on the phone. As I got closer, he wasn’t on the phone… he was talking to the toilet saying stuff like ‘Yeah, like wise, like wise’, and ‘No, yeah ,I understand’. He then turned to me, pointed at the toilet and said, ‘DON’T TALK TO IT!’ Yeah…”

Given SAP’s enthusiasm for quality live music, I ask them what their touring ambitions are for the future, and who they would like to play with:

Angus: “We would love to support bands like Thee Oh Sees or King Gizzard the Lizard Wizard. We’re going off to play in Stockholm this week but I’d love to tour around France. To be honest… I’d tour the majority of Europe.”

Will: “Barcelona is my favourite city in Europe so I’d love to go there. Band wise, I’d love to support TY Segall just to see how crazy the guy actually is.”

Despite the recent Brexit result – which could make touring Europe harder for bands – SAP don’t appear to be too deterred, but they do have some thoughts about the political events of 2016:

“It’s a crazy world we live in. We just have to accept it and move on,” says Will. “It’s going to be an interesting year with so much uncertainty around Trump and Brexit. He might not be as bad as everyone thinks but we’ll have to wait and see.

“I think we need to worry more about what Spy Minister Theresa May is doing to the UK whilst hiding under Trump’s shadow.”

We are certainly living in a wait-and-see culture but rather than worry, Will interestingly concludes with: “We’re keepin’ it moovin’ mate. I’m moovin’ a boovin’ a shoovin’… a loovin’ a boovin’… boovin’ a shoovin’ mate.” I admire his optimism, and with the political and cultural challenges that bands continue to face, it’s a valuable quality to have.

Find out more about SAP: