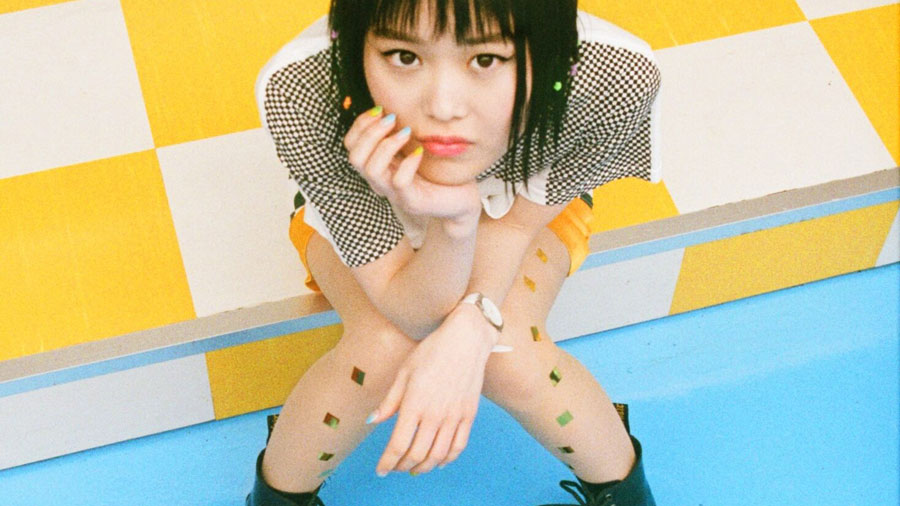 “I sold my soul to the devil.” At first sight, Rei’s Facebook bio does not exactly fit the character, but after listening to her guitar solos and watching her unleash her power on stage, it makes sense: “I feel like a fighter going to a battle when going on stage. I hate to lose, so maybe that is where the power comes from.”

But her power is also fuelled by the support she has received along the way, some examples sticking with her more than others: “A fan told me once, ‘You make me want to live tomorrow.’”

Now, Rei needs only one thing: “I want to travel all around the world and be an international musician! It is great being able to communicate through playing and singing.

“It seemed to be a natural thing to me, wanting to create and entertain. I liked to draw and sing from when I was a kid, so I just follow my intuition.”

Rei’s playing is something else. “I started classical guitar when I was four years old. Still growing, but thank you for finding it amazing! Practising never lets you down…” She has her rituals to help her get ready for battle, including “stretching and some vocal exercises… Plus taking a hot bath helps too!”

According to her, music is “life itself…Colour would also be a good synonym for music. There is a whole lot of variation and diversity to it, but they are all equally attractive in their own unique ways.” It doesn’t come as a surprise that most of her inspiration stems directly from vision: “When I see great scenery at some place I visit through touring, or maybe an outstanding piece of art at some gallery, it just makes me want to make songs.”

If you ask her, she’ll describe her sound as “a fusion of Blues, Rock’n’Roll, Classical based on modern Pop”, a musical heritage she now feeds on: “I have been influenced and brought up by those genres from when I was young.”

“Most of the time, I record bits and bobs of phrases and motifs throughout my everyday life and at work. After that, I’ll go home and build up the arrangement alone. Of course, I struggle sometimes, but that’s what makes the final moment of completing the song so rewarding and special!”

Because creating and recording songs is a bit like boiling a wizard – or devil? – potion, the whole process is unpredictable: “It always depends on what I’m going through at that moment in life.” Juggling English and Japanese lyrics, she insists she wants to “make something that’ll last.”

What if she had not sold her soul to the devil in the first place? What would she be doing instead of music? There is no hesitation: “I would be a chef!”

Stay in touch with Rei: