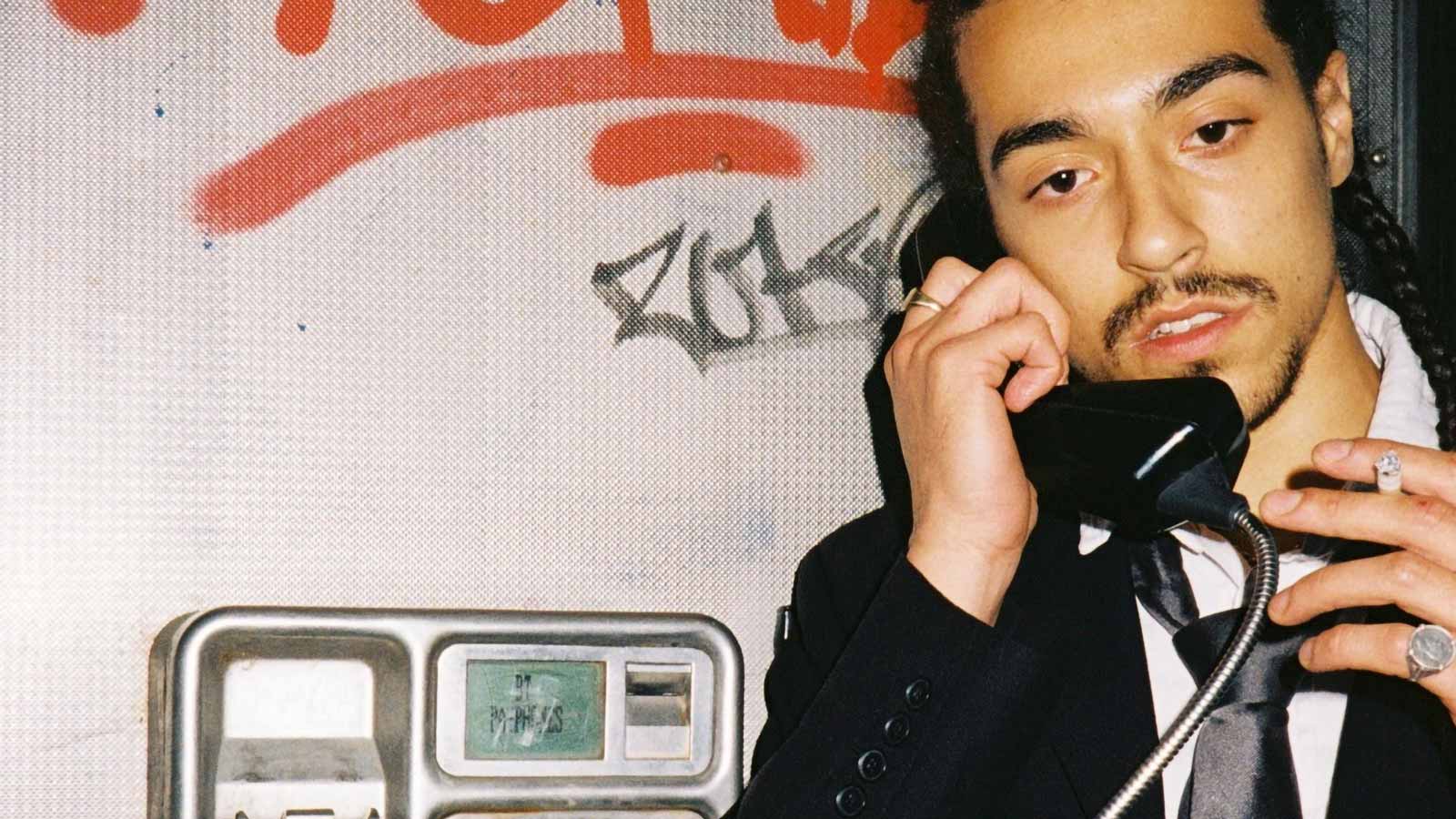 For some wonderful reason unknown to me, Brighton town has a list of new emcees as long as its pier, and together they’re building and moving the UK rap scene forward one wave at a time.

Dereck d.a.c. released his debut album “Umm… Random shit” back in the summer of this year, which acts as a comfy benchmark of what this artist can and will do. Like any good creative this did not satisfy d.a.c., and so he set about developing a series of stunningly simple visuals to guide us listeners through the lyrics.

‘Cheesy’ dropped at the beginning of September and now his second project for ‘Oceans 11’ is bobbing on the horizon, ready to pull into harbour and unload its goods, so I thought it only natural to catch up with the skipper of said ship.

Love the debut release, how do you think this differs from this ‘new wave’ of alternative rap?

Derek: Hard to say. I feel I’m influenced by a lot of this ‘underground’ hip hop music, Mike, Wiki, Madlib, all those strange YouTube channels with rappers who barely hit 5k views – it’s madness. I like obscure people. Music when you can tell someone hasn’t taken into account anything but what they enjoy doing and how they want this song to sound. So to answer your question, I was just being myself, without taking into account anything else but what my producer (KianVsLife) and I wanted to do. It was cool to be in a little bubble and just truly express yourself.

Having directed and produced your first video, is this something you enjoy doing alongside the lyrics?

Derek: Yeah, 100%. Music is the main craft I’m passionate about but its not the only one. When I finish writing a song, I get an idea of what the visuals are going to be, the themes and what I’m going to wear. It’s funny, my brain works at 100 miles an hour sometimes. I’ll have the whole visuals done before I even finish starting the planning. The exciting part is seeing what you initially thought it was going to look like, how it actually ends up.

How do you think your personal music taste has influenced this album and perhaps the visuals that accompany it?

Derek: This project is my private music library looped up, distorted, changed, shapeshifted into an amalgamation of my entire YouTube likes. (Don’t try to steal my samples). It’s a beautiful process of just listening to cool strange music and eventually after months seeing it transform into a beat for me to rap too. d.a.c. takes his time.

The raw, lo-fi nature of your first video makes for entertaining viewing, is this the kind of aesthetic you’re going for?

Derek: Hahaha, yes and no. I mean I’m not joking, we’re broke out here. I clean your plates and take out the bins for a living. Shout out all my kitchen porters out there yo! So, it’s no joke that my visuals look lo-fi. I just bought some cheap VHS camera and went ham. I’ve even had people compliment me on how ‘artsy’ and ‘cool’ it looks. Letting small light holes and other stuff looking humorously bad is my way of making the best of the situation. I couldn’t afford a green screen studio or good lights. I literally purchased 2 green screen sheets from amazon for £7 each, taped it to the wall and got lamps from my friend’s house for the ‘Cheesy’ video. It is liberating to do everything yourself though.

Hidden away in a desktop file named ‘father’ in a studio overlooking the Adriatic sea, there was a lost, forgotten… END_OF_DOCUMENT_TOKEN_TO_BE_REPLACED

Brooklyn rapper Your Old Droog is replacing cultural figures at a rapid rate of knots in the shape of projects,… END_OF_DOCUMENT_TOKEN_TO_BE_REPLACED