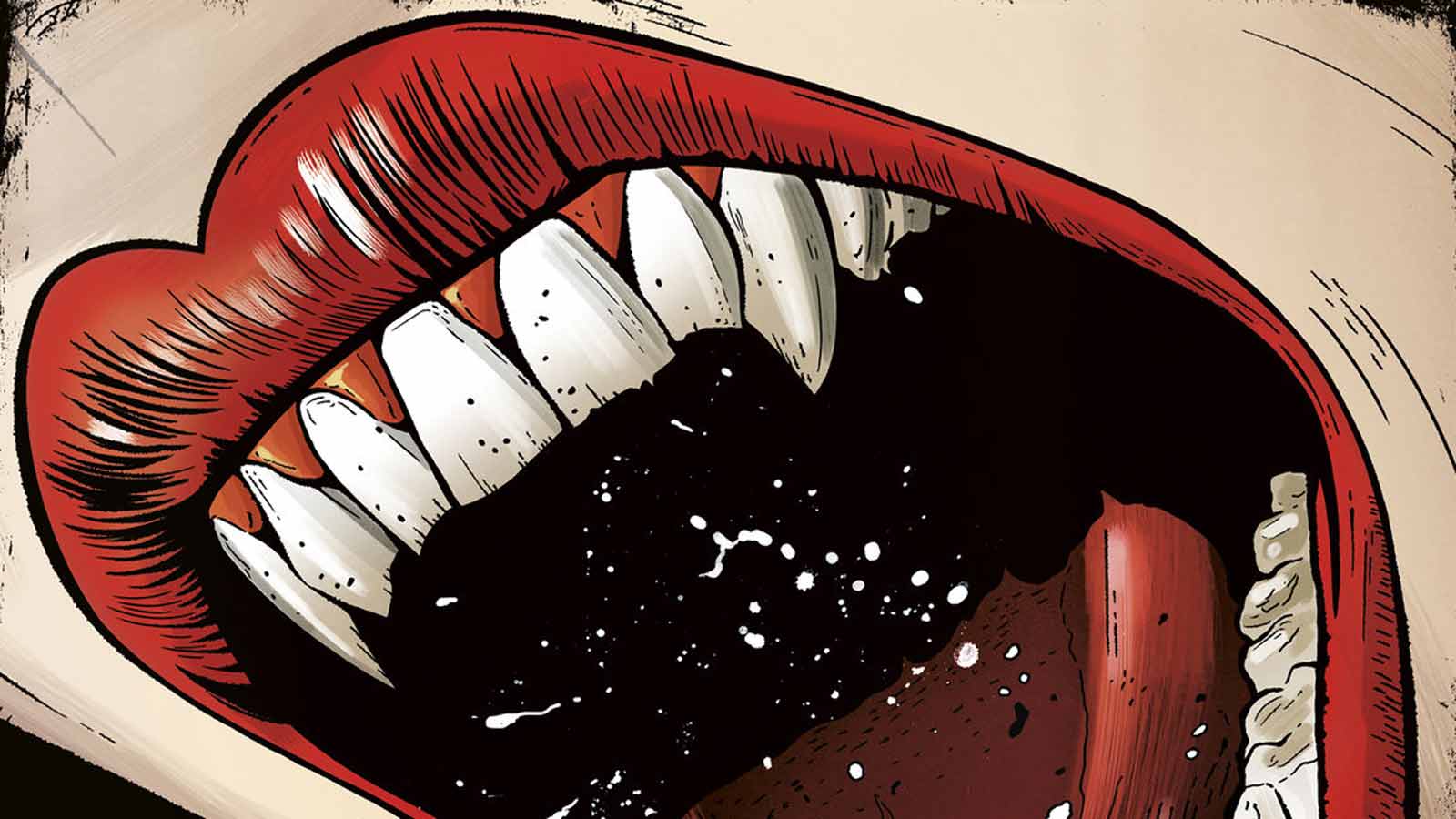 It’s been a while since we last spoke to Dee from Muertos, and ahead of the release of their debut album we thought it about time we reflected on what has changed. She talks about Brexit, racism and the toxic culture we live in – We were struggling to find a great title for her article, then we thought – Suck it up sums it up perfectly.

Crikey, a lot has changed since we last spoke. Let’s see – there was that little ‘Brexit’ thing, a certain someone getting elected in the USA, the UK now has “strong and stable” leadership. A lot has changed, and nothing has changed at the same time, you know? Politically, I feel like our wounds in the world are a lot closer to the surface than they have been in the past, but I feel like the current alt-right wing train the world is riding at the moment has been going along these tracks for a looooong time – certainly as long as I’ve been in England.

For me, the things that have changed are my ways of coping. It maybe sounds melodramatic to say this, but I don’t care, don’t judge until you’ve walked a mile in my shoes – I have always been affected by racism. Brexit hasn’t made that a new thing, immigrants and people of colour have been experiencing that since forever. When I came to England in 2004, I was immediately made aware that I don’t fit in. My first workplace here was overtly racist, and on many occasions, I was called a foreigner by my own colleagues – believe me it wasn’t a compliment. One time a particularly vile individual at that place said to a group of people in a meeting “be careful what we say here, there is a foreigner in the room” (me). If you’re reading this, Keith, go fuck yourself.

Bear with me while I give another example, I promise there is a point. Another time, in July 2005 after the London tube bombings, I was threatened while I was out walking on my own through the park. A man, just your everyday white man wearing no top in the summer, was walking past me from the opposite direction. As he approached, he was glaring at me, and he shouted at me ‘FOREIGNER’ with so much rage that spit was coming out of his mouth. I was terrified, so my survival instinct kicked in – don’t make eye contact, don’t respond, just run. I didn’t stop until I was more than a mile away, and I was shaking and crying. The most hurtful part of that for me was that I hadn’t said a single word to him – we were just strangers passing in the park, and immediately he could see that I was not from here. I mean I’m not British, I was born in California and am the descendant of Mexican immigrants amongst other things – like many Californians I’ve got lots of different countries running through my veins – but the thing that shocked me is that even though it’s my home and I now have British citizenship, I don’t even have to open my mouth for people to hate me for who they perceive me to be. I wish I’d had the strength at that point to confront that man, to say something.

Now, everything has taken on a new urgency. I’m a lot more fed up now than I was in 2005 and less willing to take bullshit. There is so much problematic behaviour that I let slide and didn’t challenge in the past because I didn’t feel I would be supported. If I could go back in time, I would take a stand, not only for me but so that other people would not have to suffer the same way. At the time, I tried for a long time to keep my head down and blend in, to minimise disruption to my life, but I realise now that all that was like trying to keep a big festering wound from exploding. I feel like we’re in that period of explosion now, with extreme ideologies taking action across the world. I hope this is a period of cleansing and that getting to this place where things are so visibly fucked is our turning point – like an alcoholic has to recognise that they have a problem before they get help and turn themselves around.

Lastly, I think it takes careful balancing – all of 2017, I was in a state of pretty much permanent rage – like how dare you do this to me world. First Brexit, which felt like being punched in the chest physically and told to fuck off and go home, then Trump, for which there are no words for how awful that feels, and how much it has affected and made me fear for the safety of my family back home in the USA. So it’s not surprising that I went on activist overload – I took it on as my personal mission to try to save the world. I was volunteering tons for the labour party and going to protests and all kinds of things, getting in shouting matches with people and trading angry words on the internet. But I burnt out. I can’t stay so mad at the world forever, because it’s not a sustainable place to be. I am still angry – don’t get me wrong, things are heartbreaking. Look what’s happening with children and parents being separated in the USA, it’s utterly inhumane. Also, see all the transphobia that is coming out in the open and taking over parts of the feminist movement, it’s hypocritical and truly endangers people. 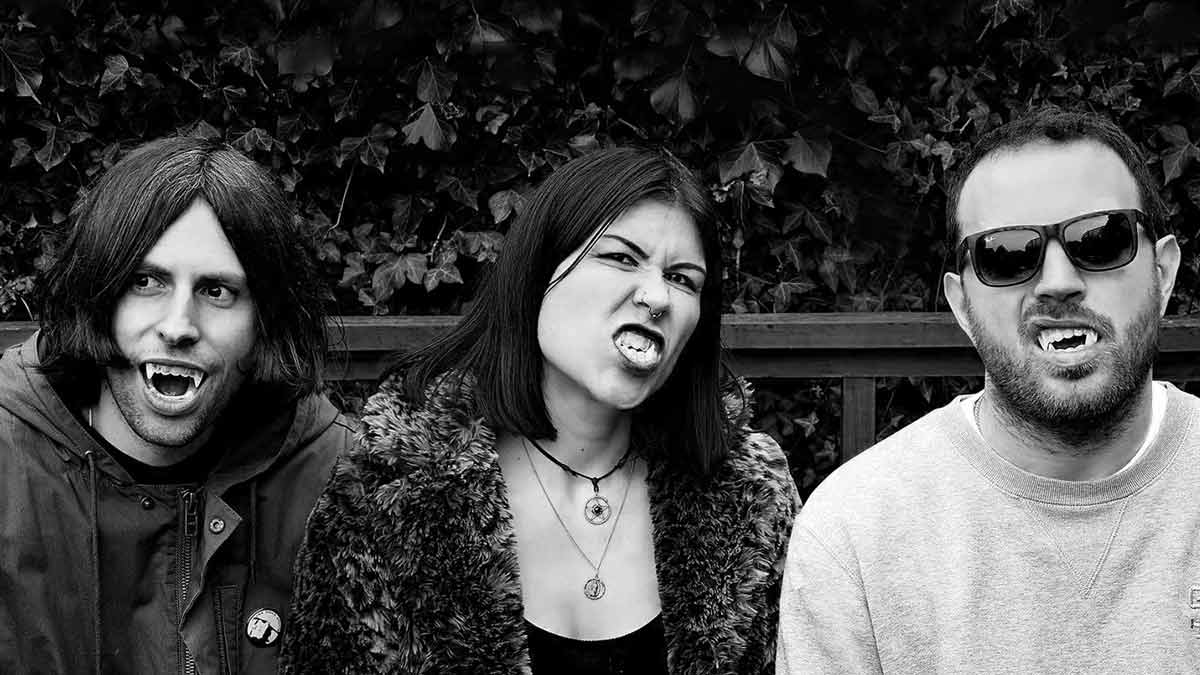 But what I’m trying to say is that I am much more careful with my energy now – I realised, after many, many, many arguments, one where I got so upset I almost threw a cup of tea at the wall (I didn’t, yay me for self-restraint) that some people are black holes where you can lose all your energy but they will never come around. Some people are lost causes (sorry). It’s OK to burn bridges – I have done a lot more of this recently, with great relief. Life is too short to surround yourself with shitty people. I am not going to waste my precious life trying to win over a xenophobic right-wing jerk who is just as set on his opinion as I am on mine. And even though I vehemently disagree I will also try to listen to people who I don’t agree with, and treat them with respect, as I want all people to be treated. This is really hard sometimes, but I think that people at their core want to be listened to, and want to be understood. I think if we truly listen to each other we can find a common core.

In the meantime, I’m going to keep studying and learning. As well as all my music stuff I’m doing a degree in psychology at uni and am really intrigued by how people develop their sense of self, their identity, their mindsets and beliefs. Maybe one day you guys will be calling me ‘Professor Avis’, and I’ll have figured out how to fix this illness that the world is suffering from. In the meantime music is a respite, a community, an activity that is like a soothing balm but more than that, the thing that makes my heart open up and feel alive. I will keep playing music forever, even if this world ends up sinking like the Titanic, I’ll keep on going until the water goes over my head.

In the meantime, be kind to each other, stay safe, and if you ever need someone to speak up for you, if you are not strong enough, lean on me, cause I may be small, but I am not quiet.

The LP will be released via Roadkill Records and will be celebrated at The Shacklewell Arms on August 24th.

Stay in touch with Muertos:

The world as we know it has ended. A nuclear conflict has virtually obliterated human life from planet earth. A… END_OF_DOCUMENT_TOKEN_TO_BE_REPLACED

“Women represent over 50% of the population in Brazil, and if motorcycle-riding former army captain Bolsonaro, is to have any… END_OF_DOCUMENT_TOKEN_TO_BE_REPLACED