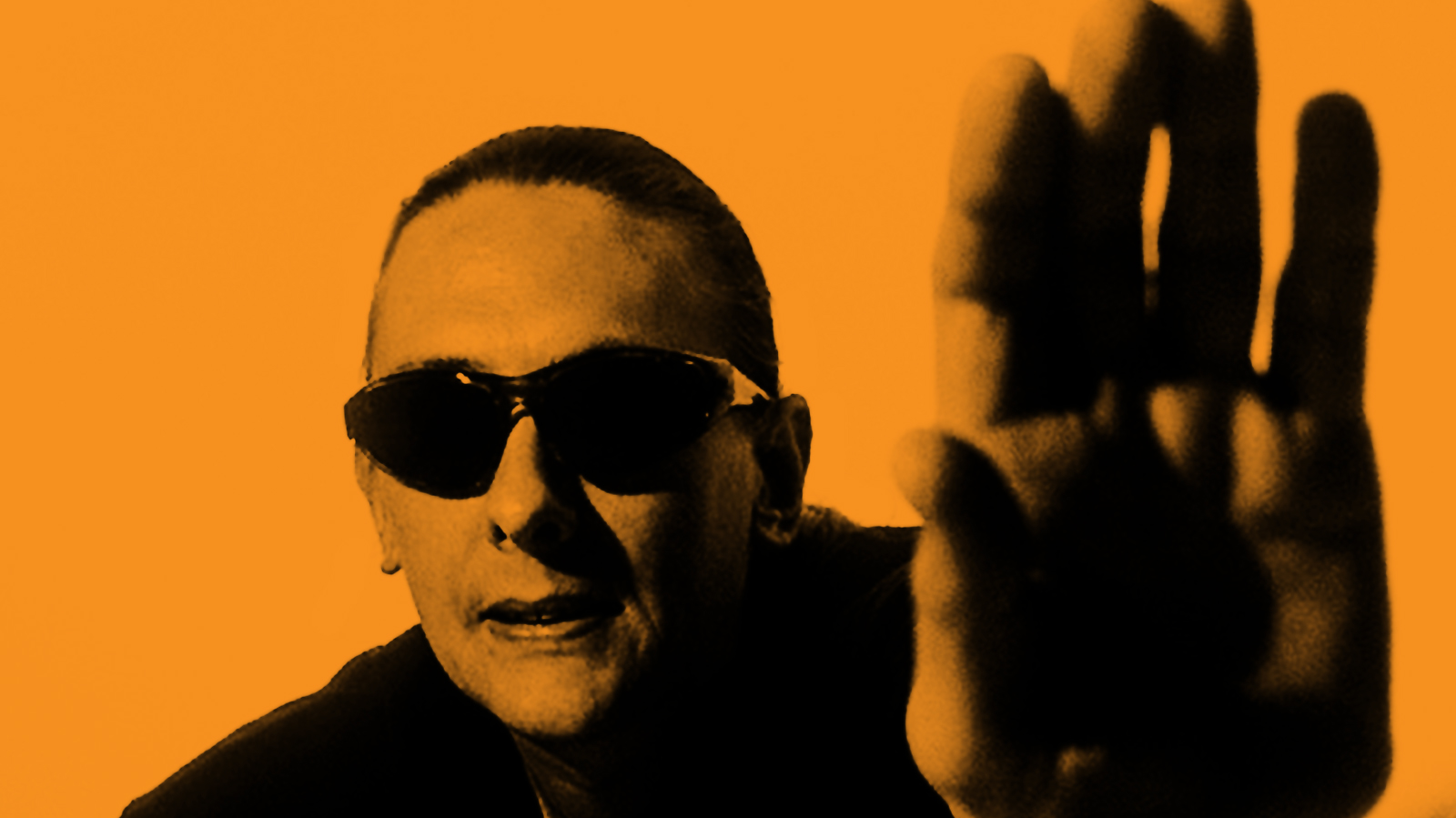 We were really keen to remember Colin Faver and his outstanding contribution to the UK electronic scene. It would have been just one of many. But then we came across Mr.C’s beautiful open letter on Facebook. We asked Mr.C permission to publish it on Public Pressure and here it is:

Back from Burning Man with a heavy cold and a heavy heart after finding out about the passing of my dear friend Colin Faver, it still hasn’t sunk in that he’s no longer with us in this dimension. Colin was an absolute genius. A gentle and humble man who was always there to help people with a leg up into the scene, myself included.

The word sweetheart was made for this guy. Colin was the founder of the Acid House scene as we know it, the first DJ in London playing House, Acid and Techno at the Camden Palace, Pyramid, Jungle, RIP at Clink Street, Rage, Knowledge and just about every important House and Techno event in the South of England.

I first met Colin in late 1984 at the Camden Palace, where he was playing with Chris Forbes from Capitol Radio. I was an 18 year old wide eyed and bushy tailed rapper living only one mile from the Palace, where I had been there many times as there was no ID check in London back in the eighties.

I’d been a street rapper for two years at this point, just bouncing rap lyrics off with friends (much to their annoyance) when I finally picked up the courage to go ask the DJs if they would let me rap. I signalled to Colin who came over and asked me what I wanted. I explained to him that I was a rapper and would he mind if I got on the mic. He asked how good I was and I immediately threw some lyrics into his ear. Colin loved it and asked me what tune would I like to rap to, I told him Heavy Vibes by Montana Sextet as I did like things upbeat. I was shitting myself to be fair as I’d only rapped in one proper club before in Tenerife a month or so earlier. I had rapped a little at a CB radio Breakers Club but that was a small thing, this was the Camden Palace, packed with 2500 people. Moments later I was on the mic, rapping to a crowd who went absolutely nuts, it was my true beginning.

I then spent most of 1985 detained at her majesties pleasure, where I wrote lyrics like crazy about all sorts of subjects and on coming out of jail in late 1985 house music had started to trickle through in the gay clubs, at the Camden Palace and also mixed in with Disco, Funk and Rare Groove at various warehouse events. I was all over House Music like a rash and I started writing lyrics about jacking your body and was at that time working as MC with Ron Tom and the LWR Soul Syndicate and Jasper The Vinyl Junkie, also on LWR doing his House and Garage jingles and also rapping with him live in clubs.

By mid 1986 I’d completely dropped rapping on hip hop and was rapping exclusively on House music. I decided to check out the Camden Palace again and Colin was still there, this time spinning with Evil Eddie Richards. He remembered me and was excited that I was there, such a sweetheart. He asked if I wanted to get on the mic, of course I said yes. He was playing house music (which is why I went up at that time) and said to me that I’d need to wait a little until he slowed the music down a bit and played Hip Hop. I told him that I no longer rap on Hip Hop and that I rapped exclusively on House Music. He was very taken aback and told me he’d never heard rap on House Music ever before and asked me what tune I’d like to rap on. I asked him what he had lined up and said This Brutal House by Nitro Deluxe. I said that’s perfect. He then went and plugged in the mic, invited me into the booth, handed me the mic and started to mix in the tune.

I started rapping about House Music, Jackin’ your body and all things House and the Camden Palace went absolutely nuts. After I rapped Colin invited me to come and rap live with him on the then illegal Kiss FM pirate radio station, of course I said yes. The radio station was actually in his house in a spare room at that time. Eddie Richards also invited me to go up to his house in Milton Keynes to go into the studio to make a recording, to which I also said yes. From this moment, I was the rapper for Colin Faver and Eddie Richards and my music career had truly started.

I then followed Colin around his London shows, went every Wednesday to Pyramid at Heaven, a gay night with Colin playing with Mark Moore (S-Express) and Ian B (Eon, RIP). They played House, Acid and Techno all night long. I was so hooked.

I continued as their MC / Rapper, working with Colin and Eddie at many shows, often at the Camden Palace. I went up to Eddie’s studio in late 1986 and we started making my first recording called Page 67 on Eddie’s Baad label, which was released in August 1987. Eddie thought I’d do a rap tune, which would’ve been the first Hip House track ever made, but I elected to do a spoken word vocal about the power of Meditation and Positive thinking as I deemed the subject way more important. I was so excited about making this tune with Eddie, which would never have happened had Colin not been so open to new talent and let me Rap with them. Here’s the tune.

After the release of this record I decided to give up my day job as a milkman and do only music full time, so I took to the decks as well as being a rapper and started my own parties in Autumn 1987 in a flat in Upper Holloway, of course getting my mentors Colin Faver and Eddie Richards to come play too, along with Kid Batchelor, Jasper The Vinyl Junkie and Ron Tom and of course playing myself. I didn’t have a huge amount of records then and Kid used to joke with Colin and Eddie about me being the Compilation King. lol

In February 1988 I started the night Fantasy at HQ in Camden Locke, London. I had Colin, Eddie and Kid come play with me. The night was once every 2 weeks on a Monday and ran only for a few months, I did only 5 parties there, but they were excellent. House, Acid and techno all night long, crazy banners, strobe lights and smoke machine and all my crazy North London mates going nuts.

It was here that I met the legendary Paul RIP. He came to check out Kid Batchelor as he was in the process of organising his first RIP night in Eversholt Street near Euston Station. Being the great man and gentleman that Paul is, out of respect he spoke to me before approaching Kid asking about booking Kid. I said that we’re a crew, why not book us all to spin. He said he thought I was only a rapper, but I informed him that I’ve now started DJing. I went on the decks and at the end of the night, Paul RIP was up for booking all of us. And so the Acid House revolution in London began.

There were 2 RIP nights at this dingy basement in Eversholt Street and then Paul landed a venue that was formerly a prison in Clink Street in London Bridge. It’s was here that I really cut my teeth as a DJ throughout 1988, inspired by Colin Faver, Eddie Richards and Kid Batchelor, the crew. The guys played in one room, I played in the other room with Shock Sound System. We started doing these RIP events every Saturday night and were soon doing A-Transmission on Friday nights and as spring turned to summer, we were then doing Zoo on Sunday nights. This went all year long in 1988 and for me was the birth place of true Acid House Culture in London. For sure it’s where I really learned my true craft as a DJ after studying my mentors Colin Faver and Eddie Richards for 2 years.

The rest is His Story!

Colin has passed to be One with the Universe, in his rightful place at the heart of the Absolute, where we are all One. His Legacy in this Illusion that we call life, the great Hologram, is set in stone and will continue in all those who he touched and helped, those he brought in with an open heart and his legacy is the rave culture we know globally today. Colin Faver is the root of it all.

I’d like to pass on my complete condolences to Brenda Russell, Colin’s long time partner, to all of Colin’s family and to everyone who loved him. Colin Faver Rest In Peace.

Find out more about Mr.C:

Hidden away in a desktop file named ‘father’ in a studio overlooking the Adriatic sea, there was a lost, forgotten… END_OF_DOCUMENT_TOKEN_TO_BE_REPLACED

Brooklyn rapper Your Old Droog is replacing cultural figures at a rapid rate of knots in the shape of projects,… END_OF_DOCUMENT_TOKEN_TO_BE_REPLACED