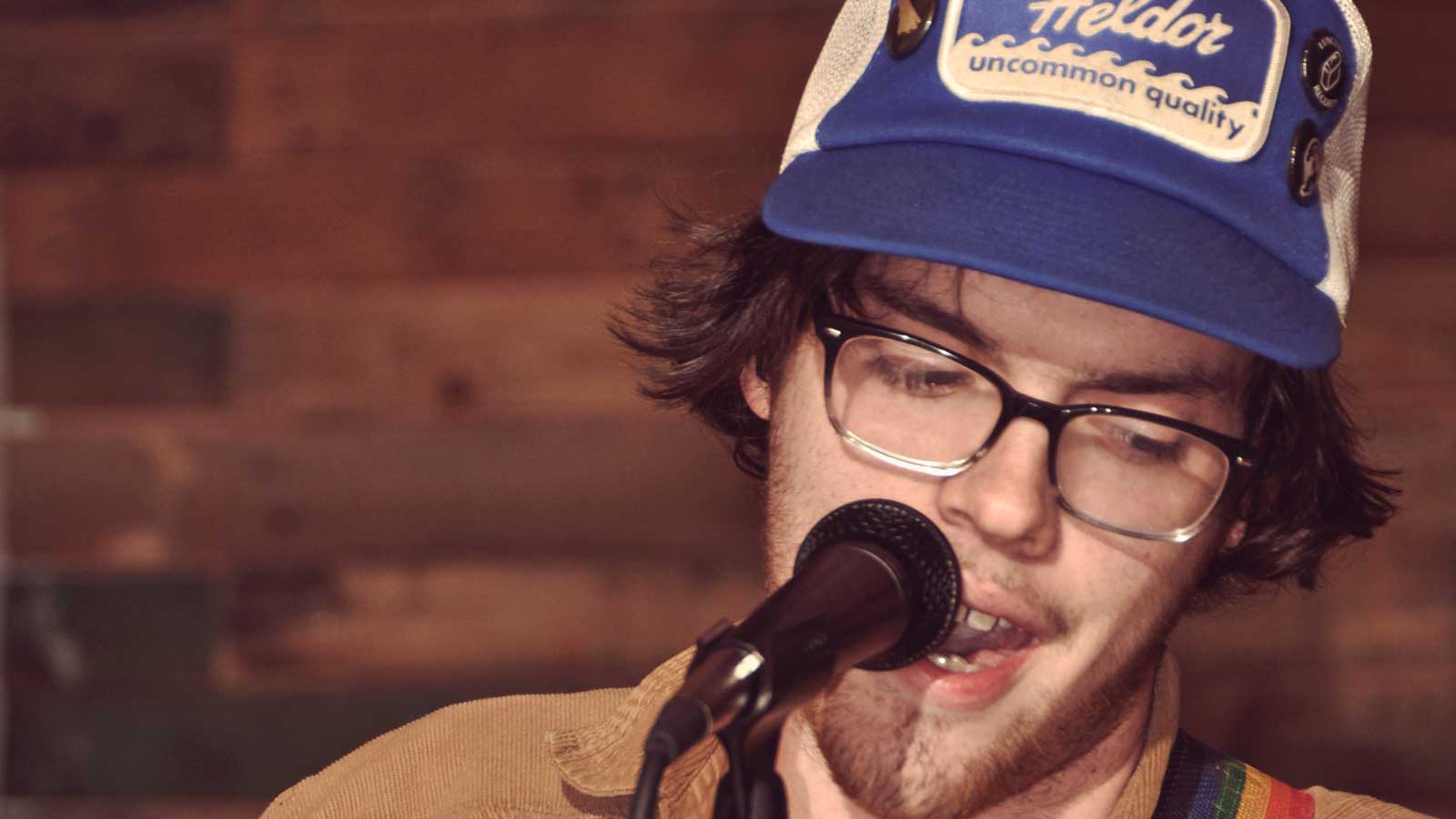 I caught up with Brett from Mineral Girls on what was a rather peculiar day to talk all things Lizzy McGuire, being in a post-internet band, and their critically acclaimed album ‘Cozy Body’.

Firstly, and perhaps most importantly, what’s the deal with Hilary Duff being the band’s current cover image on Facebook?

Man, I woke up one morning about a month ago and the first thing I saw when I picked up my phone was this picture of Hilary Duff on Instagram. It was like a current selfie, and she was absolutely stunning. This was the day of a show we had in Raleigh, which is about a two-hour drive from Charlotte. I was heavily medicated for a cough I had, and all I could think about or talk about all day was Hilary Duff. I dedicated our set to her and in the end I made some sort of statement about how we are all here to serve our lord and saviour Hilary Duff. I have essentially been in love with her my whole life. She was so badass.

Wow, that sounds pretty intense. Can we expect some kind of tribute album?

I was thinking that the cartoon, Lizzie McGuire, would be on our next shirt. Other than that I did recently propose to her on Instagram so I think things are getting kind of serious.

I’m sure we could organise a media campaign like when a celebrity is asked to go to prom with a fan. Surely, if you dedicate your next album or at least a song to her, the least you deserve is a date.

I’m certainly going to write her a song now that you put it that way.

Before we enter a Hilary Duff-related black hole, I’m going to intervene with a slightly more serious question. So The Mineral Girls are a self-described, ‘post-internet emotive indie pop’ band, I’m really interested to know about the reasoning behind this description.

Well, I tried really hard to keep us with little to no internet presence for the first year or so of the band’s existence. I’m fairly bored of computers and the internet in general. The options are endless, there is no limit to what can be done with a computer and that bores me.

There may or may not be an unreleased four track demo of a rock opera of sorts about escaping from the internet and killing the computers. It was going to come out before ‘Cozy Body’, but then I realized it was dumb and that without the internet I would have to put way more work into socializing in order for people to see or hear anything I made. So I just kind of left the idea behind. Our phones are smarter than we are and there isn’t really any going back on it.

Do you think that’s part of the reason for the re-release on vinyl, that it gives the album some authenticity or vitality, that perhaps a digital download can never achieve?

If it were up to me our music probably wouldn’t be on the internet. Every Mineral Girls release has come out on tape until now. The vinyl release is actually happening because someone really cool heard us on Brooklyn Vegan. So amongst a bunch of comments about how we suck and how our band is gay, someone liked us enough to offer to put out our album.

None of this would be happening without the internet. Which is crazy. I met Gabe from Slow Fires (the label doing the vinyl release) in real life, and he’s rad and we both checked our phones while each other’s bands played. The whole thing is cool, I work at a record store, I’m a huge nerd when it comes to physical formats. My iPod broke when I was in high school and I have been buying records, tapes, and CDs ever since.

‘Cozy Body’ feels in parts a pretty touching and funny, personal album of transition, perhaps towards greater self-consciousness or maturity. But what did you specifically envisage it to be?

Everything in the world is subjective to interpretation. So no one’s interpretation can be wrong really, but to me ‘Cozy Body’ is about moving on, growing up, having issues with my body, accepting the things I have done, and falling in love with someone. I have friends who are trans that find a lot of meaning in the body issues aspects. My body issues manifest themselves in different ways. Bodies are weird like that, as they are also open to interpretation.

I think the title track is probably the most lucid example of the kind of issues the album discusses, and reconciles to some extent. Although it sounds like nothing else really on the album, it’s more in the vein of say, Neutral Milk Hotel.

Honestly, that song was written separately from the album and the band really, as was all of the stuff on the first EP. I was playing around town a lot by myself and playing that song every time. It was just lyrically pretty encompassing of the ideas we wanted to present with the album so we found a way to add it. Our friend Bo White (who produced the whole album really) actually added pretty much all of the instruments to it. I just had this bare acoustic song and he killed it with the rest. I think we named that track after the album because it covered all the ideas so well.

The album carries a fair few similarities to say early Sebadoh, Built to Spill, but are there any bands or records that stick out as direct influences on the record?

Bo’s old band Yardwork is definitely a key local band for us. They have a record called ‘Brotherer’ that is probably in my top 25 albums of all time or something. It’s by far one of the most beautifully textured albums I have ever heard and if you can find a place to get the LP online, you definitely should.

I have never really gotten into Built to Spill, I know me and Dylan are both huge Sebadoh fans. I have a picture of me and Lou Barlow hugging that is very important to me. I also have one of me and David Bazan hugging that very much made my life complete. I don’t want to get super caught up listing the bands I love.

Everyone in Mineral Girls really likes Weatherbox, Dinosaur Jr, The Promise Ring, and Nana Grizol. We all definitely disagree on the best albums by those bands. But none of us would ever say that Yardwork’s ‘Brotherer’ is anything less than a masterpiece.

Finally, are there any plans afoot to write new material? I think you guys have a show in January to look forward to.

Yeah, we had to take the last two months of 2015 off for various work and health reasons. We plan on getting back on tour in March, starting with a week run down to Florida. We’re probably going to do two or three more tours off ‘Cozy Body’ before releasing anything else. We do have a few new songs that will most likely be an EP of some sorts. We will have to see what comes of those though.

I don’t suppose you have anything else to add?

I don’t think there’s anything I need to add, unless you want to add that we did this interview over the course of an entire day which was spent drinking and then playing ambient music in the background of a radio show while my friend was interviewed about his poetry magazine. It was a really hilarious day.

You can purchase and stream in full The Mineral Girls’ latest album ‘Cozy Body’ on Bandcamp. The album is also now available on vinyl through Slow Fires and on cassette via Broken World and Self Aware Records. You should probably buy their album before they blow up on that darned thing called the internet.

The world as we know it has ended. A nuclear conflict has virtually obliterated human life from planet earth. A… END_OF_DOCUMENT_TOKEN_TO_BE_REPLACED

“Women represent over 50% of the population in Brazil, and if motorcycle-riding former army captain Bolsonaro, is to have any… END_OF_DOCUMENT_TOKEN_TO_BE_REPLACED