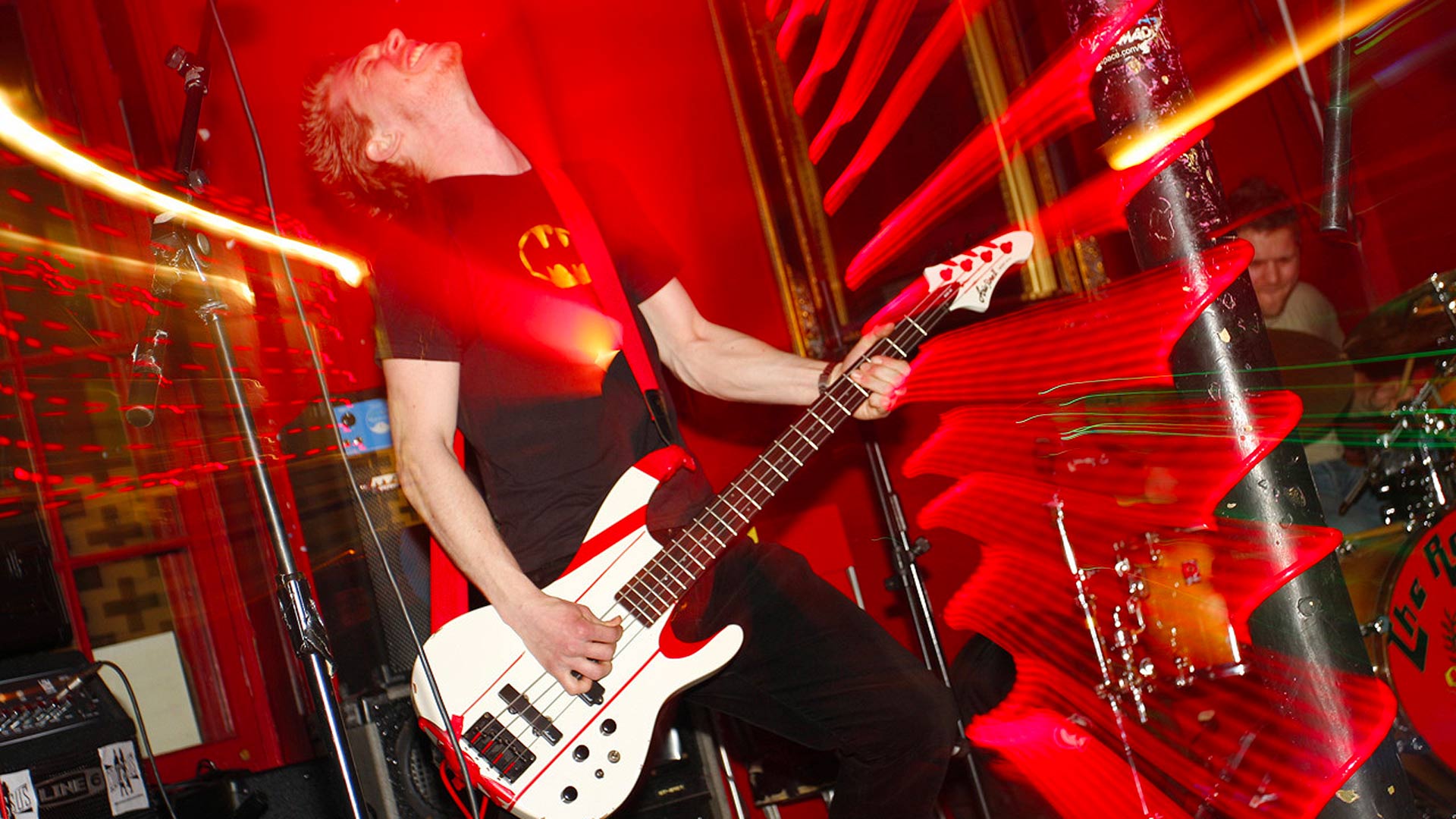 This time round John Clay and Rob Homewood are supercharged and plan to keep releasing everything that Colossus weaves into the fabric of their lives. The newest single ‘Strike Up The Band’ has been described as “an ode to the frenetic energy between performers and their audience” – tell me more!

John: Have you seen the 1940s film called ‘Strike Up The Band’ starring Mickey Rooney and Judy Garland? This film got me invested in a ridiculous yet contagious idea of teenage jubilance, which as your more mature readers will cite is what made Mickey Rooney who he is to the world. For example, the idea of a young up-and-coming musician is pretty much the only role he played for decades. Hyperbole aside, I wanted to capture that idea in a song. That was the starting block anyway. The rest is all about a performer’s connection with their audience.

“You are my lifeblood, give it unto me. I can’t ever get enough of your energy” – what inspired these lyrics?

John: I have to bear the brunt of what the words sound like to me when said aloud outside of the context of rip-roaring guitars. Some lyrics just aren’t written to be read in the quiet of a room. I can’t help but think of the liner notes of Pulp’s Different Class here, although Jarvis’ muse is undeniable. Regarding lyrics I wrote in my youth, well, there is a shy reserved part of my psyche that wants to hide away in a shed and pretend I never wrote them. That being said, onstage and on record are different spaces where the loud and performative aspects of a person are legitimised and ought to be accessed. There’s nothing wrong with the acknowledgement of how a crowd can make one feel alive.

Rob: Re-reading them in this way there is sort of a vampiric addiction thing being alluded to, isn’t there… hmm, I don’t know. I don’t think that’s really what the song is about at all. I’m not very good with lyrics, I prefer the idea that people will hear what they want to hear. Some words will stand out as salient amongst the sonic chaos. Probably whatever words are most similar to whatever is going on in the listener’s mind at the time they hear them. The brain is a pattern-matching machine, so we hear some words and make up our own story as to what’s going on. It’s probably a bit more interesting and personal this way. I’ve been playing a lot of Vampire Survivor on the Xbox lately so…

As supercharged superheroes, what have you guys been up to lately?

John: I’m not as privy to all the multiple subcultures I used to investigate, not since a little before the pandemic. The ones I found to be genuinely transgressive tolerated my presence to an extent, but after a while, you realise that even if you might want to be friends, your introduction as a journalist or filmmaker becomes a barrier and dare I say, a reason for some suspicion, never mind you being off the record.

And lately? Well, I’ve been raising money for my debut film, ‘Voodoonaut’, a sci-fi that places multiple issues of gender and race in a genre that can get lost in its lore or self-reverence. I’m keen to question aspects of our identity as dictated by consumerist drives within the film industry.

How are those laundry days going?

John: Ha! You remember my penchant for wearing Superman-only material. I honestly don’t think or am suitably aware of what I wear in terms of cultural connotations. Seriously, it’s been since 2007 or so till now. That’s a long time, right? So, I wear clothes, not costumes. Having said that, I’m morbidly intrigued with the idea that I may subconsciously wear this garb for the social kudos to come when I hit ninety. Rob, how about you? Tell us your idea as to what you’ll be wearing for our live show on Dexter Bentley’s Hello Goodbye Show on Resonance FM.

John’s debut film ‘Voodoonaut’, starring musicians such as Sofia Martins Gray of Starsha Lee, Camille Alexander of A Void, Barbara Pugiliese and Lars Chittka of Killer Bee Queens, will be out in 2023. Here’s a sneak preview.

Colossus will be playing live alongside A Void on Resonance Radio on the Hello/Goodbye Show hosted by Dexter Bentley on Saturday 17th of December.