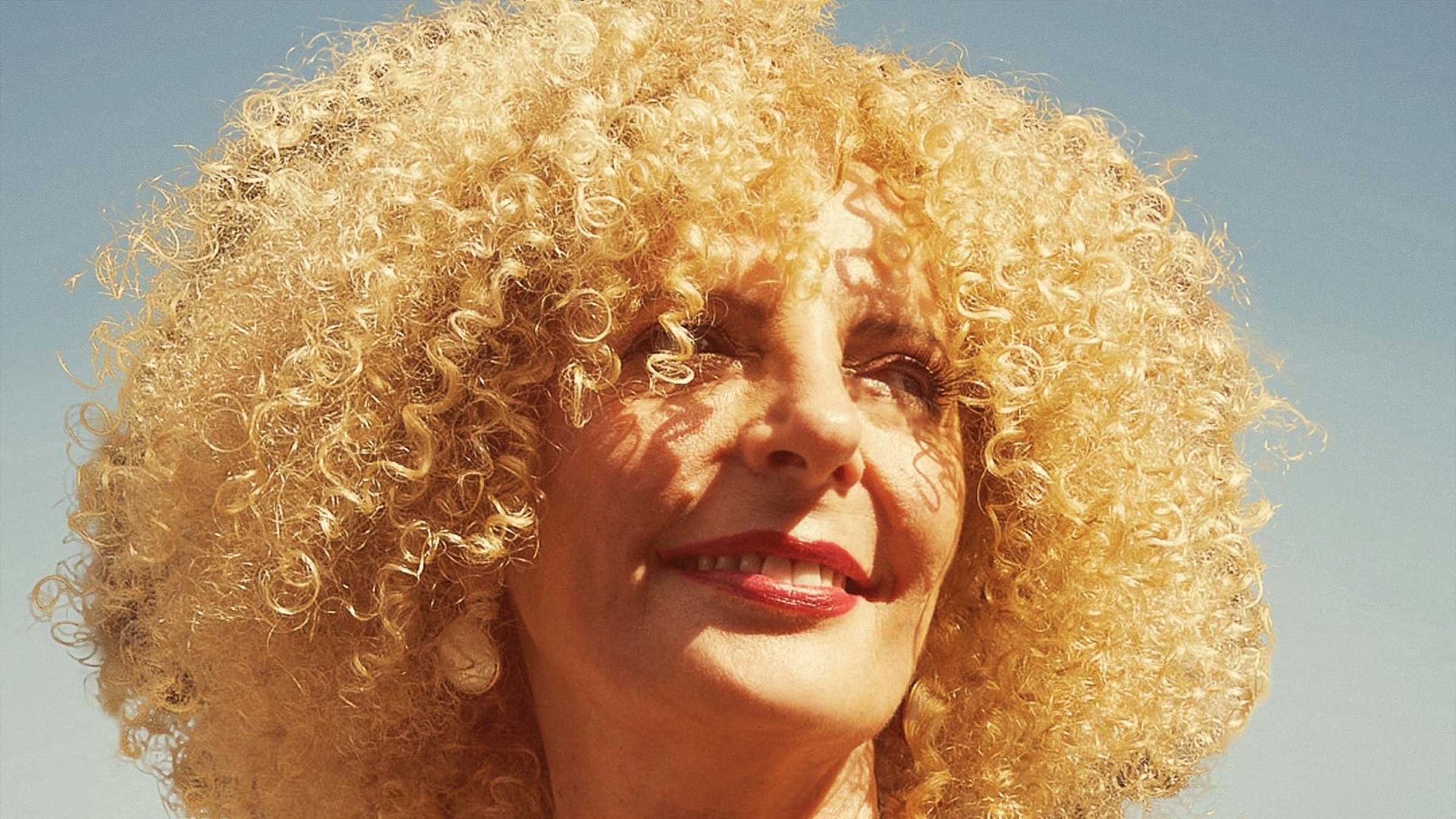 You’ve always been an activist for women’s rights, especially promoting legislation in Italy in defence of abused women. What made you get involved with this and do you think things have improved for women over the years?

I’m a feminist, and I think everyone should be, regardless of their gender. I’ve always been actively involved in party politics, campaigning for women’s rights. My new track ‘Can You Hear Me’ is the eternal question asked by the oppressed people. I want to dedicate this track to the women in Iran and Afghanistan – the title is the message.

Female DJs were rare in Italy when your DJing career first took off. How did this affect you and make it harder to succeed in that industry?

I was mainly a DJ on private radio stations in the 80s. I ended up with my 15-part series on Frank Zappa’s show on Rai Radio 3. He recorded the opening jingle for me. I wasn’t particularly famous. I always loved my job, which I saw as endlessly researching music, and trying to find rare and unusual gems.

What inspired you to return to DJing in 2018?

It was a hunch. I felt like it. And I wanted to challenge prejudice and bias. Can women be DJs? And if so, do they have to be twenty-year-olds? I want to communicate through the sets I play and I am making a point about gender and age. Knowing the past will make you see and hear the future better.

How did your passion for Latin American music develop?

I love rhythm. I used to go to South America a lot to buy vinyl records that weren’t available in Europe: salsa, Bossanova, Son Montuno, Cubano, and so on. But I also liked Kid Creole and the Coconuts, so I tried not to lose my sense of humour!

Would you say there is a similarity between Afrobeat and Latin American music, and why do you think we can hear the influence of Afrobeat in countless productions nowadays?

African beats are the roots. Latin American music is steeped in African musical culture. And yes, these rhythms are all over many genres of electronic club music today. But there has always been a strain of house music incorporating African rhythms, tribal house in the 80s and Afro house today. Dancing is an ancient, binding ritual, and African rhythm is the root of rhythm – the soundtrack for our need to be together as a group in the face of uncertainty. I think that after two years of no dancing and social distance, there is an explosion in dance music in general. It’s obvious people want to be together and socialise, but at the same time, there is a lot of tension. People are worried. There is an energy crisis, there is a war, and dancing is a release.

So would you say this return of organic African sounds to dance music is about getting back to basics?

Yes, getting back to the body, the rhythm, and the BPM. Electronic music is driven by technology and sound, and production is always evolving. In the 90s, there was this genre called tribal house with artists like Gregor Salto, Sandy Rivera or Bob Sinclair’s Africanism project. Now, the new wave called Afro house comes from South Africa, with DJs like Themba, Enoo Napa and Black Coffee becoming famous beyond the scene. The truth is that the whole movement originated in Angola some years ago and in South Africa. The movement in Angola is called Kuduro – a strong influence on Afrobeat and Afro house now.

Who were your influencers in the 80s?

When I was DJing in the 80s, I had complete freedom to play whatever I wanted. I was influenced by the dance labels and ECM for jazz with folk influences. I played a lot of artists like Hugh Masekela, Manu Dibango, Miriam Makeba and King Sunny Adé.

So let’s go back even further, right to the beginning to see how far back this kind of synergy with African music goes in modern music. And obviously, we’re talking about one of the weirdest artists ever, Sun Ra, the 1940s jazz composer, who claimed he was teleported to Saturn and told he would speak through music and the world would listen. What are your thoughts on this?

African music is the bridge between the ancient world and the future. My view on the mythology of African sounds and how it influences us. Music is magic and humans sing and dance for prayer, for healing, for rights and even for war if it is a military march. So for me, club music is about coming together to dance on a musical journey. The physicality – I feel the energy. I feel that we are all together and we dance altogether. For me, DJs are shamans and clubs are temples.

“I have always been open to writing any genre and style. I guess that’s why the Moonsama chaos methodology resonates… END_OF_DOCUMENT_TOKEN_TO_BE_REPLACED

Hidden away in a desktop file named ‘father’ in a studio overlooking the Adriatic sea, there was a lost, forgotten… END_OF_DOCUMENT_TOKEN_TO_BE_REPLACED