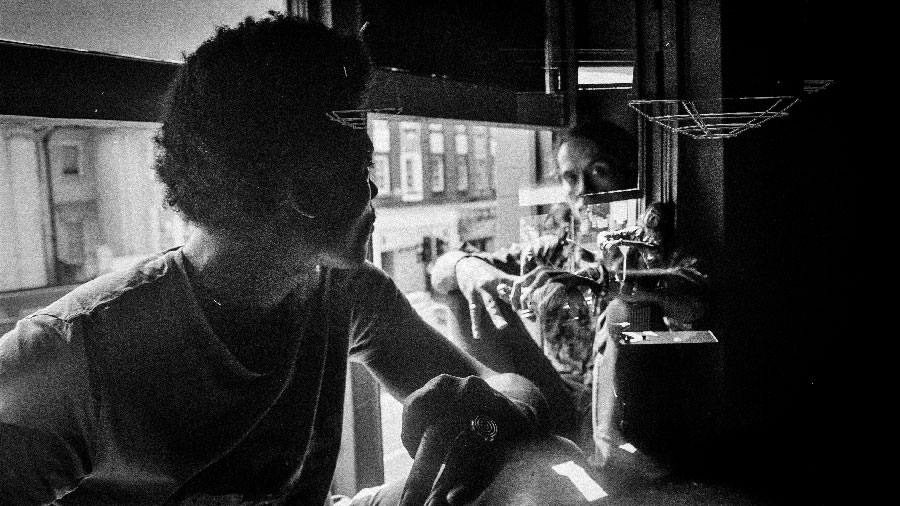 “Though not the first point of contact with the Americas or even ‘civilized society’ Columbus landing on the shores of San Salvador marked a point in history where the eradication of indigenous and ‘savage’ cultures became a goal all over the world. To speed up progress for these advanced cultures the only answer, from the outbacks of Australia to the Siberian wilderness, was to destroy and eradicate those that live life to a different system of beliefs. A lack of understanding can lead to fear, and fear can lead to all manner of vile conclusions. From issues of Education, homelessness and celebrity narcissism, ‘…on the shores of San Salvador’ is a look into the depths of our existence as human beings and the love and hatred we share for one another, from the dawn of time into our demise as a species.” – Dominic Knight

Dirty White Fever release their debut album, ‘…on the shores of San Salvador’, on Roadkill on July 21st.

The world as we know it has ended. A nuclear conflict has virtually obliterated human life from planet earth. A… END_OF_DOCUMENT_TOKEN_TO_BE_REPLACED

“Women represent over 50% of the population in Brazil, and if motorcycle-riding former army captain Bolsonaro, is to have any… END_OF_DOCUMENT_TOKEN_TO_BE_REPLACED