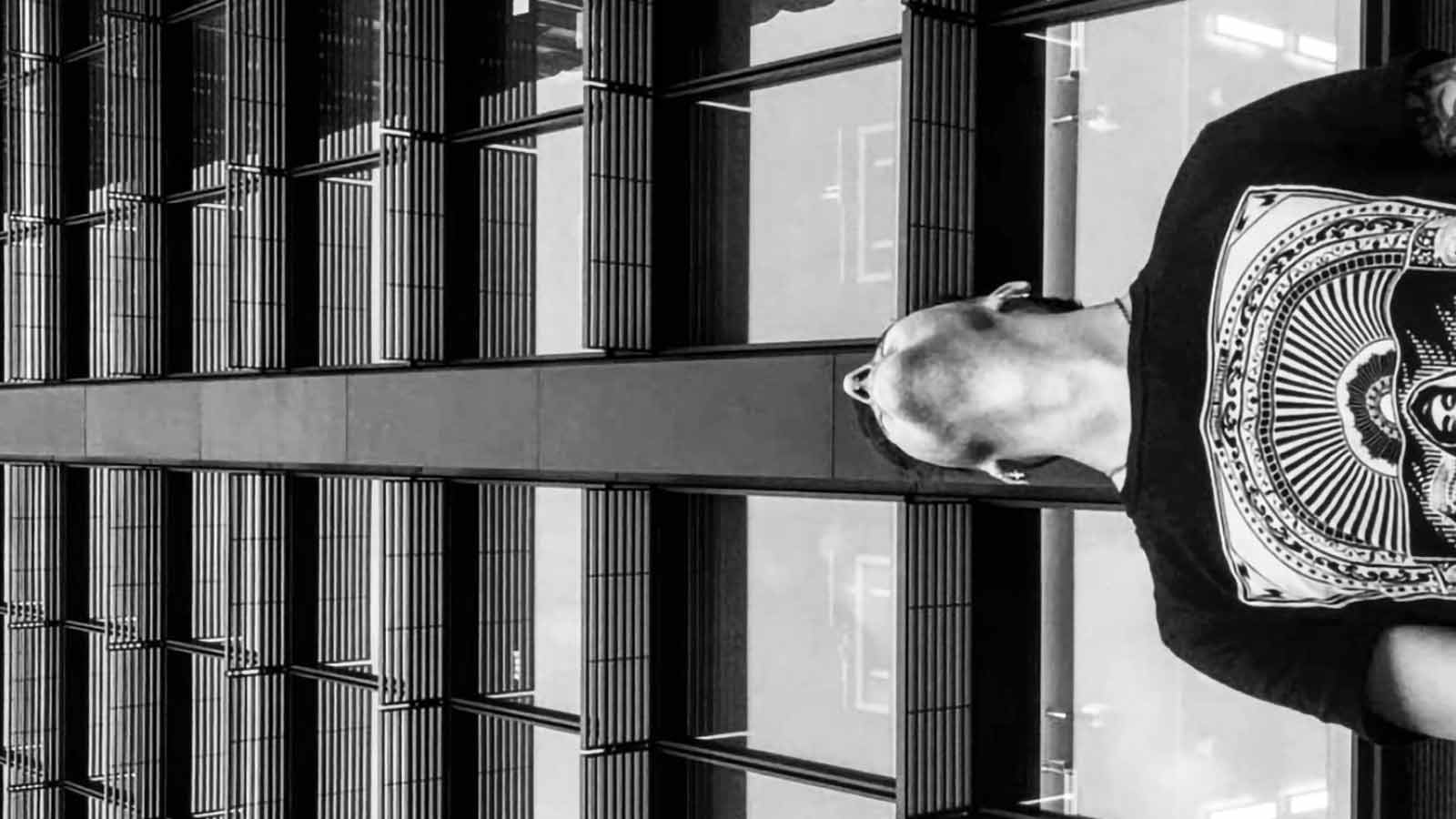 When a friend of mine gifted me with an old Walkman, I was very excited. That particular player also has an internal AM/FM Radio, and I tried to use it without success.

As I was walking on the pathway near the A406 in London, I decided to have the frequencies between radio stations as a background instead of the traffic. Walking with just white noise in your headphones at a reasonable loudness is strange, and it gives you the feeling of being disconnected from everything around you.

The exciting thing about unused frequencies is that while you walk the radio captures all sort of interferences and the sound changes according to your position and movements.

I started recording those random noises and tweaking the sound without thinking. It was just me, the radio and a bunch of plugins to throw on the noise I recorded. I duplicated and reversed those sounds, layered them without using any tempo reference and setting random pan and effects on each audio track. I’ve also decided to add the impact straight away on the master channel because it was faster and unusual.

I took some effects from the plugin folder, loaded them on tracks and turned the knobs until the sound became interesting. The tricky part was to avoid conventionally using audio effects. Every time you chose a reverb or a delay you know what you want to achieve and how to use it. Turning knobs without thinking is something that people don’t do.

Having fun and play with things in a not conventional way is interesting, you can find new approaches to music production, and it teaches you to think “outside of the box.”

Transmission EP was made recording empty radio stations with a broken Walkman. All the sounds recorded are equalised, effected and mastered, layering recordings and tweaking the DAW randomly.

Stay in touch with Dead Tribe:

“I have always been open to writing any genre and style. I guess that’s why the Moonsama chaos methodology resonates… END_OF_DOCUMENT_TOKEN_TO_BE_REPLACED

Hidden away in a desktop file named ‘father’ in a studio overlooking the Adriatic sea, there was a lost, forgotten… END_OF_DOCUMENT_TOKEN_TO_BE_REPLACED