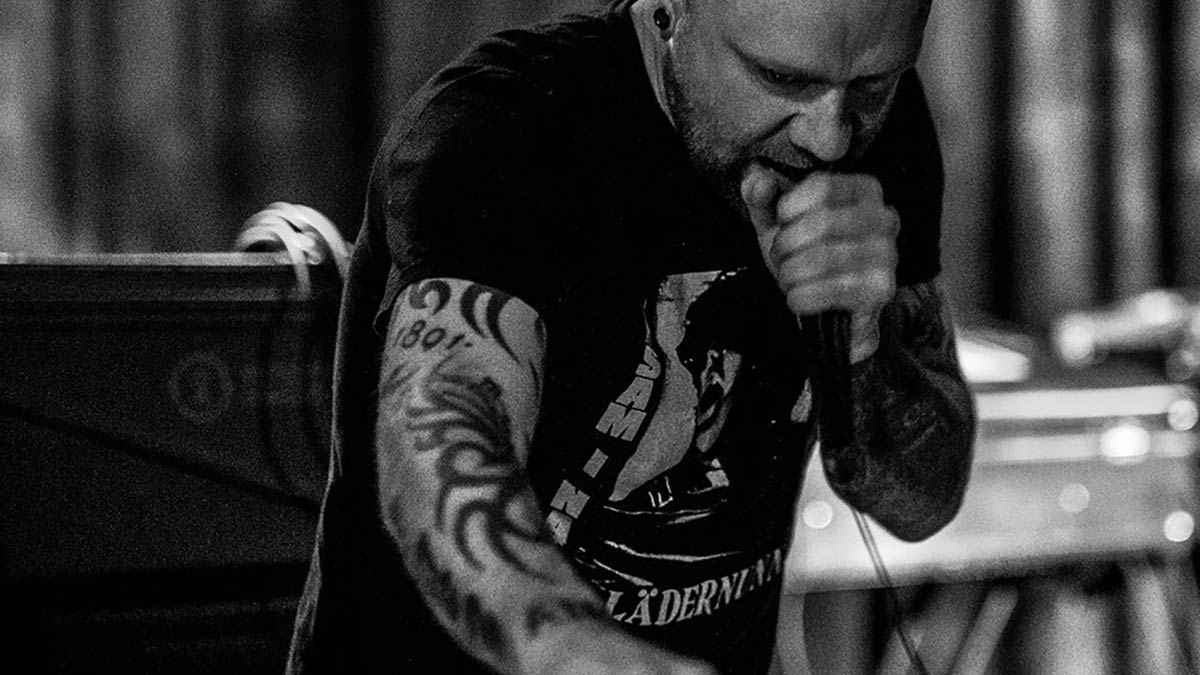 Electronic music today is the culmination of different musical movements from the past few decades. The anti-establishment and often experimental elements of punk music are deeply engrained within, and often directly influence, contemporary underground electronica. This is indeed evident with Swedish electronic producer Celldöd (Anders Karlsson) who we caught up with ahead of his latest release, Kemisk: a techno album recorded on six-track cassette. During our conversation, we discussed how his anarchistic, punk-oriented sound had taken shape since he began producing in the late 80s, and we delved into the current state of Sweden’s underground electronic music scene.

What drew you towards the industrial, anti-establishment sound of your records?

I have always had a strong punk influence. The first record I ever bought was ‘London Calling’ by The Clash. I have always been into dirty and “broken” sounds ever since I was a kid. I was introduced to punk by my older brother at a young age, and it didn’t take long before I found out about industrial and alternative electronic music. Later I got into stuff like New Beat, Acid and Techno. All these styles combined are important influences when it comes to my own music.

To what extent is your decision to use cassette as a physical format reflective of your nonconformist approach to music?

It’s an underground thing. I love cassette as a physical format. For me, cassettes manifestly reflect the DIY ethos, plus it’s also perfect for small run releases. I sometimes do exclusive cassette releases for certain gigs.

What is the current state of Sweden’s underground electronic music scene? Have you noticed any recent shifts in the scene due to the current political climate?

The electronic scene in Sweden is very much alive and kicking at the moment, with a lot of exciting projects and underground clubs. Rundgång Records is a great record store, label and event curator. Some underground clubs represent underground music like ФОМО, Rottweiler Bar and Tarantism GBG. Börft keeps releasing interesting stuff, as well as newer labels like Kess Kill, RE-303, Brutal B and KäfTen to name a few. So, I must say that Sweden is boiling with creativity right now. I can’t say I have seen any shift in the scene because of politics, though I think there is a growing interest for less “polished” acts nowadays.

Do you feel that underground electronic music acts as a political bastion for the young people of Sweden?

Not as much as I see in many other countries. I think that the punk and hardcore scene has been more of a social thing here in Sweden. The electronic scene (at least in Stockholm) focuses more on the dance floor and on the music itself, and less on politics. For better or for worse…

Sweden’s underground electronic music culture may be detached from the political sphere, but Celldöd’s punk influences and DIY ethos make this album feel like an intensely focused and rebellious response to the status quo, even through its physical form. Kemisk is available for purchase and download now on Berlin label Amok Tapes – there are only fifty cassettes, so don’t sleep on it!

Stay in touch with Celldöd:

Stay in touch with Amok Tapes:

“I have always been open to writing any genre and style. I guess that’s why the Moonsama chaos methodology resonates… END_OF_DOCUMENT_TOKEN_TO_BE_REPLACED

Hidden away in a desktop file named ‘father’ in a studio overlooking the Adriatic sea, there was a lost, forgotten… END_OF_DOCUMENT_TOKEN_TO_BE_REPLACED