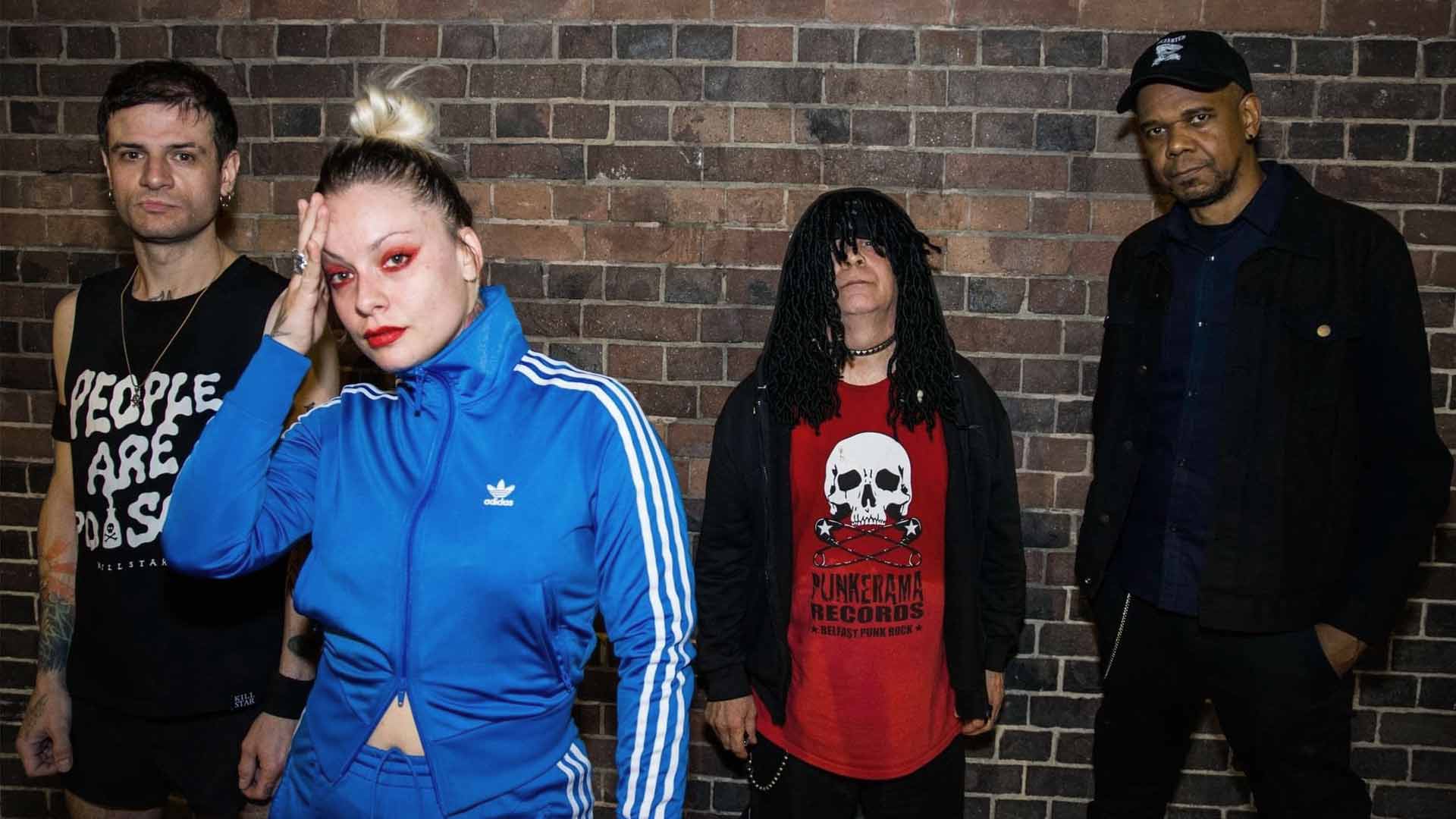 “Women represent over 50% of the population in Brazil, and if motorcycle-riding former army captain Bolsonaro, is to have any hopes in securing a second term, he needs to win over women! Which is just not the case!” We caught up with Fantazmaz to talk about fragile exposure and the Brazilian battle between Lula and Bolsonaro. What inspired your new release “New World’s Dirty Legacy”?

The song was inspired by the fragile exposure that our privacy is in these days where we all basically carry a camera and a microphone comfortably with us 24/7 at the mercy of the Tech Tycoons.

What is it about London that made you want to settle here?

The music, the culture, the diversity, you can walk around dressed the way you want, be whoever you want to be!  London has this magical feeling to me! You feel empowered by it!

What are your thoughts about the current Brazilian President, Jair Bolsonaro?

It was reported that he “hijacked” the recent bicentennial Independence Day to gather votes, what are your thoughts on this?

Yep, Bolsonaro used Independence Day and its celebrations as a platform for his campaign and to speak as a candidate. The structure set up used for the day and the celebrations was paid for with public money. In my opinion, this would already nullify his candidacy, however, this is nothing compared to the scandal of 51 properties that him and his family bought with cash. Cash! Let that sink in! This was exposed by all the major news channel in Brazil weeks ago, but even so, still, nothing is done against Bolsonaro.

It is reported that Lula Da Silva is currently ahead in the polls for the upcoming vote on 2nd October, what are your thoughts on him possibly winning?

According to the polls, Lula has a wide advantage over Bolsonaro, some media outlets comment on the possibility of victory in the first round. I think this is great and I can’t wait! But first we need to throw Bolsonaro back to the sewer where he belongs.

Then, there is a lot to be done to solve the hunger and extreme poverty that have returned in the past years and then we hope that Lula can also pave the way for a real evolution in education, where in the long term, the real change will come.

Thamilla, being a strong, female front-person, what are your thoughts on Women’s Rights back in your home country, Brazil?

Being a Brazilian woman isn’t easy, but actually being a woman anywhere isn’t easy, right? Brazil has a strong patriarchal tradition which we all need to fight to break away from, both men and women! For instance, Brazil has one of the highest numbers of femicide in Latin America and that’s horrific! I think this has a lot to do with education really, with how all these men have been raised!

When it comes to rights, we have laws that you’d think would protect us but like anywhere in the world, but women keep being assaulted and ignored by the same system who set up those same laws! Then the cherry on top of the cake is to have a male chauvinist, misogynistic president leading the country! If you search for Bolsonaro’s thoughts on women’ you wouldn’t believe it!

Hidden away in a desktop file named ‘father’ in a studio overlooking the Adriatic sea, there was a lost, forgotten… END_OF_DOCUMENT_TOKEN_TO_BE_REPLACED

Brooklyn rapper Your Old Droog is replacing cultural figures at a rapid rate of knots in the shape of projects,… END_OF_DOCUMENT_TOKEN_TO_BE_REPLACED