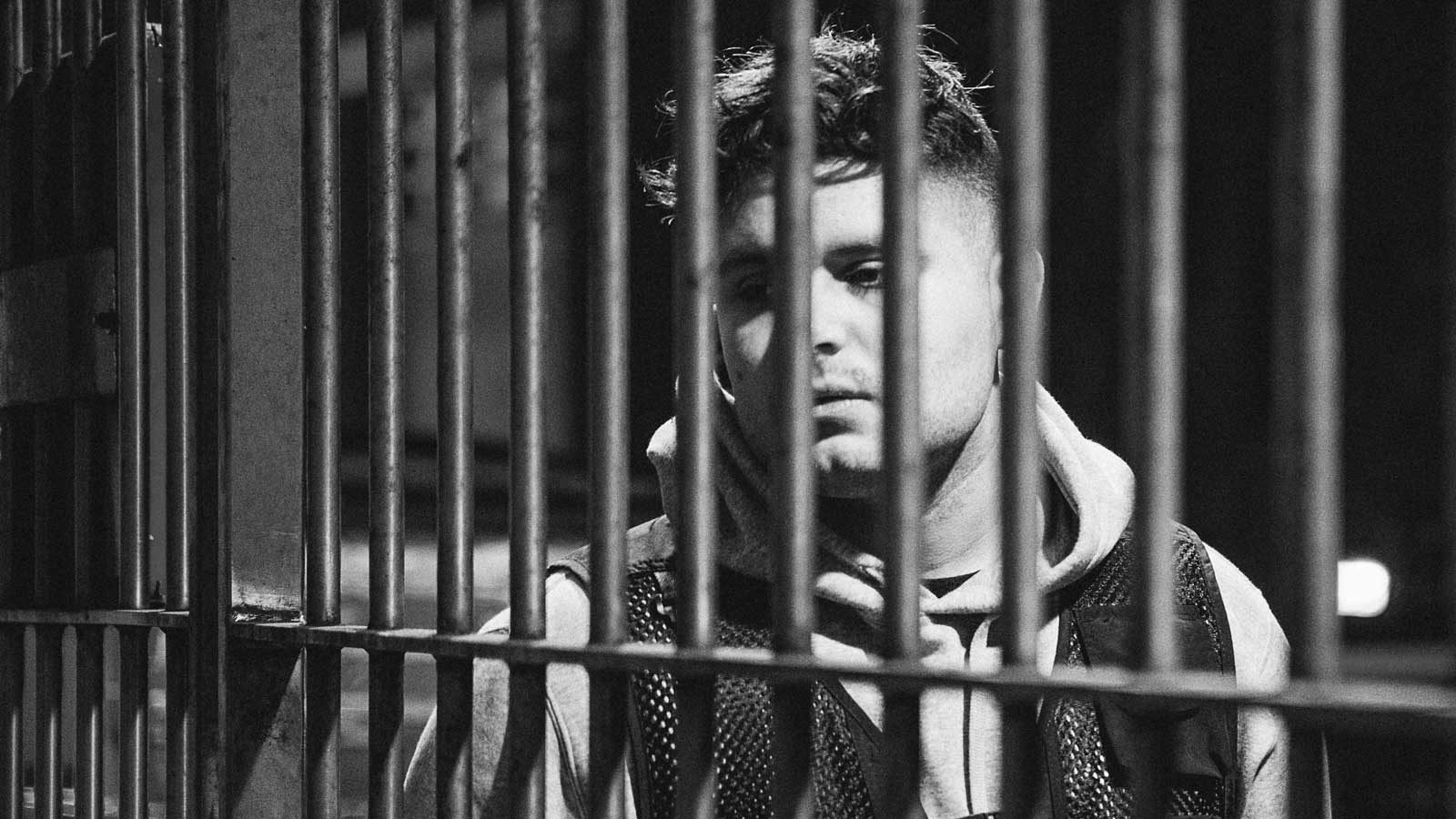 Scotland’s probably best known for its abundance of the world’s most sought-after mineral and desire to go its own way. Still, there is something else equally as valuable and independent found in the Northern part of our great rock.

Combining the best of the underground scenes from the US and UK, Edinburgh’s Giac Celentano, aka Nostalgiac, has dropped his second EP and it’s as cold and dark as the month. ‘November Has Come’ was released on the 8th of yeah you guessed it, a few weeks before I chatted to Giac.

Loving the beats man, what would you say made you want to start recording or has it been a while in the works?

Giac: Thank you, it’s still weird realising that people have listened to what I’ve made. I first started when I was in school, and my only goal back then was to make one good song hoping it would help me get girls. It didn’t, but I stuck with it anyway because I enjoyed doing it so much. The first turning point for me was when I made songs that I thought were good and would actually listen to. It was around that time that I thought it would be a good idea to compile some of my work – as before that I had no direction with anything.

The beats aren’t exclusively dark and heavy, but would you say this is the sound you find most appealing?

Giac: I can’t sing or rap, therefore it’s hard to evoke a concise emotional response. So if I want to release something around a particular concept, I have to keep the beats in line with that. For some reason, November has always been significant to me in terms of music. September can be an exciting month, starting university or a new job, meeting lots of new people and the weather is still lovely. You don’t see reality for quite what is at that point. However, when November comes along the excitement has dwindled, and you have a greater understanding of the situation – which isn’t always as positive as it first seemed. I wanted to make something that reflected how I feel around this time of year; hopefully, that is what comes through upon listening to the project.

How do the features work, do artists approach you with verses or do you seek out specific artists?

Giac: It really depends. Over the last few years, I have built up some good relationships with different artists, so it’s nice to have an understanding like that on a personal level. When you have a relationship like that it helps because they introduce you to other people who are already somewhat familiar with your work. That’s what happened with Trippythakid, I was working with a producer he was recording with. Trippy really liked a beat, so I sent him over some other stuff, and everything else followed after that. Saying that, I spend a lot of time on SoundCloud, Instagram, Reddit, YouTube etc. trying to find new artists to work with too, I feel that’s a big part of what I do. I first found out about Gabi on Instagram, it was great getting her on a song with SBK, shouts out to him too – he is killing it right now.

The variety of emcees is staggering across both your albums, is this a reflection of your own music taste?

Giac: Absolutely! All of the artists I have worked with I was fans of beforehand. I want to offer that variety as there must be other people with a similar taste in music as me. I really want to showcase the artists on the project and get people who listen to my work to continue listening to the artists featured.

Is there a team around you who’d you perform with or is this a solo mission, guess what I’m tryna say is when and where can we expect to hear Nostalgiac live?

Giac: I have a few people that I work fairly closely with who have helped me a lot, shoutout Matt and Greg from Offie Mag, but for the most part, it’s a bit of a solo mission. I would love to perform live, but I’m not sure where to even start. In Edinburgh, a lot of the clubs run techno, house or cheesy old pop songs – so I don’t want to upset the status quo and play to an audience that doesn’t want to listen. We will see what 2020 brings – hopefully, there is a live show in there at some point.

“I have always been open to writing any genre and style. I guess that’s why the Moonsama chaos methodology resonates… END_OF_DOCUMENT_TOKEN_TO_BE_REPLACED

Hidden away in a desktop file named ‘father’ in a studio overlooking the Adriatic sea, there was a lost, forgotten… END_OF_DOCUMENT_TOKEN_TO_BE_REPLACED