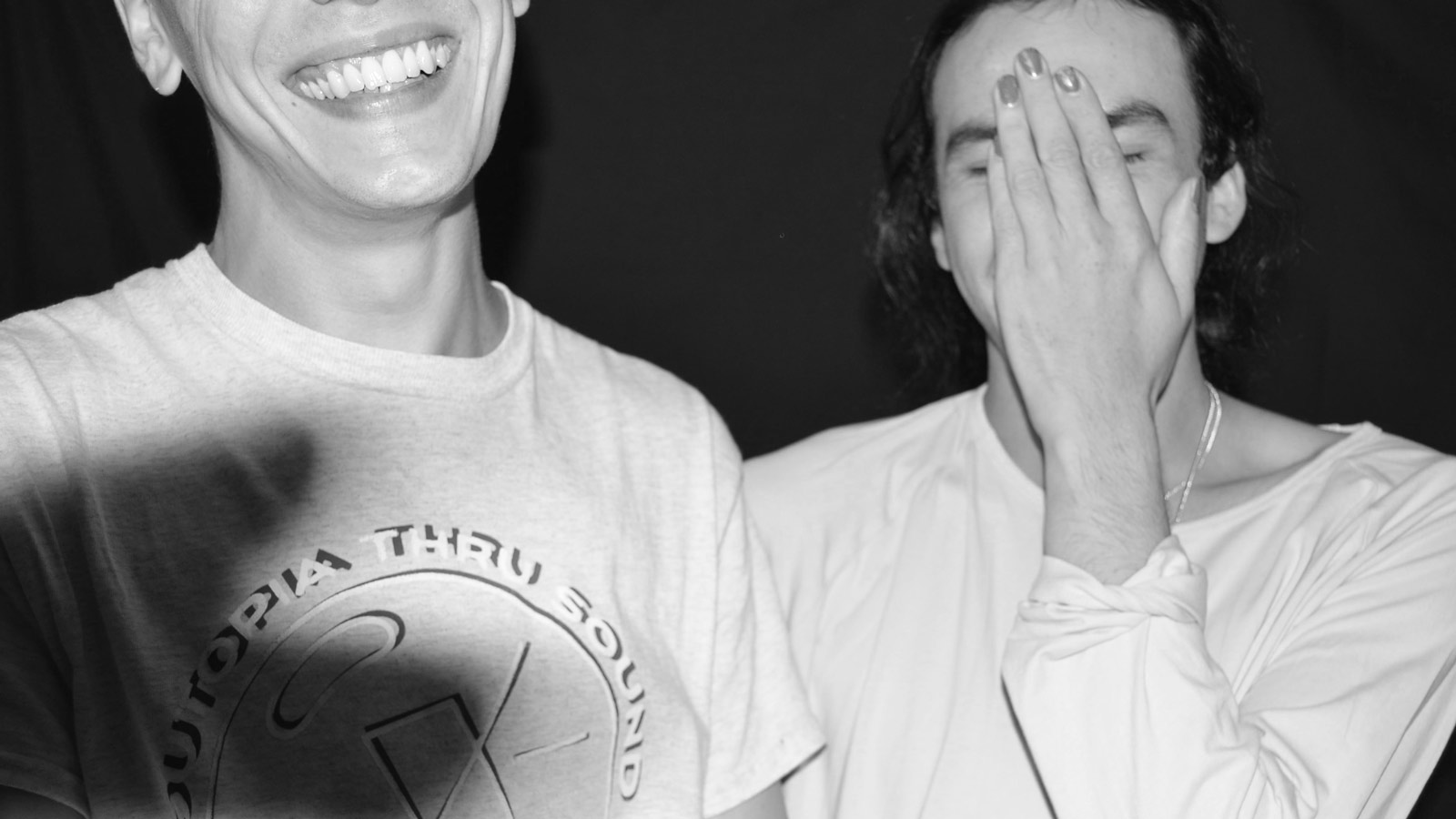 Since emerging on the electronic scene back in 2014, Giant Swan (Bristolian duo Robin Stewart and Harry Wright) have been throwing delirium inducing parties, combining theatrical interaction with spur-of-the-moment DIY production. A pure onslaught on the senses that often culminates in mass nudity.

Now, they present a self-titled debut album, which promises to contain the uncompromising and explosive sound of their live shows, with the nuances of a full-length record.

Giant Swan’s revered reputation as live performers is a tough act for their album to follow, a challenge they seem to have tackled with relish.

Robin explains that ’55 Year Old Daughter’, the record’s lead track, “encapsulates an important element of our ethos, dance together with feelings”.

This ethos manifests itself in clattering industrial techno with stilted and disjointed vocals that echo and reverberate throughout. The riotous and disorientating sound of the track is reinforced by accompanying footage of an impromptu rave they threw in a Bristol cinema earlier this year. When combined, the result is an invigorating and stroboscopic foray into the primal atmosphere of a Giant Swan gig.

The full album is released on 8th November.