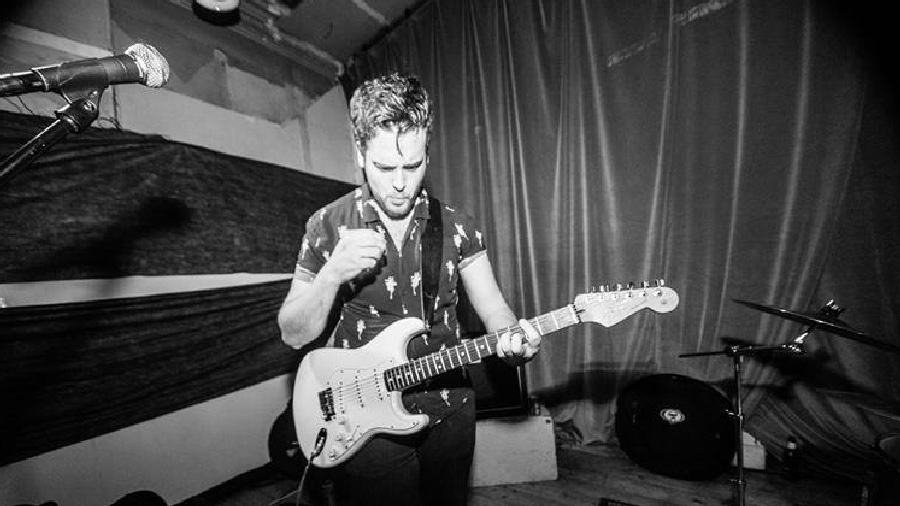 Becoming a musician can feel like treading a long and endless road, particularly if your journey starts outside of the capital. Belonging to the underground Glaswegian punk scene filled with loads of “shit hot bands that are under-appreciated purely because Glasgow isn’t London”, it makes it even harder to get your voice heard, no matter how ramped up the speakers are. Luckily for lead vocalist of The Animal Mothers, Wallace Pate, “the people involved are well sound enough and we have some close friends within it”, making it easier to enjoy the scene’s turbulent and competitive air. Wallace wants “hipsters to foam at the mouth over their limited edition 8-tracks and cassettes”, aspiring to become a highly-regarded underground group like Missions of Burma or The Gun Club over a mainstream group supported by conventional individuals. Who wouldn’t want hipsters foaming at the mouth over your music?

Nevertheless, for The Animal Mothers, a band “created through the unholy experiments of vampire surfer chicks from outer space”, the music industry seems to be far too relaxed for their current expectations. Wallace describes them as more of “a hostage situation with fuzz pedals” than a band, as they unwillingly force lead guitarist Richard to “play guitar solos at gunpoint”. But even with their rapid tempo and head-banging tunes, people in the crowd tend to stand still and not let the music envelop them. Why can’t everyone let go a bit and be willing to make a total arse of themselves at gigs? That’s what the love of music is all about.

The Animal Mothers certainly think so, convinced that every gig should have “the spirit of ’77 combined with a Slayer show”… Can I get an amen? However, what the dynamic underground scene can provide alongside the variety and much-loved disarray is a heartfelt love for the music and only the music. And yeh, there is always going to be a colossal amount of drugs and fun to be had, especially when you’re getting so fucked up at gigs that collectively your band can only remember a full three minutes of what you’ve played together for the past two years, but that’s just the creative process, right? It requires stamina, persistence and passion to stay sane in such a clouded environment. But then again, according to Wallace, the band have probably been dealing with some form of PTSD, and all the memories will come flooding back to them in a mist of dazed confusion one day. But, for the time being, the blurring blanket of disorientation is much welcomed. So is it all worth it? Well, they’re just going to have to wait and find out…

Stay tuned for their next tour in July. Also, make sure to show your face at their benefit concert to help crowdfund their trip to America in the hopes of recording another album in prison with Charles Manson (*cue dramatic and insane guitar compilations*). Keep your eyes peeled and your ears tuned for their upcoming covers of old Tin Pan Alley songs…

Find out more about The Animal Mothers:

The world as we know it has ended. A nuclear conflict has virtually obliterated human life from planet earth. A… END_OF_DOCUMENT_TOKEN_TO_BE_REPLACED

“Women represent over 50% of the population in Brazil, and if motorcycle-riding former army captain Bolsonaro, is to have any… END_OF_DOCUMENT_TOKEN_TO_BE_REPLACED