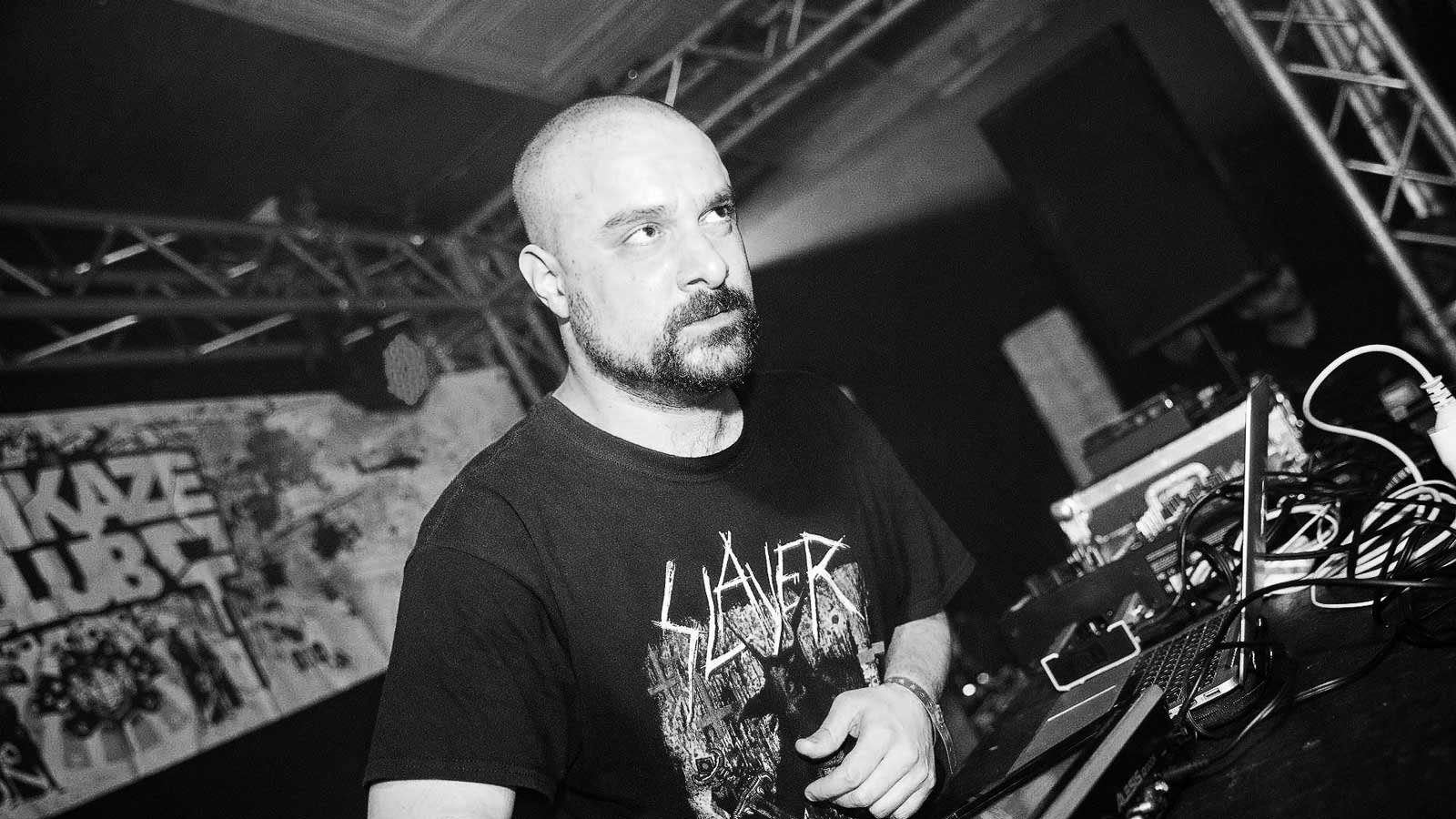 In case you don’t know, Dawless music is the latest craze saturating electronic music social media channels. Thousands of musicians are ditching their computer to buy old and new modular gear. It’s beautiful and quite refreshing, but few artists, like Monster X, are looking beyond this trend.

At first, his latest album ‘Ultra’ sounds like an elaborate industrial composition, created manipulating a variety of analogue and digital synths. But actually, some of its tracks are made out of thin air.

Monster X: I generated each track using a single sound, processed to create drums and melodies. And some sounds are actually pretty unconventional. The first track of the album ‘Summer Rec’ is originally a recording of me walking in the garden with my mother.

The economy and minimalism of Monster X approach to production goes in the opposite direction of the present electronic sound and scene, dominated once again by modular synthesizers and the likes of Roland, Korg and Moog.

Monster X: It shows you don’t need much gear and hardware to create sounds, just process it in the right way.

You could call his album electroacoustic, but it is something different. Monster X sounds neither acoustic or natural. At the same time, he refuses to categories it as synthetic, a typical adjective associated with electronic and futurism.

Monster X: It’s not a vision of our future but rather something that has always been all around and inside us.

Stay in touch with Monster X

Hidden away in a desktop file named ‘father’ in a studio overlooking the Adriatic sea, there was a lost, forgotten… END_OF_DOCUMENT_TOKEN_TO_BE_REPLACED

Brooklyn rapper Your Old Droog is replacing cultural figures at a rapid rate of knots in the shape of projects,… END_OF_DOCUMENT_TOKEN_TO_BE_REPLACED