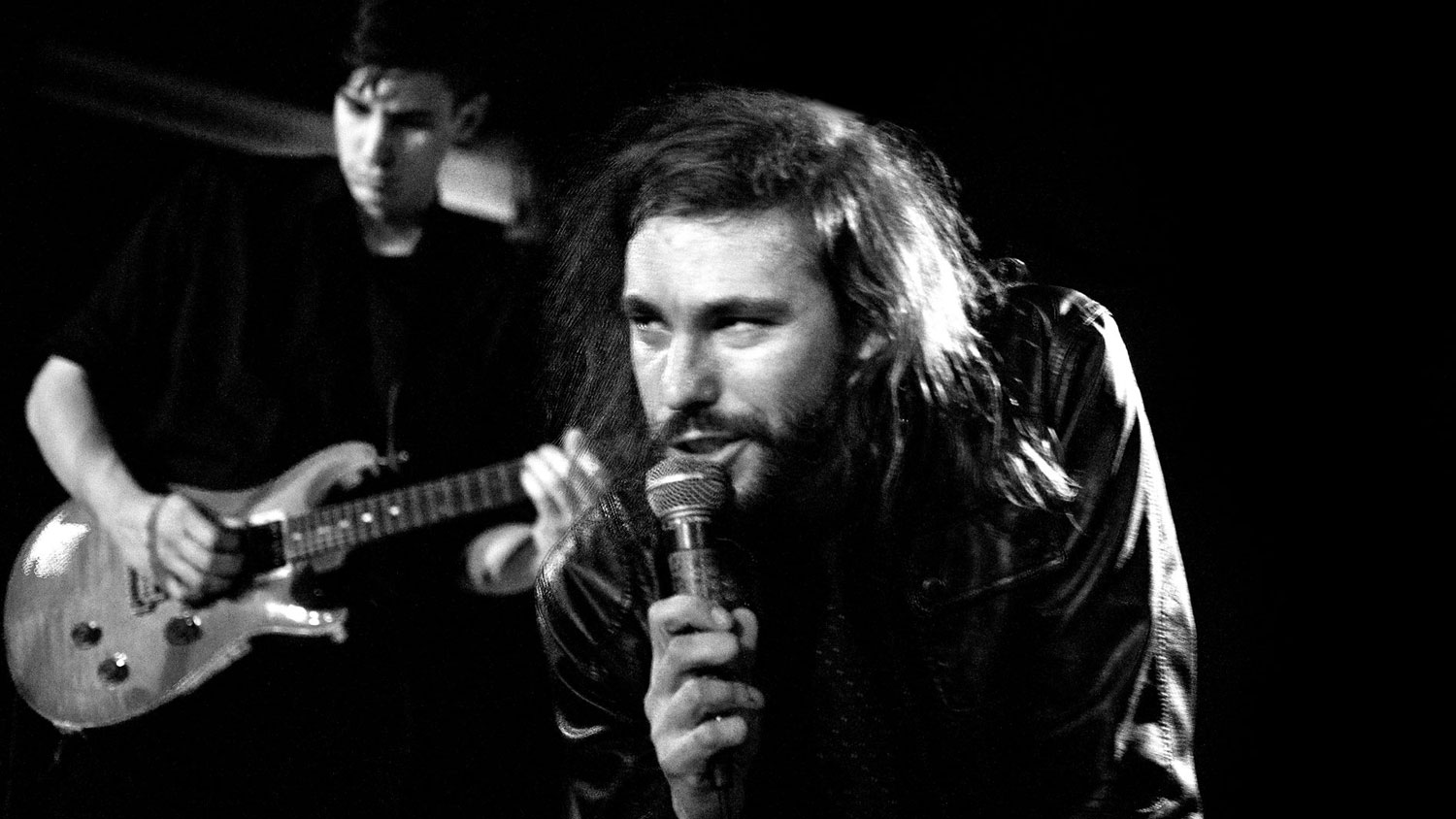 “I remember driving in the car with my Mom and I asked what was on the radio, and she said ‘Fire’ by Jimi Hendrix. I instantly knew then what I wanted to do.”

Today, Davey Jones is the artist behind Lost Boy ?, a one-man DIY project which has evolved from his childhood ambition to make music. From an early age, a steady diet of hip hop and alt/rock radio turned him onto the idea of writing songs. “Hot 97, Z-100, K-Rock, and Q-104.3 were incredible at this point in time,” explains the New Yorker. “I was lucky to have a small cassette-radio in my room and would copy my favourite tracks off different stations to make mix tapes. I would bring them on the bus with me. My friends, whose parents allowed them to buy full lengths, would dub a whole record on an A-side and another on the B-side. I remember having Nevermind on one side and In Utero on the other.”

Davey makes most Lost Boy ? music himself, playing and recording each instrument. “I like being the creator of my own musical world,” he says about what attracts him to this DIY approach. “For me it’s important to write and put my thoughts down because it’s a therapeutic experience and the most fun. Nowadays I’m inspired by so many things: characters I have made up, a friend or an experience. I try never to initially ‘go in’ with an idea for making a song. Usually I map a song with drums first and let the rest follow – that way the song is able to be its own thing. I improv lyrics and then see what the song is about, without there being any pressure to make it something it doesn’t want to be.”

A recent live recording, Canned – Live at Shea Stadium, features a full band rather than just Davey on his own. I wonder how strange, but also enjoyable, it must be to play songs with others that were originally recorded alone. “I recorded and demoed a lot of music, but when it comes to the band the songs will organically change into something else,” he observes. “The songs on Canned specifically were demoed mostly from 2008-2011, but then were played out over a very long period and became the band’s versions. It’s very important to me to view each song from multiple perspectives. A song might be calling for an element only a fresh ear can hear.”

When I ask Davey if he has any upcoming shows or new music, he tells me, “[there may be] a few short runs soon. Goose Wazoo [a new album] will be out soon and I am very excited about it. I would tell you more but we haven’t officially announced anything just yet. Other than that, if you would like to stay updated please visit me sometime at all your favourite click-bait sites.”

After the interview, he thanks me for my “time and curiosity,” and I’m left with the impression that Davey is a laidback guy who plays music for the simple reason that he loves doing it. He is also a shining example of what can be achieved with some guerrilla home recording, and can inspire others to follow suit. With all the DIY tools available out there today, songwriters have arguably never had it so good.

Find out more about Lost Boy ?: