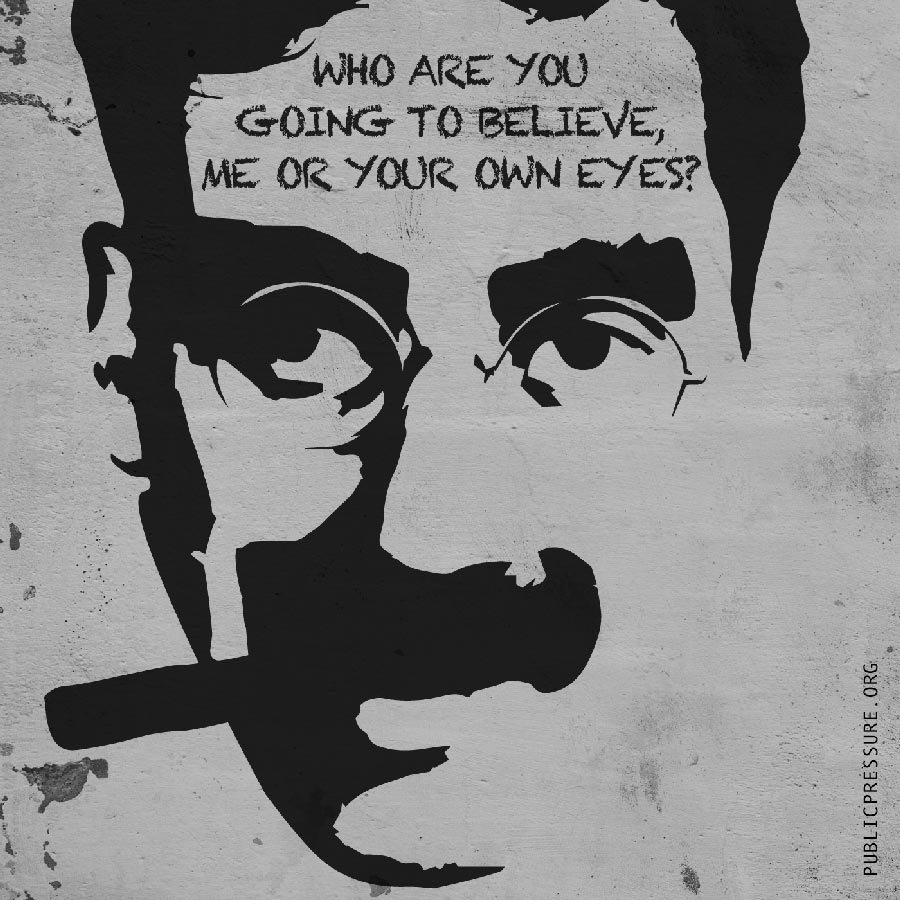 “Who are you going to believe, me or your own eyes?” Graucho Marx in the movie Duck Soup (1933)

Julius Henry Marx (October 2, 1890 – August 19, 1977), known professionally as Groucho Marx, was an American comedian, film and television star. He was known as a master of quick wit and is widely considered one of the best comedians of the modern era. His rapid-fire, often impromptu delivery of innuendo-laden patter earned him many admirers and imitators.

He made 13 feature films with his siblings the Marx Brothers, of whom he was the third-born. He also had a successful solo career, most notably as the host of the radio and television game show You Bet Your Life.

His distinctive appearance, carried over from his days in vaudeville, included quirks such as an exaggerated stooped posture, glasses, cigar, and a thick greasepaint mustache and eyebrows. These exaggerated features resulted in the creation of one of the world’s most ubiquitous and recognizable novelty disguises, known as Groucho glasses: a one-piece mask consisting of horn-rimmed glasses, large plastic nose, bushy eyebrows and mustache.