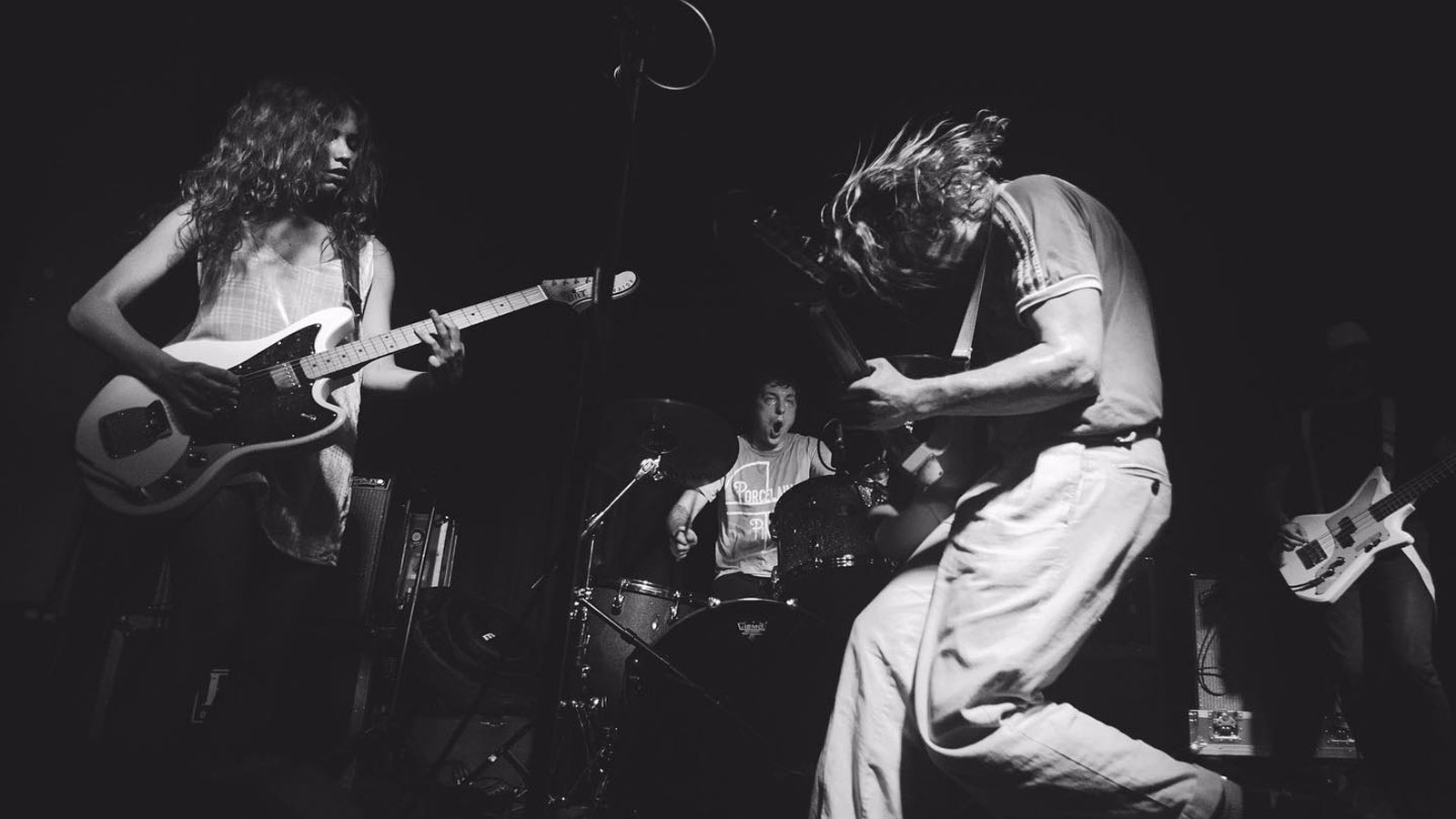 Beach Riot visited Hermitage Works Studios to kick off the beginning of Margo’s Living Room Season 8! The song they chose, ‘Stuck Inside’, deals with the ever topical feminism in society, right?

Rory: Yes, it’s a subject we feel very strongly about. I’m not gonna lie, as a straight white guy, sometimes I feel a bit nervous about that kinda thing. I don’t want to look like I’m jumping on the bandwagon. Like, who am I to talk about it? I don’t suffer any of the consequences of the way the world is! But then I can’t help but think that I should be part of the conversation. It’s something we all need to be talking about to work towards proper equality. It’s been very important to me my whole life. ‘Stuck Inside’ is about what it’s like to be a woman in music. It just isn’t the same compared to if you are a male, or specifically a white male, making art. I saw something recently about a festival in Scotland, that was hitting back at the 50/50 line ups initiative. Their line up was a full-on lad sausage fest. They actually just said more women need to pick up guitars! What the fuck!? How are we gonna make progress with that kind of attitude? And then I see promoters and blogs posting about it, backing them up – the tired old “well if there were more women headliners around then they’d be able to be booked”. Worries me how much work there still needs to be done. We’re in a bubble down here in Brighton.

Do you think that the attitude of said promoters will die out of society, or do you see no end in sight?

I do think it will change, but I’m worried it’s not happening fast enough. The dinosaurs need to die out, big time.

Let’s go back a bit to what you said about being part of the conversation, that being a straight white male is an issue for others. Have you faced any backlash for such commentary?

Rory: I haven’t myself, but to be honest, I’ve not made a song and dance about it as it for that reason, as honestly (maybe stupidly) it makes me feel a bit nervous. My way of doing that is wearing a t-shirt with a strong message at promo shots, festivals or whenever there are cameras. I’ve also written whole songs about politics. Still, I don’t class myself as poetically strong enough as bands like Idles, to actually get the message across. It means something to me and I hope it might to someone else. So it’s all in there for sure, but I haven’t shouted too much about it so far.

Cammie, how do you feel about such issues? Did you contribute to the lyrics of ‘Stuck Inside?’

Cammie: This is one of the reasons why I moved from South America when I was 18 and why I’m in this band. When I tried to join a band In Argentina, most of the people I came across, assumed that I was filling in the role of a singer, without ever even considering a female guitarist in the band. That’s maybe why I express these issues more through writing riffs rather than through lyrics. When we started Beach Riot, I came to realise that it’s not that different over here. Promoter’s emails would begin with “alright lads”, many sound guys would assume that Rory is the lead guitar and frontman, and you’d even hear the odd comment from people saying “she surely didn’t write that guitar part did she”

It’s this ridiculous amount of assumption that spreads the dissonance, isn’t it? Do you intend to use your platform to push these progressive ideas more on the underground circuit? Create band night perhaps?

Rory: There’s definitely some sick female-fronted bands we’d love to tour with, not only to push a 50/50 line up but also because we love their music and what they do. Clt Drp, our friends Gaffa Tape Sandy, Sit down, Penelope Isles and Calva Louise, to name a few.

Hidden away in a desktop file named ‘father’ in a studio overlooking the Adriatic sea, there was a lost, forgotten… END_OF_DOCUMENT_TOKEN_TO_BE_REPLACED

Brooklyn rapper Your Old Droog is replacing cultural figures at a rapid rate of knots in the shape of projects,… END_OF_DOCUMENT_TOKEN_TO_BE_REPLACED