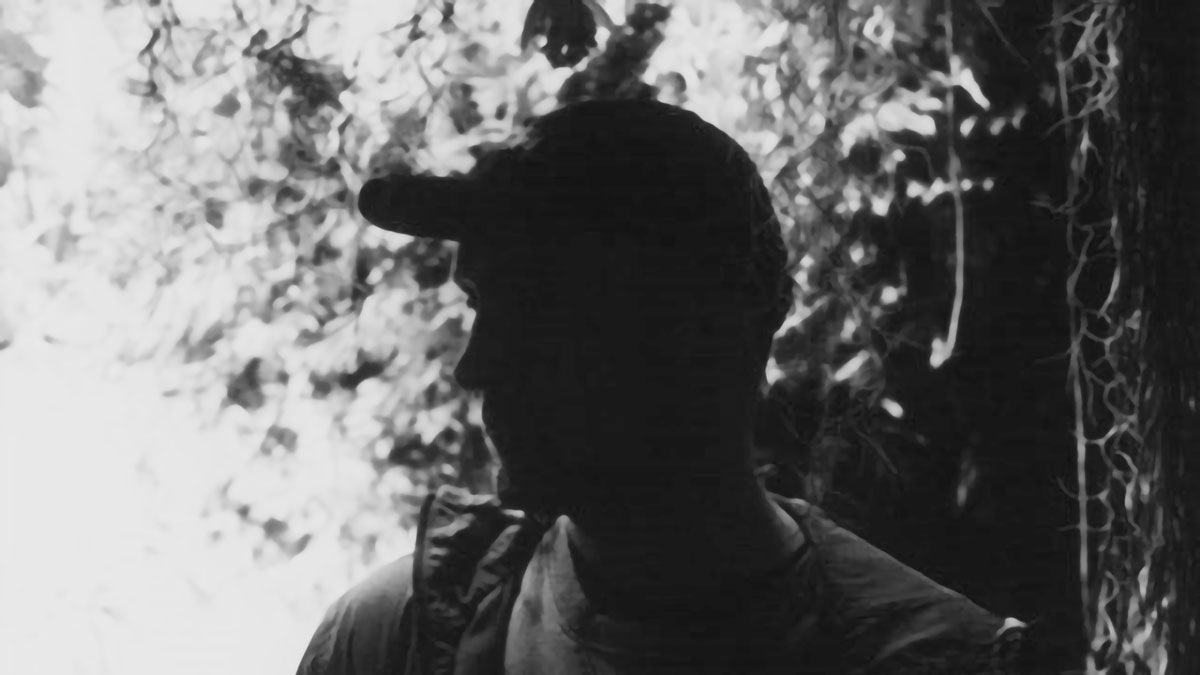 Anthoney J. Hart’s exposure to pirate radio during his childhood and early musical career has instilled within his records the counter-cultural sound emblematic of the 1990s. Through his new release as Basic Rhythm, ‘On the Threshold’ on Planet Mu, these musical roots are united with a keen understanding of contemporary electronic music.

After speaking to him in light of the album’s release, it became apparent that his early experience with pirate radio was also incredibly influential in forming a personal political outlook and attitudes towards the industry. As such, the album’s unique and experimental form takes on a subversive quality, becoming a figurative middle finger to the status quo.

What exactly was your involvement in the scene, and how has it influenced your sound?

Anthoney: I started listening to pirate radio when I was about 11 years old. It shaped my musical tastes and approach, and even to a certain degree a political outlook that I still have today, at a very formative period.

I listened to pirate radio obsessively, from when they were only on at the weekends, then when they came on weekday evenings from Wednesday. I would tape shows and listen back to them trying to work out what certain tracks were and who they were by so I could go to the record shops at the weekend and buy them. I then started playing on stations in the late 90s, and even occasionally now do the odd set on the station that most feels like my family station, Rude FM.

You mentioned that your political outlook was shaped by your experience with pirate radio, how was this exactly?

Anthoney: When I say politically, I mean in the sense that my outlook was formed as a reaction, a counter-cultural action, to the mainstream. We didn’t want to be a part of the mainstream, we wanted to offer an alternative to it. For me this perspective or approach has become second nature.

I see many musicians today whose goal seems to be to become a part of the system, even if they find something wrong with it, they merely want to replace that thing or that person with themselves, not change the system or offer an alternative to it. Pirate radio at its core was an alternative to the corporate system. It was made by and for the local communities as a reaction to the status quo.

‘On the Threshold’ is a Basic Rhythm album, but you’ve also a number of releases under an alternative alias –  East Man. What are the biggest distinctions between them, and why is it important for you to be able to produce under different monikers?

Anthoney: The biggest and most obvious distinction between the two projects is the vocal aspect, the MCs, I suppose. Aside from that I think that the two projects have a distinct sound, whilst still both sounding like me.

The MC led project has a darker, harder, more steely sound, and is in some ways quite minimal. Drawing more directly upon a specific period in late 90s D&B, as well as Dancehall and Techno. Whereas Basic Rhythm as a whole is much more colourful with its sound palette, and a bit more fun musically. Less serious. I still make some dark and heavy tracks as Basic Rhythm, but in general there is a more chaotic and frivolous side to it.

You draw from a variety of musical genres, from 90s hardcore and drum & bass, to grime. This album demonstrates your ability to break away from the strictures of these genres, while still maintaining their influences for us to hear. What is the creative process behind incorporating these influences into your work?

Anthoney: It is much more intuitive than you may think. This is the music I listen to, so naturally, it has an impact on what I make. I have certain parameters that I work within, certain restrictions I place upon each project, mostly regarding the sound palette, and the rest takes care of itself. I don’t overthink it. I should add that I take as much influence from contemporary producers as I do from the already well-established genres of my youth. Musicians like Mickey Pearce, Scratcha DVA, Gage, Cassius Select etc. have all had a big influence on Basic Rhythm musically.