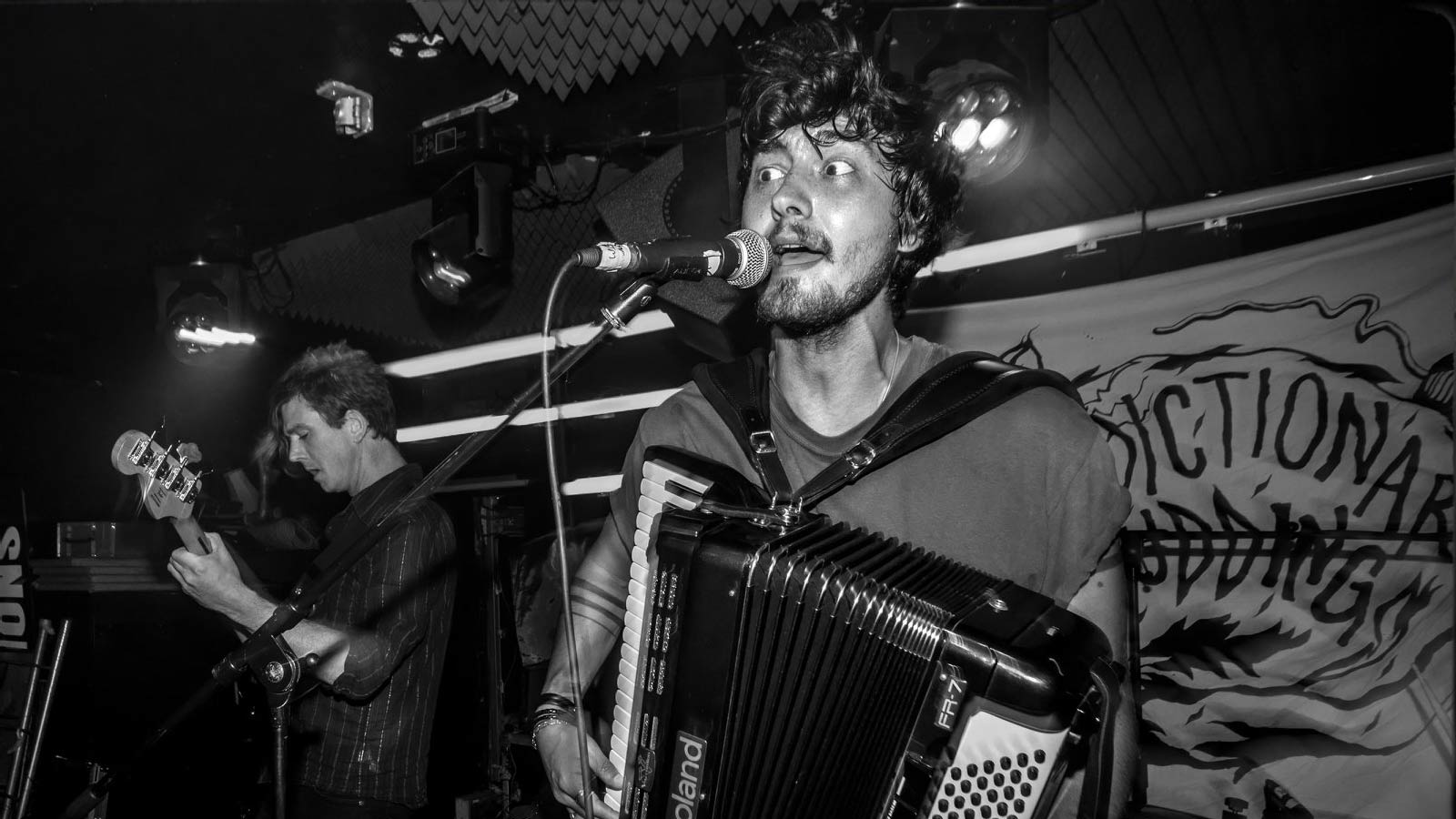 Dog of Man survived their tour and have plans for an interactive metafictional show that might be the best idea since humankind invented the guitar. Hyperbole? Read on and find out …

Tell us all about the tour you just undertook. Much fun had, yes?

Dog of Man: Certainly was. Believe we plumbed new depths on how much free beer can be consumed. The van did not break down and loyally took us from France to Germany and the Czech Republic. It turns out they all use one-way streets just like here who would have thought? But yes, definitely fun. Continental audiences always want to go hard.

Well, good to hear that you’re all in one piece! Any life lessons learned on the road, or were you too blind drunk to notice?

Dog of Man: Watching Ham Legion perform is enough to make any band reconsider how practised they are. I think the regularity of performance goes a huge way towards stagecraft and opportunities to nitpick specific points where things can be tightened up and improved. We’ve had a few after show comments recently which indicate that the show has tightened up since the tour – so yeah, life lessons learned in terms of mastery. As for social skills, we are still floundering.

That’s one of the actual benefits of touring. Had a chat with Nick in an interview just now. Does the name “Ham Of Dog” mean anything to you? How about “Dog Of Ham”? Ha! Some supergroup in the offing!

Dog of Man: Hehe, Dog Legion was also another one. We had a saying when jack (the drummer) and I (accordion) used to play in another band.

Perhaps Dog Of Ham with a single called Dog Legion?

Dog of Man: Nice. We used to say a bad show was a ‘dog of a show’. So we thought OK well maybe that’s what we are. Plus – I think we were probably subconsciously influenced by David Firth.

Ah, I see. Any plans for this year in terms of future releases?

Dog of Man: Yeah. We are working on releasing our first album this August and to make it an interactive experience.

Dog of Man: We will let the audience choose the order of the tracks through a narrative which will decide the outcome of the track listing via Facebook polls.

Christ. Well, let it not go unnoticed that Dog of Man have something to say. Can you tell me what the narrative involves plot-wise?

Dog of Man: Haha yes well as we all know the public knows best! Plot-wise it will take you through a series of questions, not unlike those old ‘turn to page x to go into the cave’ fantasy novels. It is essentially based on the ‘dog of man’ entity who we represent. Driven by impulse but too dumb to be Bukowski.

Too dumb to be Bukowski? It sounds like we’ve found our article title. You have a show with Dog of Man and Hot Sauce Pony on Thursday. Any tricks up your collective sleeves for the show?

OK, but please don’t say technical issues if they occur. The audience never knows and doesn’t need it confirmed! Just chat and shit.

Dog of Man: Of course! It’s all part of the show.

Nice! Have you heard the recent Hot Sauce Pony album? My fav one is Ho. Got any that stick in mind?

Just takes a time signature to make you happy?

Dog of Man: Not at all the lyrics are great

That settles that then! Cheers for your time!

Stay in touch with Dog of Man:

“I have always been open to writing any genre and style. I guess that’s why the Moonsama chaos methodology resonates… END_OF_DOCUMENT_TOKEN_TO_BE_REPLACED

Hidden away in a desktop file named ‘father’ in a studio overlooking the Adriatic sea, there was a lost, forgotten… END_OF_DOCUMENT_TOKEN_TO_BE_REPLACED