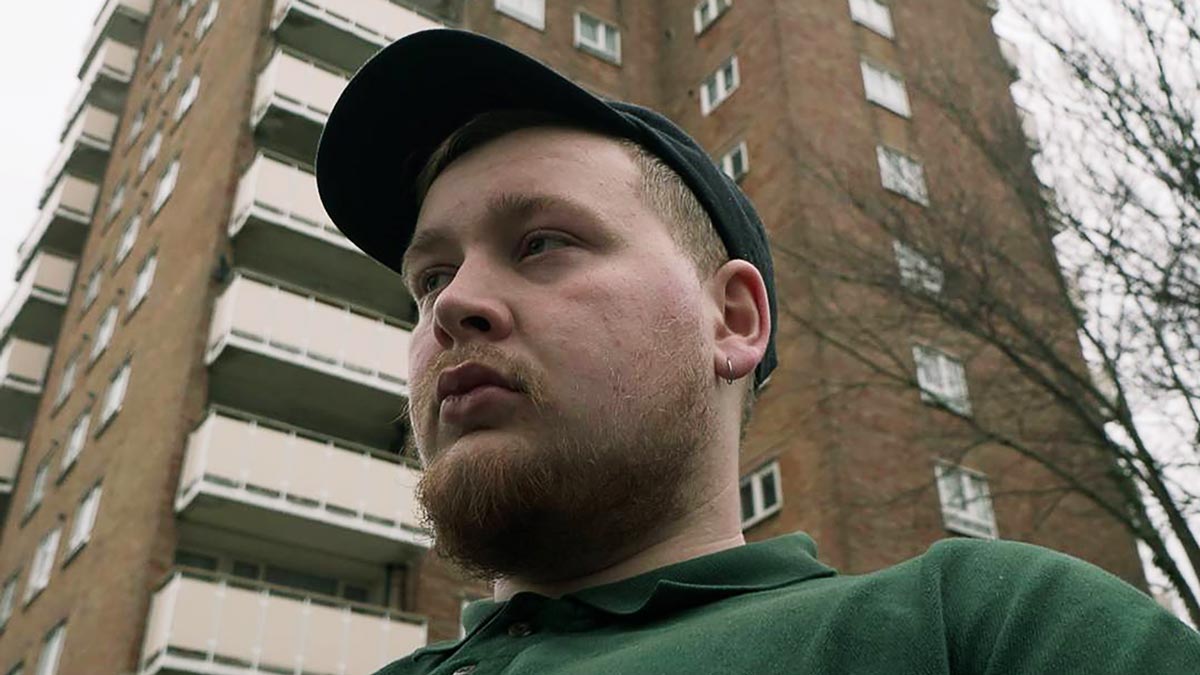 Brighton’s poet Le Toad continues to serve that refreshing realness in his latest ruminations on the everyday. Moving between profound emotion, sensitive observation and languid humour amongst ample, feel-good jazz samples, ‘Chicks & Tikka Naans’ seduces you into a head-bobbing reverie.

Here’s a reminder of Harvs’ humble beginnings and an extra more on his latest work, creative processes and future projects.

When did it all start?

Harvs: I was surrounded by people who were little barry boys blaring Grime out their cars, and I thought this is probably cool. It must be cool. But after growing up, my older cousin started making more UK Hip hop shit and did alright doing that, and I think that was when I began to believe that pursuing something in the style of Hip hop would be better.

Where do you draw your inspiration from?

Harvs: Jazz and Hip hop. I like how Hip hop has evolved, especially in the UK. There is a lot more variety–so many different people do it even though there is more of a scene in bigger cities. I was also inspired by certain productions and to be in the position where I didn’t want to go around asking people for beats. I just wanted to make my own shit and make shit for other people and sample what I want to sample.

Harvs: Ah, most people from those places … all of their ancestors probably still live in the same village and their ancestors and their ancestors too. It’s a fucking weird place. I met some cool people there and lived there until I was thirteen, but the first opportunity I had to get out, I got out. I moved to Ely, which was an island that was infested with eels. However, I did become a toad after.

I’ve been in Brighton for about two and a half years now. When I was about nineteen, I got in touch with some people on Yogocop Records when I was releasing my first ever project with them with a guy called KLB. After that came out, I moved down here because I wanted to be where it seems to be all happening. You know, more people are doing their thing in Brighton. It’s more of a norm for younger people to be creative and to do something else. Where I’m from, a lot of people are like wow he’s doing this and that, but if I were brought up in London or Brighton, I’d be an average person by pursuing something creative. I’ve also just met some of my closest friends out here.

What do you think of the Hip hop scene in Brighton?

Harvs: It’s a dangerous question. It’s cool, yeah. There’s a lot of talented people, but it’s very cliquey. I feel like the scene would be better if it were a bit more united. I see a lot of events only ever putting on their mates like c’mon mate.

What is your creative process? How do you start writing and producing your tracks?

Harvs: Usually, production depends on who I’m working with. If I’m making a beat for a rapper I’ll start with them in the room – start making drums usually – and then ill find a sample from the vibe we’re going for–sad, happy or something heavier. But if I make a beat with a guy called Hutch, who is a pianist, I’ll start with drums then he can play a load of shit, and I’ll chop out what bits I want and sample what he plays. This way gives me more freedom because we have a musician there.

What made you step away from production on the release of Chicks & Tikka Naans?

Harvs: To be honest, when I was doing that project, I didn’t think that my beats were really good enough because I was sat on that project for a long time, like in the process of mixing it and stuff. I guess in the next one I probably will be doing a bit more production, I didn’t think it was up to scratch yet.

Do you visualise your music when you write? Do other mediums influence you?

Harvs: I was always really prang about my videos. Before I made those videos, I did not see myself as someone who’s arty or had a vision of film or anything like that. I was just sort of like, ah, it would be quite funny to have a video of a man with a crab mask walking around town. But when you get the right person to film it, it just happens quite naturally. I’m good at having stupid ideas and getting someone else to have a less stupid idea.

For my track “Some Days” with Crow visuals, we didn’t plan that much at all. We just sort of met up and filmed it. But recently, I have been thinking about the visual representation of my music because it does determine how far your music will travel.

What environments or states of mind do you imagine your music is best experienced within?

Harvs: Shit, I mean, I reckon it’s probably good for when people are feeling reflective, bit sad, and maybe good. I’ve had some people say some of my more stupid songs are good to get drunk to which is entirely subjective. The idea of a big group of people chilling, listening to my music just cringes me out, man, like “listen to this, you have to listen to this”. But it’s not so bad if it’s one at a time. I would wanna eat myself man, fucking hell. I can’t even imagine.

What are you working on at the moment?

Stay in touch with Yogocop Records:

The world as we know it has ended. A nuclear conflict has virtually obliterated human life from planet earth. A… END_OF_DOCUMENT_TOKEN_TO_BE_REPLACED

“Women represent over 50% of the population in Brazil, and if motorcycle-riding former army captain Bolsonaro, is to have any… END_OF_DOCUMENT_TOKEN_TO_BE_REPLACED