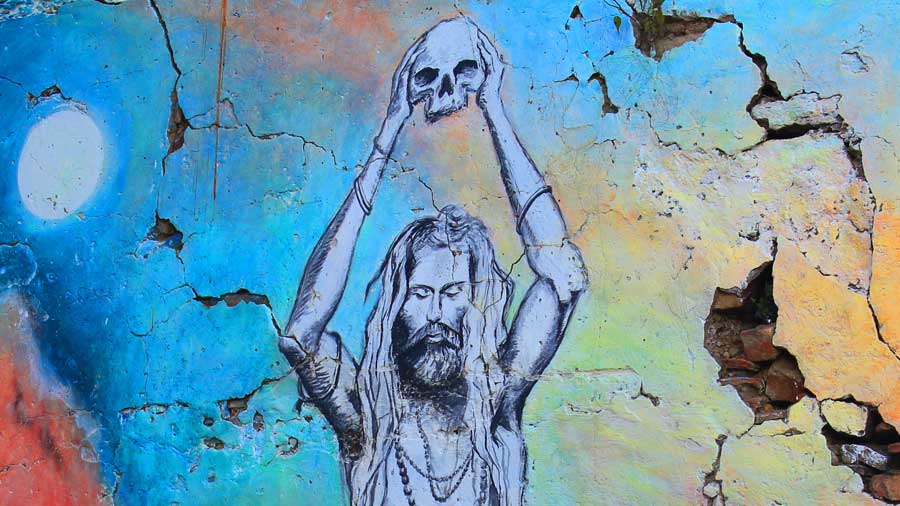 Street art reveals an underground narrative that a city is desperate to share. In some circumstances, the street art that covers the urban jungle is used to highlight atrocities that are unspoken by the local residents, taboos and upsets ushered under the rug and only addressed through this creative platform with little restriction.

In other instances, street art illustrates the creative ingenuity behind a city, where its artists collaborate together, solely using architecture to shape their piece. I explore various styles of street art that are scattered all over the world. Some pieces of work are so hidden and can only be seen by the accustomed eye. Others are much more accessible by inhabitants and tourists; they are shown through tours and appear on street art maps.

Bristol plays a pivotal role within the street art scene in the UK. It is the birthplace of the most recognised street artist in the world: Banksy. Banksy has laid down the foundations of what street art is, creating imaginative pieces of art work which adorn street corners and rooftops, highlighting social and political injustices or merely transforming the landscape. Since he transformed the city, it has become a mecca for artists and creators, and it has come to host Europe’s largest street art and graffiti festival. Thousands of artists continue to create and collate work around the city’s walls; recently focusing more on the aesthetic pleasure of a piece, rather than a subverted message. There are a number of cities around the world where aesthetic pleasure is at the forefront of what street art is for the curators of the scenes. Such a likeness can be recognised in Cologne, Manchester, Berlin, Melbourne, Reykjavik and Barcelona – just to name a few. 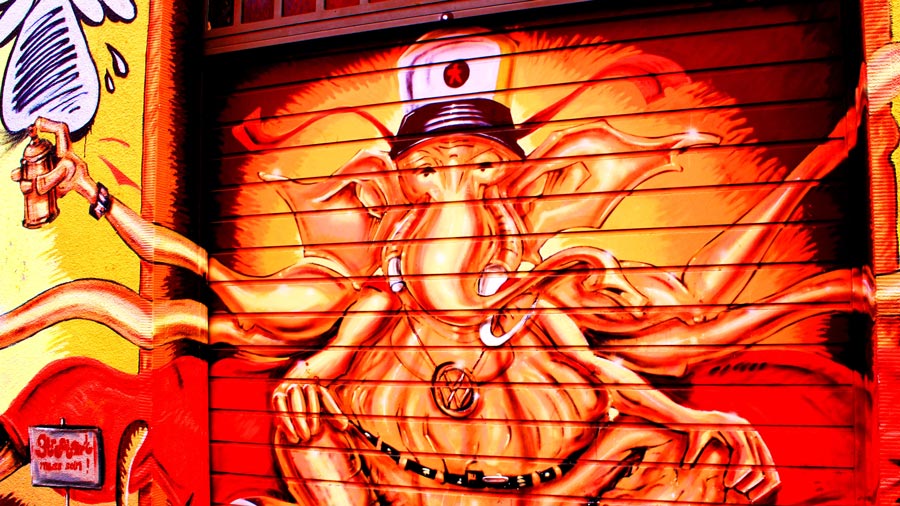 Outstanding examples are to be found in the city of Varanasi in India, where street art offers an entirely different narrative. The wall imagery here tells the story of the powerful endless cycle of life and death: the reason why so many pay their visit here each year. Visitors come to mourn for their loved ones by the River Ganges; treat illnesses by ancient traditional methods, praying in hope to the Gods; whilst others celebrate their health and happiness by bathing in the river, soaking in the natural cleansing elements that keep illnesses at bay – or so they believe. As Varanasi has such a strong overpowering sense of spirituality – with nature, with the gods and with every visitor’s own personal narrative – each piece of art reinforces who the real creators in Varanasi are and their message: it is not an autobiographical account of those with a paintbrush or spray can, but the story of the many spiritual gurus that reside here. 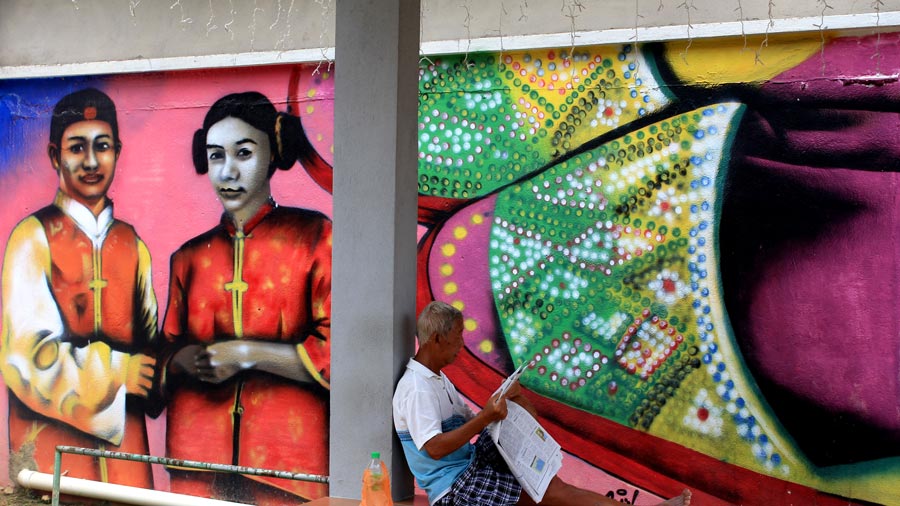 Gazing at Prague instead, street murals present a narrative that has existed for the Czechs for many years: the turbulent and restrictive history under the Communist rule. The catalyst for the creative surge and resistance to the Communist government was the John Lennon Wall, a place of sanctuary and escapism from the realities of their world, where pictures and lyrics of Lennon were illustrated. Their work every day would be painted over by the police, suppressing their voice and creative energies, until independence was declared. Now the John Lennon Wall illustrates the determination and strength behind the Czech citizens. With years of silence and obstructive restraints on Czech lives, street art is used to highlight their now open ability and freedom to share their artistic expression, even having legal graffiti walls for all to co-create together.

In Malacca/Melaka in Malaysia, the same type of art is used to illustrate the Baba Nyonya people’s national identities. With Melaka once being a bustling port side town that carried an influx of trade, years of colonisation have created an illustrious array of cultures that inhabit here from all corners of the globe. As well as having associations with their traditional heritage highlighted by the vast amount of delicious tasting restaurants that differ from each other, the people of Melaka are a culture and community of their own. The street art that encompasses the city not only highlights the connection Baba Nyonya people have with Melaka, but also culturally who they are as people, individuals from various heritages forming their own traditions and attitudes to life.

Street art is an incredibly diverse creative medium, that can emphasise and reinforce cultural notions, political values, spiritual messages, and transform a city’s landscape into a kaleidoscope of colour and design. Just make sure you keep an eye out for it.

All photos by Vicky Carter

Hidden away in a desktop file named ‘father’ in a studio overlooking the Adriatic sea, there was a lost, forgotten… END_OF_DOCUMENT_TOKEN_TO_BE_REPLACED

Brooklyn rapper Your Old Droog is replacing cultural figures at a rapid rate of knots in the shape of projects,… END_OF_DOCUMENT_TOKEN_TO_BE_REPLACED