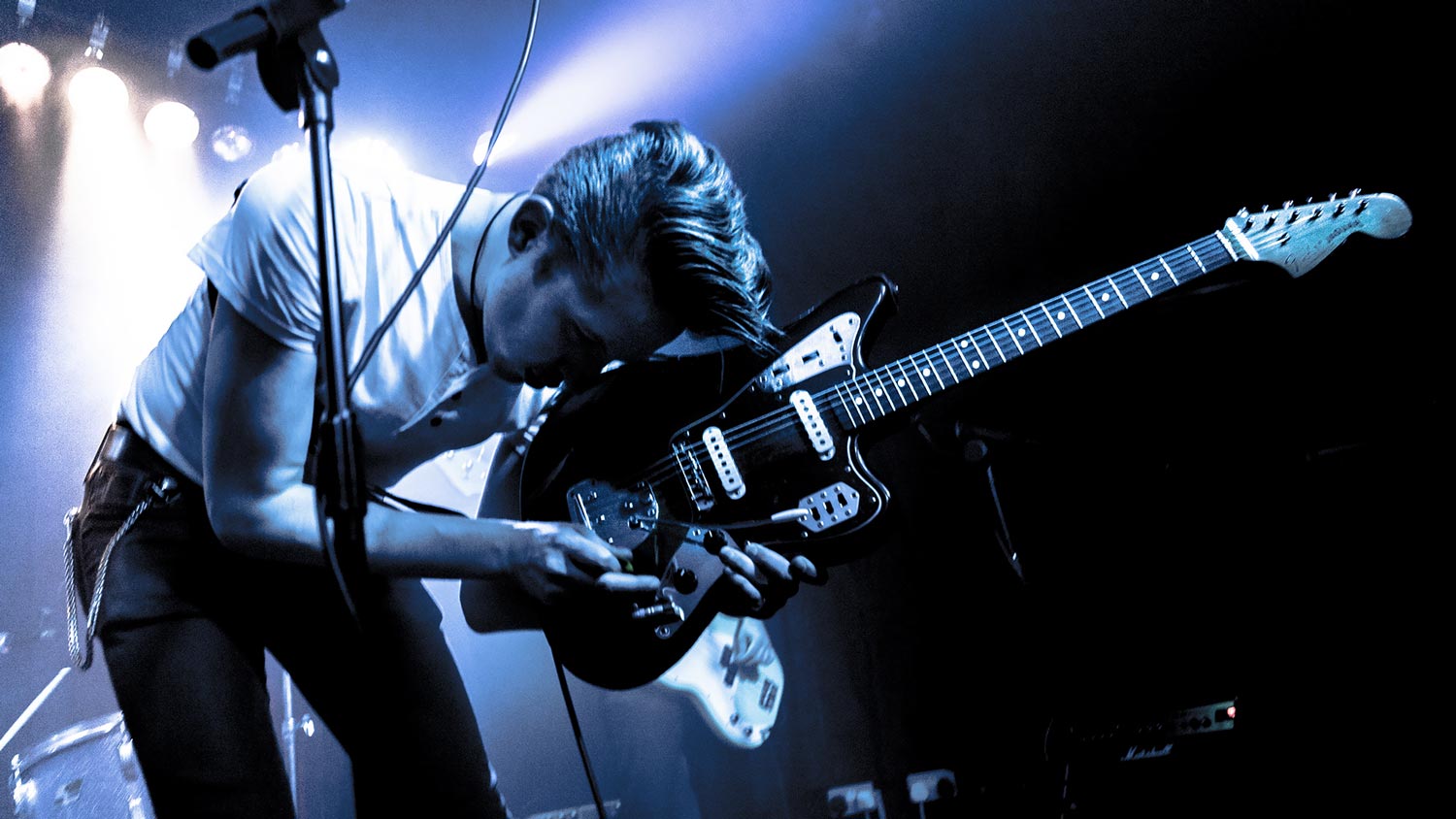 Sly Persuaders talk to Chris Sparham about their sound and the Roadkill Records scene at their last live gig at The Finsbury for Blogtober Music Festival.

Chris: We’ve doing some garage rock before and wanted to take a bit of that, a bit of a surf-garage thing, a bit o frock n’ roll but also just be able to take it off somewhere without really having to stick solidly within the genre.

Danny: We just got to the point where we want to do something a bit more original, just bring in a few other influences as well.

Chris: Yeah, it is, in inverted commas, sorry. But since you call it scene, man, it’s like the NME knocking at the door, if it still exists.

Danny: We were at a similar level as well, as Roadkill. We started off in a very small basement bar when we were not bringing many people. Just first trying to get the sound and as things got bigger they were also getting bigger as well and it’s worked into quite a good union.

Alex: We all grew together.

Leroy: It’s like a good family of bands to play in it as well.

Alex: We all played the same gigs. We’re all great friends and we got to know each other well and it’s usually the same people coming along

Leroy: I have seen gigs with other bands where their sound just doesn’t fit. There might be a hip hop band, we have a post-punk kind of sound. Josh (Roadkill Records) knows how to pick the bands that will gel together.

Find out more about The Sly Persuaders:

The world as we know it has ended. A nuclear conflict has virtually obliterated human life from planet earth. A… END_OF_DOCUMENT_TOKEN_TO_BE_REPLACED

“Women represent over 50% of the population in Brazil, and if motorcycle-riding former army captain Bolsonaro, is to have any… END_OF_DOCUMENT_TOKEN_TO_BE_REPLACED