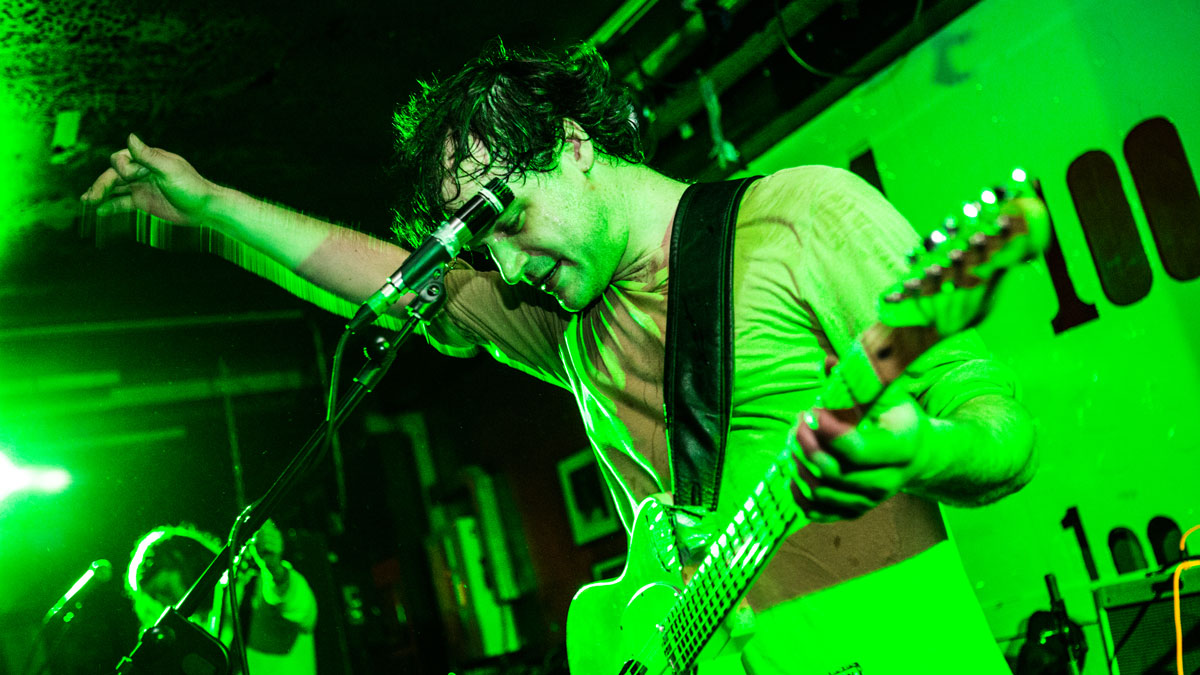 As FDR once said, ‘There is nothing to fear but fear itself of not seeing a cracking Phobophobes gig’ or something like that.

If you’re in Phobophobes you’re hoping lots of people take a punt on you as your profile rises. There’re the early adopters, those who’ve seen and supported you from the early days, unlike myself, a newbie, drawn in like a moth to the flame.

Strangely, my first attempt to see them was at The Shipping Forecast, Liverpool; I was going for a couple of days in November and couldn’t believe my luck but they rescheduled to December! Not a problem, I was at the 100 Club to watch the Phobophobes last night, bonus points for me as I had my first exposure to “Yowl”, a perfect accompaniment! 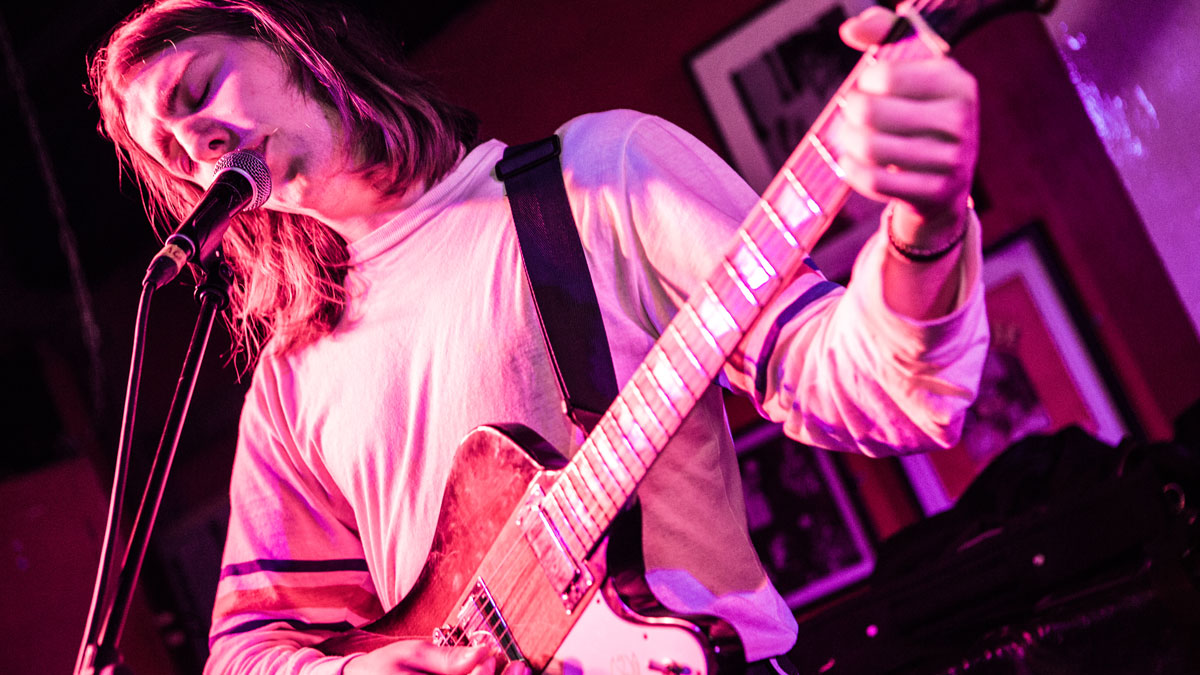 So this was my first Phobophobes gig, I wanted dynamism, energy, ebb and flow, the kind that animates and transforms the recordings and songs you’ve already heard and love into a different animal live. The bulk of fans wouldn’t be aware or care how ground-breaking the 100 club was in the late 70s.

Yowl provided the driving, attitudinal start to the evening, music with somewhere to go and an audience happy to go along for the ride. I was close up and personal a couple of times as the lead singer joined the worked up punters in front of the stage. I look forward to seeing them again!

As the “resident for the evening” poet came to an expletive-filled end to his introduction to the band, the crowd tightened around me and that territorial instinct kicked in, I was in a good spot by the keyboards and I wasn’t going to give it up easily! I could see a set list and I had the advantage of knowing what treats were coming next! Like everyone else I was eager for it, a kid expecting presents excited and energy to let rip and it was a school night!! 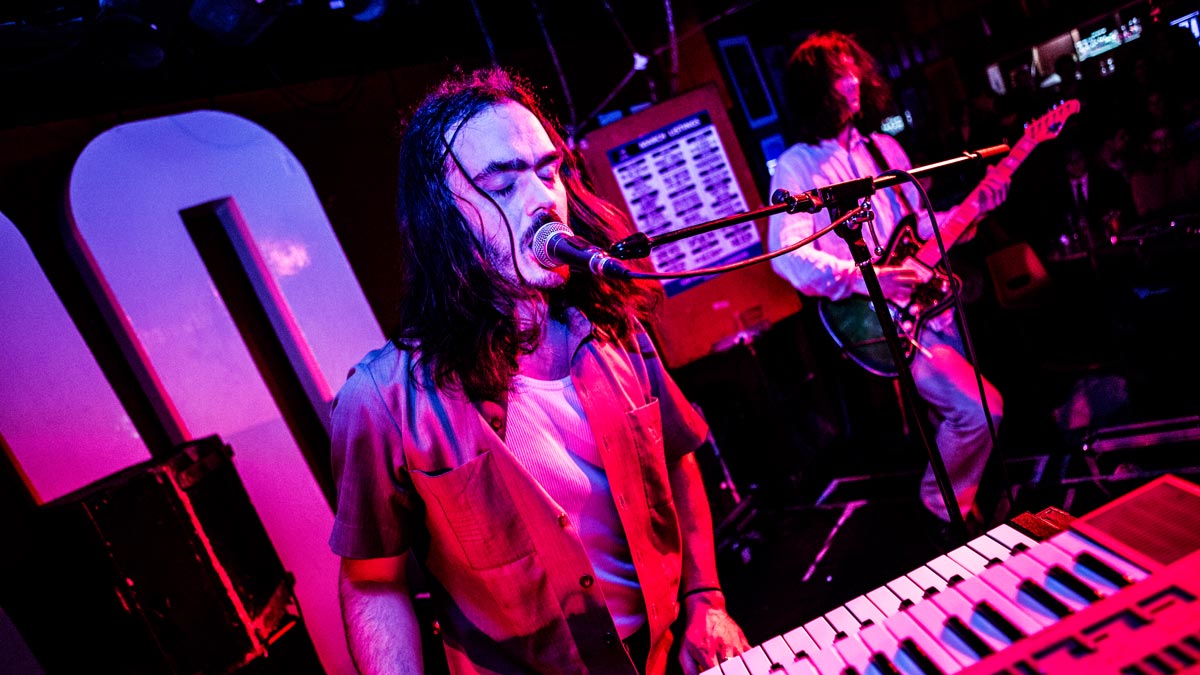 That same audience, a tipple or two between bands, was good and ready for what was to come. The Fun was about to begin; foot tapping and rocking on heels soon gave way to arm flailing as the Mosh gathered momentum the band having kicked off the new album title track and punctuated the rest of the set with audience-pleasing tracks as they unfurled; the smiley, knowing exchanges as friends and strangers alike recognised the first few bars of their favourites or just a bloody great song!

How to finish the gig? There’s been a blend of old and newer songs so what can the band play around with and undulate to go out on the “Legal” high we deserved. I wanted a cherry on top of this peak performance, “Free The Naked Rambler”. I strongly advise anyone to grab the chance to see them on this tour, you won’t be disappointed.

Stay in touch with Phobophoes here: