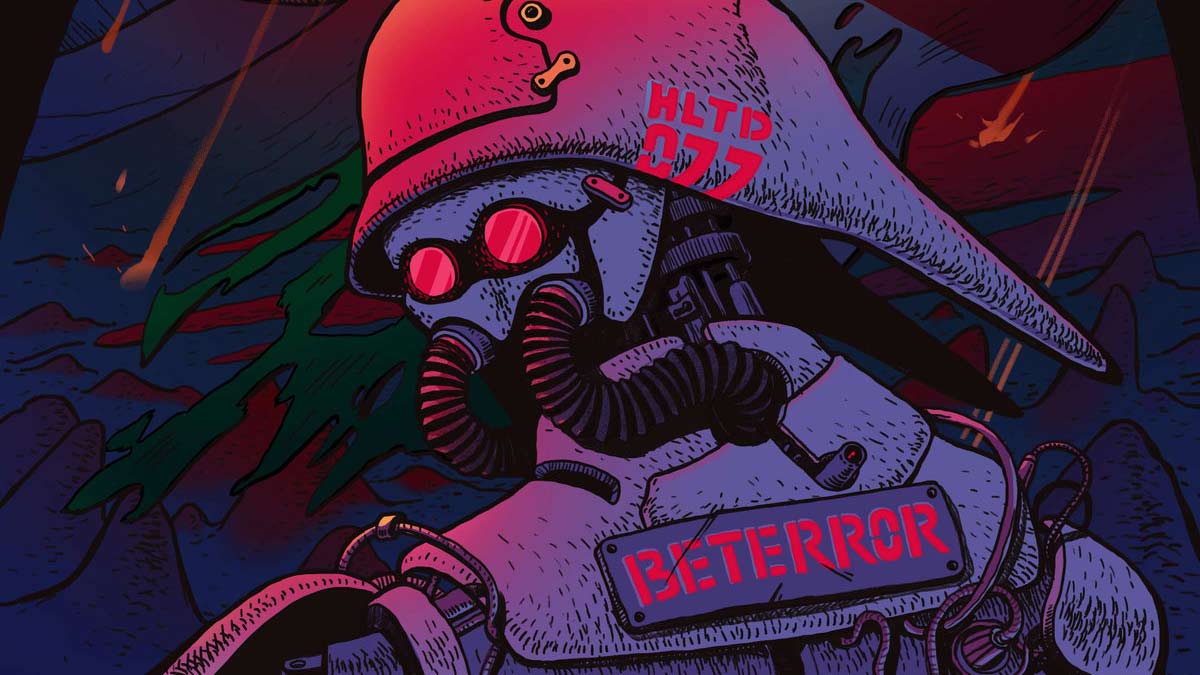 Russian crossbreed label Harder and Louder Recordings just dropped Beterror’s new EP ‘Napoli’ and damn… this shit hits hard. The record kicks off with a beast of a dark D&B beat in ‘Black Hole’. The drums are relentless and furious and bassline is… it sounds cheesy but honestly there is no other word for it… nasty. There are obvious horror influences here with chopped up ‘child voice’ and scream samples heavily featured in second track ‘East’. Refreshingly this EP is really well produced and Beterror’s music sounds like something you’d hear on a massive D&B channel only less formulaic and cliché.

The record’s name and title track is a tribute to the recording location of the EP which was (you guessed it) recorded in Italy despite Arthur Beterror’s Ukrainian heritage. The artwork actually features Italy’s legendary Vesuvius erupting behind the robot in the foreground. Appropriate really as erupt is exactly what Beterror’s ‘Napoli’ does.