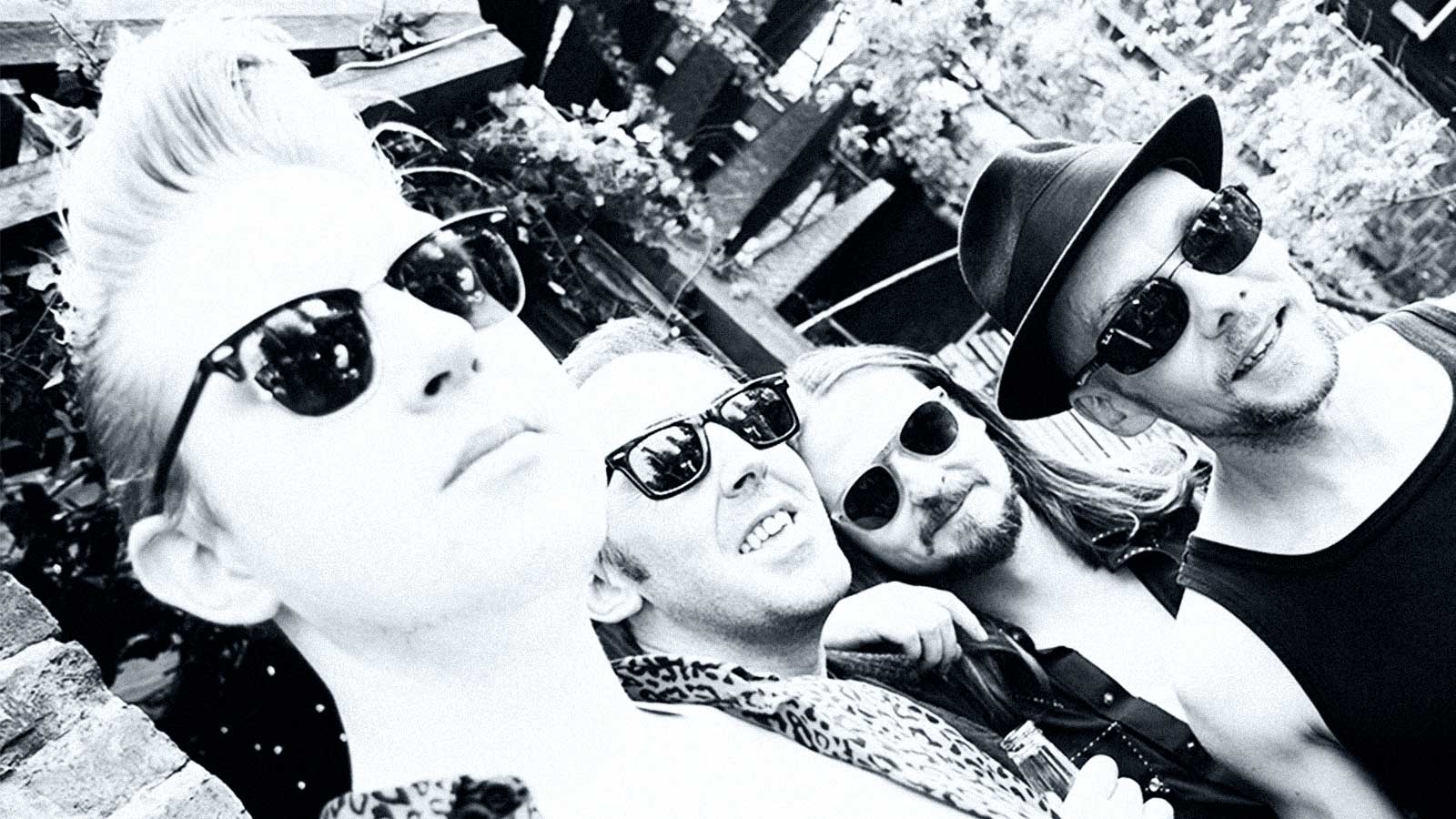 The Sly Persuaders are playing their cards close to their chests right now. I ask singer Chris Blake if there’s a single on the horizon? “We’ve got a single coming out this summer on Roadkill Records. I can’t say much right now, but there’ll be proper announcements coming sometime in the next couple of months.” Ok, what about an LP? “Again, there’s not much I can say right now but we’re hoping to get it out this year.” Hmmm, a tour, maybe? “[Y]ou’ll have to keep an eye on our pages. Hopefully we’ll have some more we can say on that soon.”

Interview gold, am I right?

But this is a band who are keeping secrets for the right reasons: not because they’ve got nothing to say, but because they want to make sure that it all gets said properly.

With influences ranging from Grinderman to Iggy Pop, garage fuzz to surf blues, saying it properly means keeping a distance from the mainstream and obvious. Instead, they have planted their flag with Roadkill Records, a label with a DIY ethic that still issues on cassette. It seems like a perfect match, a spiritual home for the band: “The whole Roadkill aesthetic and attitude is a really good fit for us (basically we love the same stuff) so we ended up playing a few of the Roadkill nights. When we heard about the label and compilation, we knew we just had to get on it. There’re so many great bands on it – it’s a great example of just how much quality new music there is at the moment.”

The compilation (available here on Bandcamp) showcases this exciting new music, with The Sly Persuaders getting the prestigious opening spot with their song, Fool. When the label was officially launched, SP took part in the all-dayer: “[It] had a stunning line-up and we were thrilled to be a part of it.” You can see some of the highlights in the clips below:

Although Roadkill issues on cassette, Chris doubts whether we will have a tape revolution to rival the vinyl renaissance: “There’s certainly nostalgic and novelty elements at play, but ultimately cassette tapes are a good, relatively affordable way for a band or label to put some physical music out there…Vinyl is very expensive to press, and no-one wants to buy CDs or pay for downloads, so the cassette is [a] groovy way to make music available to fans without just giving everything away for free all the time. And they do look cool.” For a gigging band, they have one more clear advantage: “Also if you buy one at a gig it fits in your pocket, unlike an LP.” Good point, well made.

The only definitive information that I could pin the band down on was that drummer Alex is running the Brighton marathon for St George’s Hospital Charity (training seems to be going well – Alex: “My legs are steel pylons. I don’t do knackered legs.”). But The Sly Persuaders are a band with a distinctive sound on an exciting label with plans up their sleeves. We’ll just have to be patient. After all, building up a career in music is more a marathon than a sprint…

Find out more about The Sly Persuaders:

And spare a few quid for Alex’s marathon fund here

“I have always been open to writing any genre and style. I guess that’s why the Moonsama chaos methodology resonates… END_OF_DOCUMENT_TOKEN_TO_BE_REPLACED

Hidden away in a desktop file named ‘father’ in a studio overlooking the Adriatic sea, there was a lost, forgotten… END_OF_DOCUMENT_TOKEN_TO_BE_REPLACED