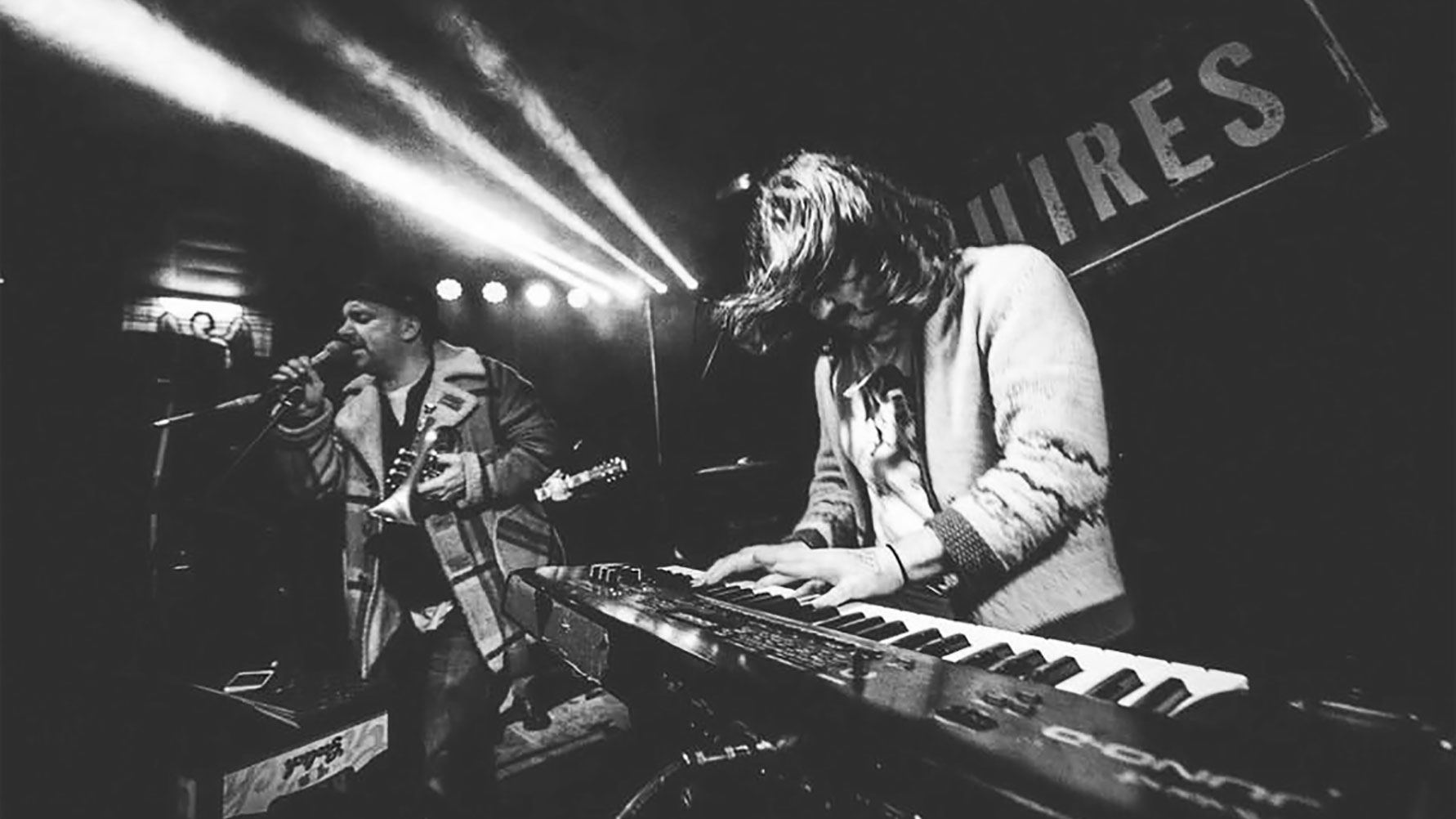 The first time I saw Meatraffle was at The Brixton Windmill and everybody was either drunk, high or ever so slightly beleaguered. The drummer had switched places with the keyboardist and was lost downstage, pint in one hand, mic in the other. I can’t tell you about the rest of the night, but I can suggest that after watching the fantastic ‘London Life’ video, you’ll feel inspired to buy a ticket for their SXSW fundraiser event at Brixton Windmill this Friday. Any band that books Nuha Ruby Ra (Arrows of Love), Pink Eye Club and the transcendent Aloha Dead is to be commended.

More acts to be announced and I’d bet the money I don’t have that Fat White Family fans may be interested in the reveal of the aforementioned mystery guests. For fuck sake, Pregoblin are DJing, so yeah, Friday night seems to be sorted out for you, you lucky, lucky people.

The news is in, and Brexit really has royally fucked up the relatively easy access for bands to our island. Expect less touring from 90’s legends Sleator-Kinney. Hope you have a ticket to see them at the 02 Academy this Wednesday? Big Joanie are in support (how far they’ve come)! So make this date as it ought to be a special one.

SPQR and Mice On Mars play North London’s The Grace with … hold on … SPQR and Mice On Mars?  Only one of them being on the bill should be enough to have a lengthy line circle the venue twice over. If you love your angular post-punk and spikey chorus’ laden with social satire then you’ll adore the night. Had a listen to The Palpitations moody post-punk online and can safely recommend heading down early.

I’ve not seen Dog of Man for ages let alone been to Brighton for too long now. If you live near that part of the U.K coast and have not experienced the head rush of organ sounds mixing with punk-esque calamity then do yourselves a favour and see Dog of Man. They will have you on your hands and knees eating out of the palm of their wondrous hands.

Frauds, those musical mavericks are playing Friday night down in London, and are arguably (though arguments against are surly flawed and brittle) one of the only bands I’ve seen who’ve never turned in a run of the mill performance. They seem to get their act together tighter every time I see them. So, go verify this information by stopping by The Victoria in Dalston East London.

Or not. You may find yourself drawn to the sprawling mad as a hatter movement of Hayden Brown in Blue Statue. With vocals from him and his brother Aaron (such a weathered and commanding voice on the lad), Blue Statue are playing motherfucking Lexington in London.

And what Friday could be complete without the sonic barrage of Darren Laurence a.k.a Legpuppy? His surreal majesty shall hold court at the infamous Birds Nest (South of the river) and surely, respectively, beyond a reasonable doubt, the band will be playing brand new single ‘Secret Friend’. If not, expect some kinda riot or a wormhole to end humanity’. Nuff said.

Well, almost. A Void will be playing an unplugged set in Camden on Saturday. I can’t quite picture the rabid movements of Camille and her merry band sat on stools as they so often find themselves on their knees or crashing into each other. Weirder things have happened. Enjoy.

“I have always been open to writing any genre and style. I guess that’s why the Moonsama chaos methodology resonates… END_OF_DOCUMENT_TOKEN_TO_BE_REPLACED

Hidden away in a desktop file named ‘father’ in a studio overlooking the Adriatic sea, there was a lost, forgotten… END_OF_DOCUMENT_TOKEN_TO_BE_REPLACED