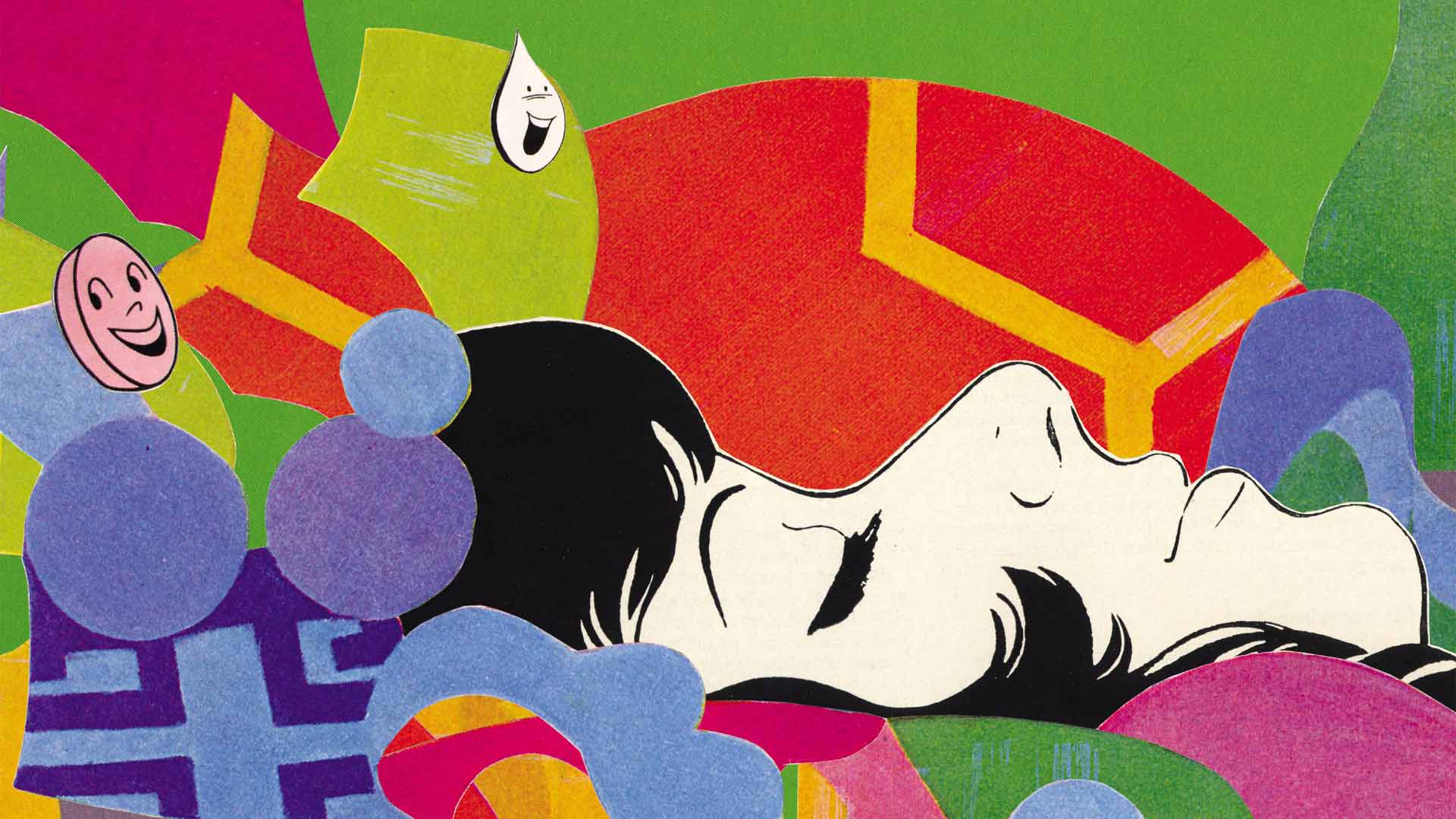 Morriarchi’s up-coming collaborative album is an entirely different beast from his previously hip hop based sounds. I had a chat with him about the label and Terry Gilliam’s ‘Brazil’. All through a social-distancing compliant Zoom video call. So tell us about Group BraCil, what is it all about, are you the founding father?

Morriarchi: Group BraCil was kinda birthed out of the other music I was making alongside hip hop stuff. I’d go as far as to say I’m the father I guess hahaha, maybe the mother as well, its definitely a family though, everyone involved has played a massive part for me no matter how big or small the contribution was. I just kinda experimented more, took a break from a side of music I felt I was maybe getting a bit complacent in.

The title of the new album, ‘Happiness, we are all in it together’, comes from an advertising billboard seen in Gilliam’s film ‘Brazil’, tell us more about it.

Morriarchi: We came up with the name for the compilation in 2019. At the time, I felt like I was starting to live in that movie. Image and vanity were obsessive to the point of absurdity, atrocities happened regularly to little if any reaction from the general public.

Governments lie to us, and we almost laugh at our own compliance, and then Coronavirus happened. Something that forces us apart but ultimately proves that we need to be together to move forward; it’s almost a spiritual awakening for the majority of us.

In a dystopian world of information and technology, togetherness is an ambiguous concept. How did we get to this then, what triggered this new label?

Morriarchi: The song that was kind of the nucleus of the label was ‘Suspicious Eyes’ by Violet Springs, produced by Illuzual. (They’re) both close mates of mine and they made that quite a while ago, and I heard it and was like I love this song so much I wanna put it out! Selfishly I’d always been concerned about putting my own stuff out, but this was the first time I was so excited about a song that I was willing to take the plunge and start a label. That song kinda sat on the back burner until this release but gave me a taste of where I wanted to go with the music, and I did ‘Old Paradice’ with Confucious mc, that set a bit of a tone as well… Confucious set a precedent of what I wanted rap music-wise, making artists in a similar lane such as Verbz make sense releasing an album with us? Then with the inclusion of Norm Oddity, Lewps Hekla and Chuck Enzo, the instrumental side started to take shape, and I could see an idea of where it was going to go. It can get a bit grimier here n there, but ultimately I wanted everything to have a warmer, weirder sound with a hazy sepia tint to it.

A.H. Fly dabbled with the saxophone; you ever pick up an instrument to create a specific sound?

Morriarchi: I’ve begun to find that live instrumentation and general human musicality adds so much to songs, even a loop? Just add something, whether its eq, a lil bit of percussion, a random sound, just try and add some personality I guess? If I can’t add it myself, I’ll usually get Jack Steven Oliver, a fantastic keys player, Rudi Creswick as well plays bass for Tom Misch… or …Meslo!!! Who is hands down one of my favourites at the moment and proud to say we have music coming with him too!

My last album ‘A Lot of People Tell Me I Have a Fake Guitar’, that’s all synths, apart from the drums, that’s all me playing everything in. I used to play different horn sections, now I’m thinking I’ve got the time I might pick it back up, might hear a trumpet or trombone on some up-coming stuff. I’m learning to get better on the keys a and I’ve got various instruments lying around here, so once I’ve got out of admin mode I’ll have time to experiment and be a walking band like those old comedy sketches, cymbals on me ankles and a harmonica strapped to my face.

What can we expect to see from Group BraCil with future releases?

Morriarchi: Some of the artists like Spectacular Diagnostics, Meslo, Don Leisure they’ve got up-coming releases on the label, ‘Happiness, were all in this together’ is kinda a precursor to some of those as well as showcasing what we’ve previously released and have just run up currently. Hopefully, more stuff with Verbz, can definitely say that, some bits with Violet Springs hopefully, Bador, a full-length Chuck Enzo LP and some more Old Paradice from myself and Confucius MC.

The conversation got more introspective as the room got smokier.

Anything else you would like to say on the release?

Morriarchi: As much as technology aids communication, I feel we interact even less on a fundamental level. Now we see that we take that for granted. Now spending hours in a screen might not be as appealing after months of lockdown, and people will leave their house more, visit friends instead of text. And to bring it closer home, in the music sense, people will make more effort to see their favourite acts live, buy vinyl and merch from independent shops, so they have actual memories and connections, not just followers and likes.

Our project was done by people from all different backgrounds, it’s a collective goal that emphasises the ethos of the label: keep it weird and wonderful, and do it together.

In a morbidly weird way, the Coronavirus has definitely brought people together; as will this great collaboration from Group BraCil. ‘Happiness, we’re all in this together’ is out on all streaming platforms. Alternatively, get your physical copy from Group BraCil’s Bandcamp where 10% of vinyl sales will be donated to the good people at Food Aid Network.

Stay in touch with Group BraCil:

“I have always been open to writing any genre and style. I guess that’s why the Moonsama chaos methodology resonates… END_OF_DOCUMENT_TOKEN_TO_BE_REPLACED

Hidden away in a desktop file named ‘father’ in a studio overlooking the Adriatic sea, there was a lost, forgotten… END_OF_DOCUMENT_TOKEN_TO_BE_REPLACED