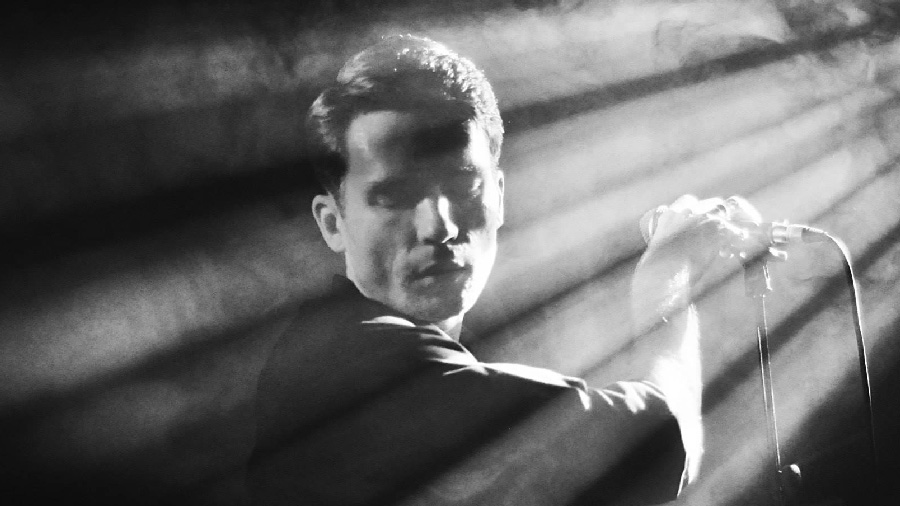 It’s a strange dystopian world the one Terminal Gods live in. Their new album ‘Meridian’ comes with classified documents, occult references to a hoax and other weirdness. Follow their links and lose yourself in Terminal Gods’ rabbit hole. Here is an exclusive premiere of their latest video ‘Sleep Machine’ by Stacy Picard:

“Well, this is the third Terminal Gods video I’ve made and easily the most enjoyable to film. Normally I’m stuck behind a camera inhaling whatever a smoke machine wheezes out, watching goth’s answer to Robert Palmer bully his drunk bandmates and talk about his favourite jazz albums, but this time they weren’t in the video for more than a few seconds.

Instead my dog Tofu and I would go out on sunny springtime days and take time lapses of big beautiful clouds over West London’s many industrial estates, stopping occasionally for breakfast at a cafe where I would order an omelette for myself and a raw egg for Tofu, my little princess loves her eggies. We had a great time, I got a tan, lost weight, and got really zen from looking at all the cloud filled skies – I feel relaxed and look great by the way.

Once the filming was done I got down to the task of turning all that serene natural wonder into post-industrial misery, a comment on the nature of our modern “worker bee” life styles, how the industries that were created by the people to benefit the people have now enslaved us, or at least that’s how I remember the brief.”

Stay in touch with Terminal Gods: